The Divine Signature of the Genetic Code 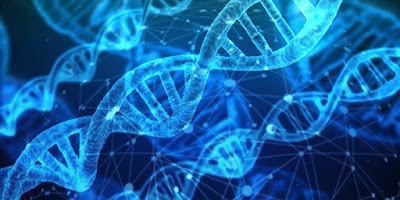 From the revelations of the New Church, it is revealed that God is life itself, and all life forms are recipients of that life which they receive through spiritual influx. We also know from the revelations, that all natural forms, especially forms of life, are symbolic representations of spiritual ideas and concepts. Now lets take this further: all of life is based on the genetic code of living cells. The genetic code is composed of codons, which is a sequence of three nucleotides, a specific type of organic molecules. In DNA we have guanine, adenine, cytosine and thymine. Within the genetic code there are exactly 20 amino acids, and these are known as the "canonical" amino acids among the 500 or so amino acids found in nature, and are the foundation of all life.

If God is life, and is the source of all life, is there any "signature" or mathematical pattern found in the genetic code?  The answer is yes. The pattern is statistically significant and there are no known natural laws that explain it; nor is it random; nor does the mathematical symmetry seem to be a necessity for the biological processes of the genetic code itself. Two scientists discovered evidence of an artificial mathematical code embedded into our genetic DNA, which cannot be explained by evolution and is not random. Their findings were published in the peer reviewed scientific journal Icarus in 2013. From ET Genetic Code May Be Found In Human DNA, According To Kazakhstan Scientists' Biological SETI Theory

"Two scientists in Kazakhstan believe humans may have an extraterrestrial "stamp" embedded into our genetic code, a mathematical message that would not be explained by Darwin's theory of biological evolution.
The scientists are suggesting that an advanced alien civilization "seeded" our galaxy eons ago with an ET signal that eventually found its way to Earth, implanting a genetic code into humans... Physicist Vladimir I. shCherbak of al-Farabi Kazakh National University of Kazakhstan and astrobiologist Maxim A. Makukov of the Fesenkvo Astrophysical Institute refer to this far-out concept as "biological SETI."

The article is entitled The "Wow! signal" of the terrestrial genetic code, and can be found here: https://arxiv.org/abs/1303.6739. They proposed that this genetic signal was due to panspermia from millions of years ago. One biologist refuted it, stating they did not properly rule out the "operations of natural law." From Panspermia:

"This claim has been refuted by biologist PZ Myers who said, writing in Pharyngula: Unfortunately, what they’ve so honestly described is good old honest garbage ... Their methods failed to recognize a well-known functional association in the genetic code; they did not rule out the operation of natural law before rushing to falsely infer design ... We certainly don’t need to invoke panspermia. Nothing in the genetic code requires design. and the authors haven’t demonstrated otherwise."

The authors of the original article then published another subsequent peer reviewed article, where they test the probability that the pattern was due to naturally occurring laws, applying statistical methods. And they arrived at the same conclusion as the original paper: this is not due to any naturally occurring law. Their paper addressing the criticisms can be found here: SETI in vivo: testing the we-are-them hypothesis.

So what did they find? Based on the codons, and the amino acids formed from the codons, and the nucleons in each amino acid, there are mathematical symmetries that reveal the following numbers using base 10: 111, 222, 333, 444, 555, 666, 777, 888, 999. The number are formed by mathematical symmetries, and the foundation of it is the 74 nucleons in the uniform part of the 20 amino acids in the genetic code.  See the following two videos which explain the findings in a graphical manner, as the articles are hard to follow:


THE DIVINE SIGNATURE IN THE GENETIC CODE

I think the article reveals a significant mathematical pattern of high order. It is a "signal," but not from extraterrestrial panspermia - that would have us believe that some alien race managed to be the origin of all life. More likely it is an elegant mathematical pattern, similar to the atomic table, but of higher order since this natural form is a recipient of life. And as God is life, it provides us with a Divine signature. It is not a message from an extraterrestrial race, it is a message embedded on the fundamental building block of life, from the originator of all life.

The reason why I think this is a Divine signature is that I found some of these exact same numbers in the numerical symbolism of the Psalms.  I had already published my findings in the book, The Secret Code of the Psalms: 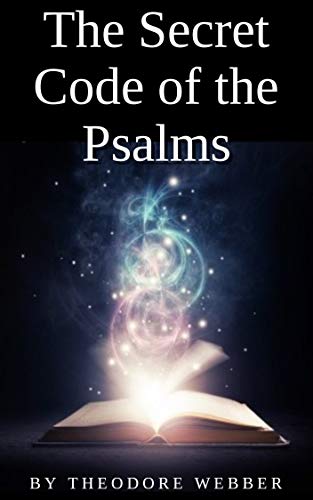 I discussed this previously in the post The Secret Code of the Psalms, where I state that hidden within the numerical structure of the Hebrew poetry, there are fractional representations of the number pi to a high degree of accuracy. One of these convergent fractions is 333/106, and 333 appears in the numerical structure of the genetic code. The reason why these numbers were considered sacred is that they represent the circle or disk, and in the ancient near east the circle or disk of the sun was seen as a representation of God. The Jews for the most part removed themselves from this physical representation to separate from idolatry, but the mathemetical symbolism was retained. And we know from the revelations of the New Church that all numbers have a spiritual meaning - see Spiritual Meaning of Numbers, or Numerology

Now, returning back to the numerical pattern in the genetic code, where the researchers kept finding multiples of 111.  They note that all of the numbers are multiples of the prime number 37.  And, as already described in my book, Psalms 37 and 111 are both acrostic Psalms. Each verse begins with a Hebrew letter. And just as codons are composed of three nucleotides, most Hebrew words originate from a semitic root of three consonants. Coincidence? And the reason for the emphasis on multiples of 111 is to direct us to 333/106, which is one of the convergent ratios of pi (the others, up to 3 digits, are 3, 22/7 and 355/113). And if we look at Psalm 37, it has this statement in it:

In the spiritual sense, it means a man of God has love in his heart. But the law, in the strictest sense, refers to the 10 commandments, and isn't it odd that the genetic code for all of life has a signature founded on base 10 mathematics?  And isn't it odd that the genetic code has 20 amino acids, which is 2 x 10? Maybe minor coincidences, but add this to the pattern already found by the scientists who had no knowledge of the Divine signature hidden in the Hebrew poetry of the Psalms.

The elegant numerical pattern found in the genetic code serves no functional purpose, but it is there, like a signature, letting us know that someone is there - someone who is the origin of all living things as we know it in the universe.