The Secret Code of the Psalms

I am pleased to announce the publication of a new book, The Secret Code of the Psalms, which reveals a hidden numerical design embedded in the Hebrew poetry of the Psalms: 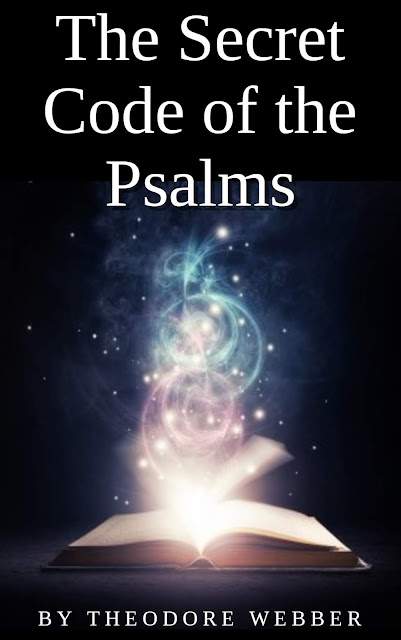 This is based on an accidental discovery as a result of editing the poetry of the Psalms for a previous book I published, The Symbolism of the Psalms. Within this work is revealed a numerical design in the Psalms numbers, verse counts, word counts and even the letter counts in the original Masoretic Hebrew text. This numerical design determined the overall arrangement of the Psalms, and explains several odd features in the Hebrew text that has puzzled Biblical scholars, such as why Psalms or phrases are duplicated, why certain acrostic verses are missing, the meaning of the odd word Selah as well as its positioning, why single Psalms were split into two, and much more. The overall numeric design of the Psalms is revealed, and the numerical poetic structure of all 150 Psalms are explained in detail.

The numerical design reveals a hidden system of cross referencing, where disparate passages in the Psalms are connected together to form a connected whole, where the smallest part of scripture is a reflection of the whole. Every letter becomes an important part of this whole, supporting the statement of Jesus that every "jot and tittle" of scripture is significant (Matt. 5:18).

The text of scripture has priority over any numerical considerations, and it is shown how the numerical design reinforces the meaning of the text. For example, consider this passage: 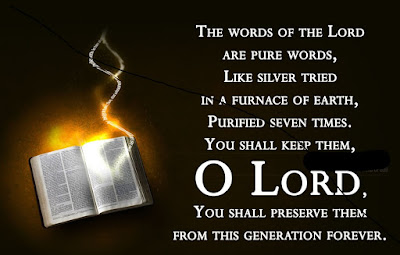 The verse in question states: The speech of Jehovah is pure speech: As silver refined in a furnace of earth, purified seven times (Ps. 12:6). This is the seventh verse of the Psalms (the Bible verse number is inaccurate). Up to the end of this statement the Psalm has 49 words, or 7 x 7. The stanza that contains this verse has 154 letters which is 2 x 77.

Let's choose another simple example where a number is mentioned:

Forty years I loathed that generation,
And said, It is a people who go wandering in their heart,
And they know not my ways.
Unto whom I swore in My anger:
They shall not enter into My rest (Ps. 95:10-11)

What is amazing, is that preceding that verse which mentions the 40 years of wandering is the 1600th verse of the Psalms, where the number 1600 is 40 x 40.

And these are just two examples out of hundreds.  And this is not the way I discovered this, it was accidental, when I was trying to arrange the Psalms back into their original poetic structure according to Hebrew parallelism. The challenge was how to arrange the Psalms into stanzas? I discovered that stanzas were arranged according to word counts, and later, they were arranged with certain letter counts in mind. This is the origin of the Jewish Masoretic practice of counting verses, words and even letters to ensure the accuracy of scripture. But this practice originated from a numerical design.


THE DIVINE SIGNATURE OF PI

What is perhaps the most surprising discovery of all, which again was accidental, is that embedded in the Psalms I saw that there are mathematical ratios that approximate pi to a very high degree of accuracy. The numbers of these ratios were considered sacred, and the numbers were used in the letters for the name of God, Jehovah. The circle was considered to be a symbolic representation of the infinite Divine, which is revealed in the measure of the diameter of the circle.

The knowledge of this can be found in an ancient mystical Jewish text known as the Sefir Yetzirah. In that ancient work, a Hebrew letter circle is presented: 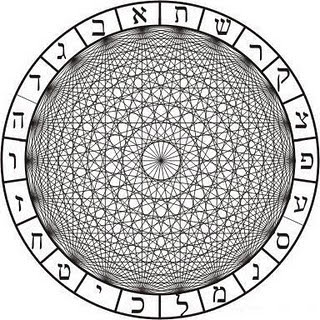 This diagram is explained from a mathematical perspective in the work. To summarize, there are 22 letters in the Hebrew alphabet since 22/7 is a convergent ratio for pi. The diameter is 7, and 7 of course is a holy number throughout scripture. But the Psalms contains within it even more accurate ratios, so accurate they were not improved upon until they were rediscovered in China in the 5th century A.D. and later among Indian and Persian mathematicians in the 14th-15th centuries A.D.

The ratios of pi pervade the entire Psalms, and determined its overall structure. However there are other overlapping numerical structures that are explained in detail in this work. Some of the knowledge contained in scripture is similar to the ancient mathematical knowledge of the Pythagoreans, who believed that numbers ruled all of creation. They placed special emphasis on the musical octave scale, and knowledge of this octave scale can also be found in the numeric structure of the Psalms.

For those of you who have been watching this blog closely, while I was working on this other people would have clairvoyant dreams describing this work, and one dream in particular explained the numbers in the Psalm I was about to analyze before I even knew it. See the post More Clairvoyant Dreams of the Numerical Symbolism of the Psalms. That was back in 2016. This has taken several years and it is finally done, and the evidence is conclusive. The challenge was to demonstrate what was by design as opposed to what was just random, and this is done by following strict methods according to the poetic structure of the text. It is comprehensive, all 150 Psalms are explained.

Another surprising discovery: this work for the first time explains the origin of the Jewish tradition that there are 613 commandments in the Law of Moses. This tradition is very ancient, dating back to the the 3rd century A.D. Jewish rabbis have been at a loss to explain the origin of this oral tradition.

When one takes a step back, and looks at the overall design, one will question could any human author conceived this on their own? The design is elegant and beautiful, where the smallest of parts is related to a larger whole.


WHAT WAS SWEDENBORG'S VIEW OF THIS?

Emanuel Swedenborg was shown many things, but this is one thing he missed. Swedenborg, however, was actually the first one to discover the pattern of Hebrew parallelism in scripture, where one line is repeated in the next. The verse, the simplest numerical unit, forms the foundation of the overall numerical structure. However beyond the verse, there are larger structures that repeat, where entire stanzas are parallel with other stanzas.

An example of how Swedenborg missed this entirely, is although he could explain parallelism in a verse, he could not explain why scripture would duplicate entire passages. For example, in the book of Exodus, chapters 36-39 repeats exactly what was said in chapter 25-28. Swedenborg passes right over it in his commentary on chapter 36:

"What these things signify in the internal sense is evident from what has been explained before in chapter xxvi., for they are the same as are there. Wherefore what is in this chapter is passed over without further explication." (Heavenly Arcana, n. 10750).

What the numerical symbolism of the Psalms shows is that duplication of passages have meaning, often related to the underlying numerical structure.  To most readers the repetition in Exodus is useless, however what seems useless does have significant meaning.

So why the extensive design with numbers in the Psalms?  Here Swedenborg does offer an explanation - in a lower plane of heaven, general ideas were represented by particular numbers. Words express these ideas in a more particular manner. What this work shows is that there is a correspondence between the numerical design and the literal text. Thus this work will provide new insights into the meaning of scripture, especially the Psalms.

Again, I am happy this is done. The work is massive, with original discoveries and a new translation and the original Hebrew text is included. It also references Biblical scholarship over the past 200 years concerning the poetic structure of the Psalms. The embedded mathematical knowledge, and its intricate design, comes closer to showing that indeed scripture does have a hidden Divine author.
Posted by Doug Webber at 1:57 AM