Mystical Christianity, or the Spiritual Kingdom Within 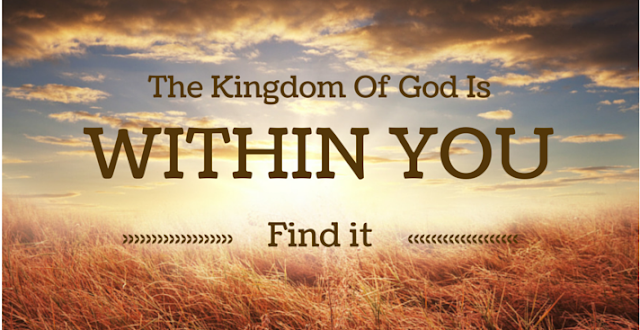 As one grows spiritually, one advances where one becomes withdrawn from external cares or concerns, towards an internal way of living in love and truth. This internal communion with God, which governs the intentions in the way we live, becomes a constant source of hope and happiness, where external worries or concerns disappear.

This is a secret way of living, where one is no longer concerned with the opinions of others:

To go into one's room is to go into one's mind, and have communion with the Lord in prayer. And yet, all of our thoughts and deeds will become fully known and revealed:

This is fulfilled when our spirit departs from the body, and we enter into the spiritual realm of heaven in our spiritual bodies. An spiritual aura emanates from our spiritual bodies, where all of our thoughts are revealed to others, and cannot be hidden. All of our deeds are recorded as in a book (Rev. 20:12). This is known in theosophy as the "Akashic record," and it is something that is tapped into by clairvoyants, who can see events of the past, present and sometimes the future. The first documented evidence of clairvoyance was done by Emanuel Swedenborg, which was investigated by the German philosopher Kant in the 18th century. A friend of mine was able to foresee the downing of flight MH17; something that came up as most of the casualties were Dutch, and I am half Dutch. These are things that occur for those who are open to gifts of the Spirit.

This realm, where all things are recorded, is the spiritual realm, where time and space lose meaning. Instead of time there is state, and instead of space there is love - the closer we are to a person, the more likely we will be with that person in heaven. It is a higher dimension that interacts with the lower natural material dimension. Our souls reside in this higher realm, while our bodies exist in the material dimension. Our internal communion with the Lord is within us, thus Jesus stated that the kingdom of God is within us:

Our soul will reside in a different area of heaven and hell, depending on our state of being. For the spiritual realm governs our state of being, and we change it through free will - by recognizing the evil within ourselves, and turning against them in practice. All too often people look for external signs in the material world as evidence for the kingdom of God. But the revelation of the kingdom of God is a spiritual revelation from heaven, not a material appearance that occurs in the skies. This is described in detail in an earlier article: Is the Second Coming a Physical Event or Spiritual Event?

The true Second Coming is the revelation of the spiritual sense in God's Word, for now the Word is opened to us in all its glory. Although we have been cut of from heaven due to the fall in the Garden of Eden, it is reopened to us through scripture, by going to the Lord alone. All too often people are caught up in the literal sense of the Word, and fail to see its spiritual meaning. But it is now there for anyone who wishes to see it, all one has to do is look, and examine the revelations that have been given. For this is the New age of Christianity, one where the Lord is worshiped as one person, where a true spiritual life is one where one lives by His commandments:

And this leads to a communion with the Lord in our heart:

Behold, I stand at the door and knock. If anyone hears my voice and opens the door, I will come in to him and eat with him, and he with me (Rev. 3:20) 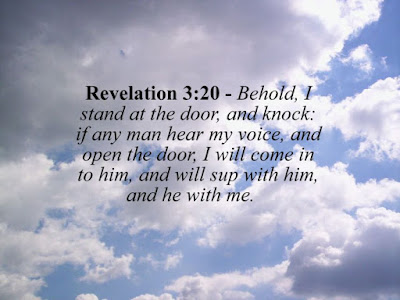