More Clairvoyant Dreams of the Numerical Symbolism of the Psalms 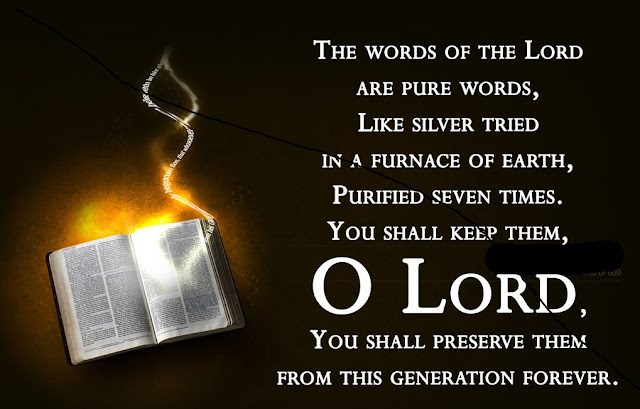 As stated earlier, I have been going through my translation and commentary of the Psalms, validating the translation with the numerical counts of words in the original Hebrew.  I have been finding that the Masoretic text is very accurate, and the immediate benefit of word counts is one can determine if the text is accurate. I have found a number of occasions where a supposed "mistake" in the original Hebrew was actually not a mistake, but was done intentionally in order to arrive at a certain number count. There have been a few scholarly studies on this, including Cantos and Strophes by Van der Lugt, and Numerical Secrets of the Bible by Casper Labuschagne (see his web site at Casper Labuschagne's Homepage). Another scholar who has done good work on this is Duane Christensen. It is in reality an ignored area of study due to a number of "numerological quacks," not to mention the Jewish Kabbalists.

The one thing that got me started on this project in the first place is Psalm 145, which is missing a bicolon for the letter nun. This missing verse is found in the Septuagint, the Dead Sea scrolls, and one Hebrew manuscript outside of the Masoretic. I originally thought the Masoretic had dropped this verse, which led me to compare the translation of the Masoretic with the Septuagint (LXX) for the Psalms. I have found, after analyzing the word count of Psalm 145, that the additional verse for the letter nun found in the LXX and Dead Sea Scrolls is a spurious addition to the text. It completely ruins the pattern, which is obvious when one understand the underlying numerical pattern. Just like Psalm 9, 10, 25 and 34, the absence of an acrostic verse is intentional. I can now explain these acrostic Psalms, and why certain letters are missing. For that reason I had to withdraw an earlier article on Psalm 145, it needs to be rewritten due to this new research. In the translation I withdrew some LXX variants that I now know are also invalid. I am debating whether to include this numerical research in the translation and commentary of the Psalms, or if this should be separated into another work.

In the meantime, there have been more clairvoyant dreams about this numerical research into scripture (see the previous post A Clairvoyant Dream of the Numerical Symbolism of the Psalms).  I thought these were rather funny and curious - they occur independently, when I happen to ask about other people's dreams. So in one dream, this woman is shopping for bread. She is in the store and cannot read the prices of the bread. I then walk into the store, and then I explain - "That loaf of bread is $1.49.  The other loaf of bread is $1.69.  And that one over there is more expensive, it is $5.99." The person who had the dream had no idea what it meant.  To me it was immediately obvious. The loaves of bread represent the word of God which gives eternal life:


It is written, Man shall not live by bread alone, but by every word that proceedeth out of the mouth of God. (Matt. 4:4)


And Jesus said unto them, I am the bread of life: he that cometh to me shall never hunger; and he that believeth on me shall never thirst. (John 6:35) 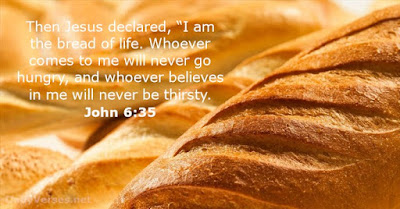 In the spiritual sense, bread represents love, and water or wine represents truth. Those who read the Word, and follow it, immediately open their inward soul to receive a Divine influx of love and truth. This is the bread of eternal life.

So, what about the prices of bread in the dream? One was $1.49, another $1.69, and another was $5.99. Completely independent of the person who had the dream, I had been explaining the meaning of the numbers of Psalm 12:6:


The speech of Jehovah is pure speech: as silver refined in a furnace of earth, purified seven times (Ps. 12:6)

Psalm 12 is an interesting and simple study in numerical research. It is composed of two stanzas of 4 bicolons (or verses, but verse numbers were added later so I prefer bicolons). Each stanza is exactly 37 words.  But where things get interesting is Psalm 12:6. It is the sixth bicolon of Psalm 12, after which comes the seventh bicolon. The total word count of the Psalm up to the sixth bicolon, or verse 6, is exactly 49 words. The number 49, of course, is 7 x 7. I was explaining this exact passage to someone else, and the next day someone completely independent of this conversation had the dream. The price $1.49 = 149 cents = 100 + 49.  And in the number research, I was seeing that large numbers over 100 would be decomposed into smaller numbers, using 100 as one of the sums.

So that explains the number 149. What about 169?  Well that was simple, the night before I did a numerical study on Psalm 69. As for the number 599, that I am not sure, but there were a number of instances where I took note of the number 59 but that was earlier in my research.


THE DREAM OF THE ELEVEN PILLARS

So that was one dream, here is another, and this one just about blew me away.  Another person approached me and said she had a dream of me where I was at a table, typing on my laptop. Underneath the laptop there was a circular platform, and there was a circle of 11 pillars. On top of the 11 pillars was my laptop. I then told her in the dream: "Count the pillars." She counted them, and there was eleven. I thought that was a curious dream, initially I thought she was mistaken. I asked are you sure they were not twelve?  No, she was certain, it was 11 pillars.


The earth and all who dwell in her are dissolved, I balance the pillars of it (Ps. 75:3)

In the spiritual sense, the "earth" is not planet earth, but whenever the earth is mentioned in scripture in the majority of cases it represents the church as to truth.  The "pillars," in the spiritual sense, are the lower natural truths derived from scripture that support the church, for the church is built on doctrine. Pillars ascend upward, for within the lower natural truths there are higher spiritual truths hidden within them. This is the hidden reason why in the ancient world many temples were built with pillars, for back then everything was representative of spiritual things.

So I looked at Psalm 75, I did not find any reference to 11 pillars.

However, as I did the word counts based on the stanzas, an interesting pattern emerged:

In the next Psalm, Psalm 76, there are three stanzas that have a word count of 22.

And that just took me by complete surprise. The person had the dream before I even did the analysis of Psalm 75. Some may call it "coincidence" or "synchronicity," but in reality there is a spiritual world which affects us in our daily lives. What Swedenborg discovered, when he was in a state of waking visions, that reading scripture, especially in the original Hebrew, opens the mind to direct communication with angelic realms.

I decided to do a bit of research, to see if there was any temple that had 11 pillars. Indeed, there is one where it appears in a temple site in Bolivia, and it is known as Tiwanaku.  There is a wall of 11 pillars, and it is used to count by fives to divide the year into 20 half months of 18 days in what is known as the Tiwanaku soli-lunar calendar.  Here is a graphic on how the wall of 11 pillars works:

Which is interesting, even though it is a flat wall the graphic shows a circle of how the sun moves throughout the year.  For a complete explanation of the calendar, see the site, Tiwanaku Soli Lunar Calendar. For some "odd" reason, back then in Bolivia the kingdom used the Egyptian royal cubit. You won't find that information in your history books.

So what does this calendar have to do with Psalm 75? Not much, the Hebrew calendar is different. However, the arrangement of the 11 pillars is an easy method to count by fives.  And of course Psalm 75 is a multiple of 5, and it happens to be the middle Psalm of 150 Psalms.

One last point here, in the original dream, my laptop was on top of 11 pillars. Psalm 75 is composed of sections of 22 words.  It is easy to see here: the Hebrew alphabet of course has 22 letters, and this is why my laptop was seen on top of 11 pillars. And I was busy counting Hebrew words. Its boring, but when one makes discoveries like this it is rather nice - there are several aspects of the Psalms that I can explain why they were structured in the way they are. I have seen several more interesting items come up like this, but it take me away from the research just to blog about them. I did ask the person was she aware that the Hebrew alphabet had 22 letters, and she did not. So someone, somewhere, knew what I was going to discover in Psalm 75 before I even analyzed it.