The True Origin of the Angels and the Fall of Satan 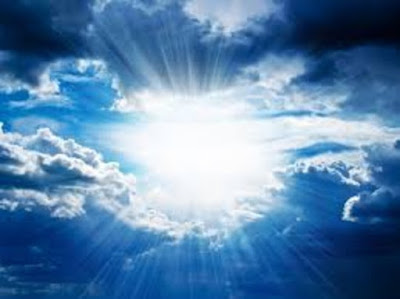 There is a popular tradition that before the creation of Adam, or at the time of his creation, Satan and a third of the angels rebelled against God and were cast out of heaven.  It is thought by some that this is described in the 12th chapter of the book of Revelation, in which the dragon and his angels are cast out of heaven.  However this interpretation is problematic, as the book of Revelation concerns the final state of the Christian church, not the past.  Many will be surprised to learn that the story of the 'Fall of Satan" or Lucifer does not come from the Bible, but from traditions built over time.  It is nowhere mentioned in scripture.  The closest we get in Jewish tradition is from the apocryphal book of Enoch which was written some time in the 3rd or 2nd century B.C., which discusses a fall of the angels known as "sons of God" in antediluvian times, who mated with women and produced giants (see Gen. 6:1-4).  The book was never made part of scripture, and the notion that angels have actual physical bodies was rejected by Jewish rabbis in the 1st or 2nd century A.D.  This "fall of the angels" is different, as it does not include an individual Devil or Satan and occurred after the time of Adam and Eve in the Garden of Eden.

So where does the story of the fall of Lucifer come from?  One theory is it actually comes from an early church father Origen who lived in the 2nd and 3rd centuries A.D.  From Fallen Angel:


The fall of Lucifer finds its earliest identification with a fallen angel in Origen, based on an interpretation of Isaiah 14:1–17, which describes a king of Babylon as a fallen morning star (in Hebrew, הילל ). When this description was mis-interpreted as regarding an angel, not a human king, the image of the fallen morning star or angel was applied to Satan both in Jewish pseudepigrapha and by early Christian writers, following the transfer of the Lucifer myth to Satan in the pre-Christian century. Origen and other Christian writers linked the fallen morning star of Isaiah 14:12 to Jesus' statement in Luke 10:18, "I saw Satan fall like lightning from heaven" and to the mention of a fall of Satan in Revelation 12:8–9. In Latin-speaking Christianity, the Latin word lucifer, employed in the late 4th-century AD Vulgate to translate הילל, gave rise to the name "Lucifer" for the person believed to be referred to in the text. Orthodox Judaism does not believe the name Lucifer is a reference to Satan but rather the text in chapter four indicates that it is a literal taunt against the King of Babylon.

So from there, the "fall of Lucifer" then enters into Christian tradition, some extending it to a prophecy of the king of Tyre (see Eze. 28:13-14).  However there is a slightly older tradition from the Slavonic book of Enoch, sometimes known as 2 Enoch, which was written in the 1st century A.D.  In it, Enoch is taken up into heaven and God tests the angels by having them bow down before Enoch.  A group of angels, under the leadership of "Satanail" refuse and are then imprisoned until they obey.  Even before this, there is an ancient religious teaching of the Yazidi religion, in which one of the seven primary angels, Melek Taus, refuses to bow down to Adam and for that is rewarded by God.  He is also called "Shaytan," and thus Muslims have confused Melek Taus with Satan.  From there, a similar story found its way into the Quran in Islam, in which it is Satan himself who refuses to bow down to Adam.

So, the tradition has a convoluted history.  Was there any fall of a primary Devil or Satan?  Swedenborg wondered about this, and in the revelations he received from heaven he was told it was not true - all angels and demons originate from the human race:


"In the Christian world it is quite unknown that heaven and hell are from the human race, for it is believed that angels were created from the beginning and of them was formed heaven; and that the devil or satan was an angel of light, but because he became rebellious he was cast down with his crew, and of them was formed hell. Angels wonder exceedingly that there should be such a belief in the Christian world, and still more that nothing at all should be known about heaven, when yet that is the primary thing of doctrine in the Church; and because such ignorance prevails, they rejoice in heart that it has pleased the Lord now to reveal to mankind many things respecting heaven, and also hell, and thereby as far as possible to dispel the darkness which is daily increasing, because the Church has come to its end. They wish for this reason that I should declare from their mouth, that in the whole heaven there is not one angel who was so created from the beginning, nor in hell any devil who was created an angel of light and cast down; but that all, both in heaven and in hell, are from the human race; in heaven those who lived in the world in heavenly love and faith, in hell those who lived in infernal love and faith; and that hell taken as a whole is what is called the devil and satan." (Heaven and Hell, n. 311, see also Origin of the Angels)

So the tradition of the fall of Satan and his angels is just that - a tradition - and it happens to not be true, or at best, a useful metaphor.  Not only that, but there is no such thing as an individual Devil or Satan, but rather these are terms of symbolic personifications of hell in general.  Thus the "fall of Satan" happens when each person of their own free will turns and rebels against God and His commandments.  The serpent in the Garden of Eden is a symbolic representation of how the ancient race of Adam fell, when they were tempted to regard themselves as gods.

After death, each individual is destined to become an angel or demon in heaven and hell, according to their own free will.  At times, angels manifest themselves when we come close to life or death.  Here is a remarkable documentary concerning a group of children who were saved by their guardian angels: