A Clairvoyant Dream of the Numerical Symbolism of the Psalms 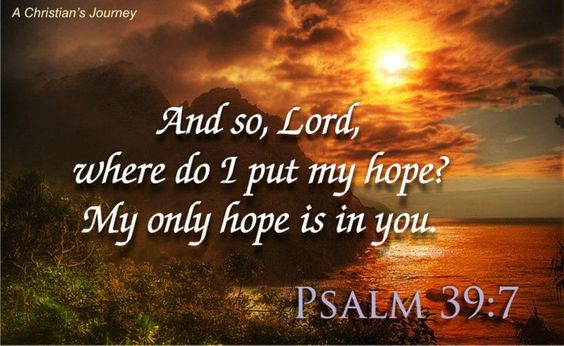 I have completed the first phase of a massive translation and commentary on the Psalms, which I initially discussed earlier in which someone had a clairvoyant dream about the corrections I had been making in the translation (see A Clairvoyant Dream of a New Translation of the Psalms).  It documents every mistranslation, and not only that, it restores the lost poetic structure of the Psalms.  It includes commentary on just about every single Psalm gathered from the writings of Emanuel Swedenborg, to explain its spiritual sense. So it was complete for every Psalm, except for Psalm 119.  Psalm 119 has defied interpretation, even for computer analysis, and to most it is just an endless repetition of the same phrase, over and over again.

So there things stood. However, I noticed an odd numerical symbolism for the number 119, which I discussed earlier (see The Bow of Brass and the Numerical Symbolism of Psalm 119). I have now determined conclusively that this numerical symbolism is not accidental, it is intentional, In fact it pervades all the Psalms.  Hints of this can be seen here and there - for example, the eight terms of the law that are repeated in Psalm 119 are all found together in Psalm 19, and of course 119 = 100 + 19. Psalm 119 is the longest acrostic Psalm, and we also have Psalms 9 and 10 which were split from a single Psalm. Some scholars, including the Greek Septuagint, prefer to merge Psalm 9 and 10 into one. But this is a mistake, the division was intentional.  9 + 10 = 19, and 19 + 100 = 119. So, something is afoot here, and it involves numbers.

So as Psalm 119 sticks out like a sore thumb, I decided to dig a bit to see what other researchers have done.  I decided to start with Psalms 9 and 10, which form an imperfect acrostic and seemed easier to  handle. I found this interesting poetic analysis, in which they dive into several details, but one thing the researchers discovered is that different stanzas (or strophes, as some prefer) have balanced word counts. For those who want to take a look, see it here: EVIL AND THE DISRUPTION OF ORDER: A STRUCTURAL ANALYSIS OF THE ACROSTICS IN THE FIRST BOOK OF PSALMS.  However skim through it, its overwhelming, and unfortunately while some insights are given about word counts the authors make some errors.  One researcher who seems to have gathered a lot of data on the numerical structure of the Psalms is Pieter van der Lugt, who has written no less than 3 volumes on the Psalms discussing their poetic structure (see Cantos and Strophes in Biblical Hebrew Poetry).  It is three volumes, and just about inaccessible as can be to the general public: each volume is over $200.

Fortunately, I know the methods that are used, and I have started to incorporate that into the poetic analysis of each Psalm in the translation and commentary. The numerical analysis has turned insightful in many cases. I can explain oddball features and sometimes what scholars called "mistakes" which are not "mistakes." Sometimes I corrected what I had in the Psalms; at other times I saw mistakes these researchers have done.  So I was going through each Psalm fixing the poetic structure, doing the numerical analysis, and then I saw a pattern that I thought was a fluke.  I put it in the "interesting" box and continued. Then it popped again. And again. Not only was I able to fix the poetic structure, but in several cases I could determine which text was the accurate one among the variants. I was absolutely stunned. One or two Psalms is a coincidence. But after having gone through over half of them, I can say now there are very detailed numerical patterns.  And I am not talking about gematria (which is probably invalid) nor creating silly crossword puzzles. It has to do with word counts and letters counts. A hidden symbolism in scripture was opening up. And the authors were very clever in hiding it. And then I had that Eureka moment, where I went through a huge Psalm and validated the theory.

It was when I had that "Eureka" moment, someone had a clairvoyant dream about me. They saw me in my office, and some very old spider webs were removed. A very hard to find spider was also taken away.  This was very similar to a dream concerning a spider which represented a Biblical mistranslation  (see A Clairvoyant Dream of a New Translation of the Psalms).  Now, some very old knowledge was being uncovered. I then explained to the person who had the dream what it meant - that day or two before I had just discovered I numerical pattern.  There was also another dream, in which I was traveling, and injury was removed from my foot by a Jewish doctor.  They asked for his "phone number" repeatedly.  But he would not give it. That was obvious - I had uncovered some numerical symbolism in scripture. But this was something the Jewish scribes had kept secret, who of course back then were also known as "doctors" of scripture. Removing an injury in the foot? That was precognitive, around this time I caught an illness which effected my feet. But in the spiritual sense, feet represent the external, and in this case I am dealing with the external representation of scripture. Some errors are being removed. It is at the literal level, the lowest natural, which is represented by numbers. But when one sees the symbolism of the numbers, it then gets elevated into the spiritual interpretation.

So that is where I am at, but unfortunately counting words in the Hebrew text takes time, and if one is off by one word the pattern disappears.  The Masoretic it turns out is over 99% accurate. So the blog unfortunately has to take a backseat. I am finding the reason why every jot and tittle of scripture is important, and how the Jews were able to preserve it. In the meantime one can read this post: Spiritual Meaning of Numbers, or Numerology.

So expect in the future a publication on the spiritual commentary on the Psalms, which will include this numerical analysis, and will open up a new chapter in Biblical research. Or at least bring obscure research that has been collecting dust to the general public.