How did Jesus Save Humanity? 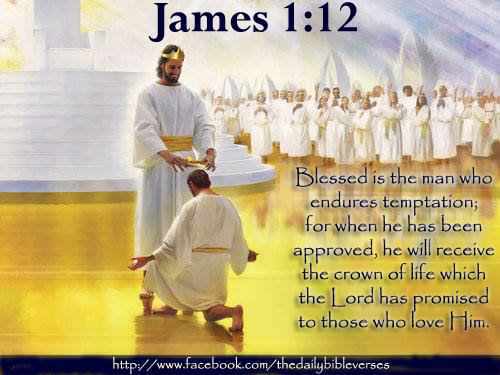 This is a common question that will come up, one can see it here on Christianity Stackexchange: How does Jesus' death and resurrection save humanity?  There is even a question asked on Yahoo answers: How did the self-sacrifice of Jesus save humanity?  After reading Yahoo answers, and seeing no one gave a right answer, I wrote this answer:


Jesus saved humanity by assuming a human form that could be tempted to do evil, as the human form had inherited evil tendencies from the mother. However as His soul was Divine, He could not commit any evil, so in His human form a spiritual battle arose between Jehovah and all of hell. Through resisting and conquering temptation in His human form, Jesus conquered the power of hell, and this continued until Jesus rose from the dead at which time His human form was made Divine. The Divine could now flow through His human form into all humanity through the Holy Spirit, and it is through that that each person can call upon Him when one tries to resist and repent from evil. Without His coming, the dominion of hell had cutoff heaven, and angels could no longer influence humanity towards heaven as they could at the beginning, and all would have been lost had not the Divine directly intervened.

There are several passages in which it is stated that sins are remitted and removed by the "blood of Christ."  But "blood" in scripture is symbolic of the Divine truth, which is shown in What is Blood Atonement or Vicarious Atonement?  Swedenborg shows this from multiple passages, as found in Heavenly Arcana, True Christian Religion, and Apocalypse Explained.  When this is known, the Divine truth that flows into humanity through the Holy Spirit is known to be the blood of Christ. Sins are removed only through repentance, in which one shuns evil and resists, while acknowledging that it is the Lord through the Holy Spirit acting though the self effort of our own will and thought. Acknowledgment of the Lord as the source of good and truth, as the one who fights against one's sin, humbles and removes the selfish ego which is the origin of evil in the first place. One acts "as if from self" acknowledging this is but an appearance, as all good and truth flow in from the Lord through us when we act according to His will.

That Jesus saved and saves humanity in such a manner can be shown from scripture.  Jesus said,


Sanctify them through thy truth: thy word is truth.
As thou hast sent me into the world, even so have I also sent them into the world.
And for their sakes I sanctify myself, that they also might be sanctified through the truth. (John 17:17-19)

Note that Jesus stated that He must first sanctify Himself - to sanctify is to cleans oneself of evils by the truth.  Jesus was Divine truth incarnate, but His human form, which he inherited from the human mother, had inherited evil tendencies.  Thus His entire life was a spiritual war against all of hell, and some of this is explained metaphorically by His temptation in the wilderness, but they are spelled out in prophetic detail in the Psalms.  Once the Lord conquered all sin and evil in His external human form, the human form became united with the Divine, or glorified as a Divine Human.  Before the resurrection there was a dichotomy between the internal soul and external human form, but after the resurrection Jesus was completely Divine, and one with the Father.

So, this is why the resurrection was needed - once the external human form was glorified, the Holy Spirit could be made available:


But this spake he of the Spirit, which they that believe on him should receive: for the Holy Spirit was not yet; because that Jesus was not yet glorified. (John 7:39)

This is a problematic passage for those who have a false idea of a trinity of three person: how come the Holy Spirit did not exist yet? The answer is that the Holy Trinity exists in one person, Jesus Christ: the soul, body and spirit of Jesus Christ is the Father, Son, and Holy Spirit.  The Divine had to sanctify the external human form, and once the human form was glorified, the Holy Spirit could flow through that external Divine form to all humanity.

The effect of Jesus' coming in the spiritual world was dramatic: for the Divine has infinite love to each and every person of the human race.  And the greater the love, the greater the hell that opposes it.  For each person born in this world there is a balance between heaven and hell, between good and evil spirits, which is effected in external form in the thoughts of our mind.  Thus when Jesus came, it was all out war against evil spirits, which had even ascended into heaven:


And the seventy returned again with joy, saying, Lord, even the devils are subject unto us through thy name.And he said unto them, I beheld Satan as lightning fall from heaven. (Luke 10:17-18)

This spiritual war culminated in a final judgment, in which the evil were separated from the good in the spiritual world, and hell's dominion no longer had the same power as it once did over the inhabitants of this earth:

This last judgment and its effects are described by Swedenborg in detail in his work, The Final Judgment.  Although the spiritual realms of heaven and hell are hidden to us until we die, this spiritual battle played out in demoniacs who had taken possession of people's minds.  Evil spirits had begun to take control over people's minds, where they had no self control.  Today, many suffer from internal depression, or weakness against sins they hide from others.  It is for this reason Jesus came into the world, for inasmuch as one receives Him, and lives by His commandments, and trusts and hopes in Him, He can give the will power to resist evil and falsity. As Jesus lived, so shall we: as He resisted temptation in Himself, so we must conquer in temptation through Him.  This is what it means to bear one's cross - evils must be removed in temptation and repentance, before the Lord can live in our heart in love:


Whosoever will come after me, let him deny himself, and take up his cross, and follow me. (Mark 8:34)

In the Christian revelation, the complete revelation of God and His will is shown in the incarnation of Jesus Christ.  In Jesus Christ there is a complete union between the Divine and the human, where He is now the Divine Human at the center of all of heaven.  For God is Man, and we are but his images, for the human form is the external visible form that effects love and truth, and God is Love and Truth itself.  In the union of the Divine with the human in Jesus Christ, it is revealed that God loves us, and desires to be one with us in love: we are conjoined to the Lord through love in our heart. As God is love, so He desires to love others.  And that is the purpose of creation, that is the reason why we exist. Love, is the answer to all things.
Posted by Doug Webber at 9:55 PM