Who is the Son of God? 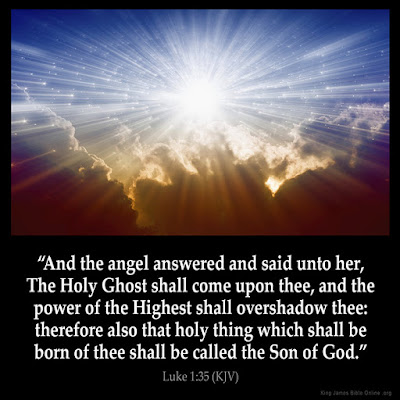 Who is the Son of God? This would seem to be a simple question, but in the New Church a revelation has been given as to who is the Son of God, revealed in Jesus Christ. Among many Christians, the phrase "Son of God" automatically invokes in their mind the second person of the Trinity. However this concept of "second person" did not exist in early Christianity, but rather was invented by men in the fourth century A.D.

The original definition of the Son of God is found in scripture, in the Gospel of Luke. When Mary is told by Gabriel that she will give birth to a son, she then asks a question:


"And Mary said to the angel, “How will this be, since I am a virgin? And the angel answered her, The Holy Spirit will come upon you, and the power of the Most High will overshadow you; therefore the child to be born will be called holy— the Son of God" (Luke 1:35)

So, for the first three centuries of Christianity, the definition of the "Son of God" was that Jesus was born of a virgin. He had no human father, and was conceived by the Holy Spirit. This was the definition of Son of God, pure and simple. This changed in the fourth century A.D., when a council of men invented a Son of God "born from eternity." This is a falsehood. The Son of God is Jesus Christ who was born in time to the virgin Mary. This is declared as a prophecy in the Old Testament:


I will declare the decree: the LORD hath said unto me, Thou art my Son; this day have I begotten thee (Ps. 2:7)

Where "this day" is the day when he was born in time to the virgin Mary. And for this reason Jesus calls God His Father, and this is also predicted in the Psalms:

This doctrinal concept is the foundation of the New Church which distinguishes it from the older Christian churches that have become corrupted by the Nicene Creed. Once one understands this, the logical inconsistency in Christianity disappears completely. This is set forth by Swedenborg in his work True Christian Religion:

So are there three persons? No, there is one person, the Lord, who is Jehovah in human form. And it is Him alone that we should acknowledge and worship. For Jesus is the Father in human form: He is the image of the invisible God (Col. 1:15). 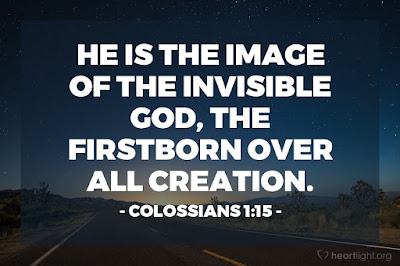