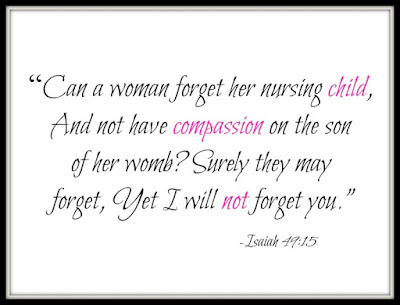 Here is a very unusual story from a four year old girl, who slipped from a ladder to a pool slide and fell 9 feet onto solid concrete.  She survived - and what is amazing - she just had a scrape on her elbow from the fall.  Her grandfather, who was in the pool at the time, saw that she seemed to levitate right before she touched the concrete.  She was unconscious, but when she came to she said she saw that she was caught by six big angels, and at that moment was brought up into heaven.  Not only that, she was given knowledge of some factual evidence that was later verified, for she was given the details of the circumstances of the deaths of the children she met in heaven - including the ones who were aborted.  The details of this story are described in the book 6 Big Big Big Angels, which describes a view of heaven through the eyes of a four year old.  Here is an interview of her grandmother:


She described how she was taken up out of her body, and ascended high above the earth, above the stars, until she was taken to a heavenly realm.  She saw angels, who eventually led her to Jesus.  She was then taken to a room where babies were being cared for.  However, these babies were very small - no bigger than the size of one's hand.  She was told by angels that these babies were "squeezed" out of their mother before they could live. In this room they were being cared for, and healed and made whole again. This completely surprised her grandparents, for this was a four year old child who knew nothing about abortion.

In her visitation to heaven, she met eight boys and eight girls who had died while they were young.  One of them was named Michael, who described to her in detail how he died - he died in a car accident, which involved a monster truck, and described the position of the car as it crashed (it was turned upside down) and the color of the car.  Not only that, she was shown the position of his grave, which she saw was near a white tent in the graveyard.  After this her grandmother took her to lay flowers at the grave of a relative, and suddenly she decides to go looking for this boy's grave.  They look to no success and were going to give up, but then she said if they wait the white tent would no longer be there.  They eventually find the white tent, she turns around from it, and walks straight to the grave - the grave of a boy named Michael. They look up the records in the school, and eventually found newspaper clippings describing how he died - in a car accident, confirming the details relayed to her in her vision of heaven.  And it was from a monster truck, but that detail was left out of the newspaper stories.

There are other details provided by others.  Another boy said he was shot in the head by his stepfather, who had also killed three police officers.  This they were also able to track down.  Not only that, he said his favorite toy was this orange squirt gun.  Before he died, he had told a relative to send him his toy, which she did, but he was killed before he received it.  He was buried in his coffin with this squirt gun.  After all that, this girl then told her grandmother that she saw her son in heaven - at this she was shocked.  For long ago, she herself had an abortion, and the only other person who knew about it was her own mother.

At this, she asked, "Do the babies hold it against their mothers?" The girl replied, the mother always love their babies, and the babies always love their mother.  They are all taught forgiveness by Jesus.  However, they had this to say: they want their parents to know that they are not non-existent.  They not only exist, but they are given to know who their parents are.  They do not hold any hatred, but they want their parents to think of them, for they look forward to meeting them.  I take this to mean if we mention them in prayer, they will know about it.

I have seen other revelations concerning abortions similar to this one, but this is the first time I have seen one that contains specific factual details that were later confirmed.  And this from a four year old girl, who had no information on the matter of abortion.


SWEDENBORG'S VISIONS OF CHILDREN IN HEAVEN 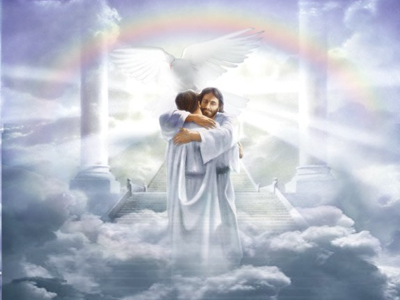 Swedenborg was shown in his waking visions that all children who die at a young age go to heaven.  In the afterlife, after one sheds one's physical body, one becomes aware of one's spiritual body which has all the senses of the physical, except now one is in the spiritual realm outside of time and space.  This little girl also confirmed that the children she met have a full body, with all the senses.  Swedenborg took this further, and was shown that there is no angel that exists that did not first exist in the physical realm. This is the true origin of angels, and it is also our spiritual destiny.

Swedenborg stated that all children are taught about the Lord, how he died and rose from the dead, and this is the first thing that is taught before they enter heaven (see Heaven and Hell, n. 335).  This little girl saw exactly the same thing - the children were shown how Jesus suffered, was crucified, and rose from the dead.  She saw how the children were at first sad, but when they saw how Jesus rose from the dead, they were overjoyed and saying, "He is alive! He is alive!"  As to why this is the first thing they are taught, is because all of heaven originates from the Lord, which is His kingdom.  Swedenborg saw others who thought of the Lord as another man, and tried to find a heaven where He was not present, and could not find one.

This little girl interacted with Jesus, who brought her to the throne of God.  At one point she saw God's rainbow, and the rainbow of Jesus, and these merged together and became one.  Jesus took her out to a crystal sea, and there they danced to a Hebrew song.  After this heavenly visit, this girl was brought to a Messianic Jewish synagogue, where they were dancing to a Hebrew song, where they were doing twirling motions. This is exactly the dance she had done with Jesus. They then began to sing a Hebrew song, and to everyone's shock this girl began to sing as well - in Hebrew, a language she did not know.  When asked how did she know the lyrics, she said she had been taught this song in heaven.

One other point she was shown in heaven, was that love is a substance.  Whenever love is shared between people, or a person and God, that substance then flows and fills you.  Swedenborg stated that love is the food of heaven, and in fact, whenever food is mentioned in scripture it signifies a certain aspect of love.  Not only that, but Swedenborg stated that ultimately, all substance originates from love itself, and the form of that substance is truth itself:


"...the substances and forms which are love and wisdom are not visible to the eyes like the organs of the external senses. And yet no one can deny that those things of wisdom and love which are called thoughts, perceptions, and affections, are substances, and forms, and that they are not volatile entities flowing from nothing, or abstracted from real and actual substance and form, which are subjects. For in the brain there are innumerable substances and forms in which resides all interior sense which has relation to the understanding and the will." (Angelic Wisdom concerning Divine Love and Wisdom, n. 42)

Divine Love is substance itself, Divine truth is its form, and created beings are recipients of this love and wisdom.  This was revealed in the 18th century to Emanuel Swedenborg who discusses this concept at length in several volumes, so I was surprised to see this concept coming out of a four year old girl for very few people know about it.  When Jesus said for us to build our treasures in heaven, he really meant it - for the true spiritual treasures are those that consist of love and truth.


AT WHAT POINT IN TIME DOES LIFE BEGIN?

Since we are discussing abortion, this question will come up - at what point in time does life begin?  In the 18th century, the waking visions of Swedenborg confirmed what biology now tells us: life begins at conception.  And when I say life, I mean the living soul has become united with the body, when the cell begins dividing.  This Swedenborg mentions in several passages, which I will summarize here:

In other passages Swedenborg states that the soul comes from the seed of the father, but this he drew from the science of the day - the above passages indicate the seed is the receptacle of the spiritual substance of the soul, which becomes living when united with the ovum of the mother.  Some of these points I covered earlier on the topic of reincarnation (see The Origin of the Soul, the Group Soul and Reincarnation).

So, now hopefully people can make a more informed decision.  Others, who have lost a child or a friend at a young age should be comforted to know that death is not the end, but only a transition, and that all children who die go to heaven.