The Nicene Creed: a distorted version of the Apostle's Creed

Christianity first began with the simple idea that Jesus Christ is Lord, and all Christian faith is in Him alone. This simple faith is expressed in the Apostle's Creed. Then, due to the Arian heresy, the Apostle's Creed was modified into the Nicene Creed in the fourth century. The Nicene Creed was then expanded upon with the Athanasian Creed from the sixth century, which comes from an anonymous document of an unknown author in France. All historians agree: the original Christian faith has been modified. So what is the true Christian faith?

All religion begins with one's concept of God: it is important to know that God is One, and shares His glory with no one:

In the Old Testament, there is one God, Jehovah, who is known by King, Saviour, Redeemer, and so on. In the New Testament, he became incarnate in human form, thus Jesus calls himself Lord, King, Saviour and Redeemer. There is one person, one Lord, one God:

The Jews would always substitute the title "Lord" (Hebrew Adonai) whenever the name Jehovah appeared in scripture, in order not to profane it. The name Jesus (which means "Jah saves") commanded his disciples to call him Lord. So where did the idea of three persons come from? It was unknown to the early Church.


I believe in God the Father almighty;
and in Christ Jesus His only Son, our Lord,
Who was born from the Holy Spirit and the Virgin Mary,
Who under Pontius Pilate was crucified and buried,
on the third day rose again from the dead,
ascended to heaven,
sits at the right hand of the Father,
whence He will come to judge the living and the dead;
and in the Holy Spirit,
the holy Church,
the remission of sins,
the resurrection of the flesh
(the life everlasting)

The first error of the Christian Church came about with the Nicene Creed: it does not formulate the Trinity per se, but it adds some words to the Apostle's Creed. The additions indicates where the main error comes in. The council came together to combat Arianism, which postulated that Jesus was a created being, before all other beings, at some point before creation. So this is what they did: I will quote the Nicene Creed, which is basically the Apostle's Creed with some words added in (which I mark in RED):

See the modifications? They were added to condemn Arianism. But the problem with the Nicene Creed, which most Churches accept without question, is that it introduced an error. In the original, Jesus, the Son, comes into being at conception in time, by the Holy Spirit and the virgin Mary. This phrase gets removed in the Nicene Creed. That is why Jesus calls God his "Father" - he was born of a virgin. In other words, it was God Himself, who descended and assumed a human body in time - and it is this human body which he assumed in time which is called the "Son".

The Nicene Creed, however, distorts this: it postulates another being that is "begotten from eternity" yet "not made", a complete contradiction. This secondary person then assumes a human body.

In every human, there is a trinity of soul, body and spirit. And when God became incarnate, a Holy Trinity was created in time, at the time of conception. This is why in the Old Testament the Trinity is not mentioned: it did not exist until Jesus was conceived. Its not a trinity of beings, its a trinity that exists in the One God-Man who became incarnate. Thus Paul would state that the fullness of the Godhead dwells in Jesus Christ bodily. Jesus is not a second person of a trinity of three gods: he is the One Lord who became incarnate in human form. And as a human, he had to grow as one, the Father and Son became one as the soul and body become one: in Jesus man became God, and God became man. This process was completed with the bodily resurrection.

True Monotheism keeps Christianity simple, focused on the one Lord, one Savior, one Person, one God. When you pray, pray to Jesus direct, for he is the Lord of all. As Jesus grew in perfect union with God, so he wants all humanity to grow to perfect union with him: a process which will take us an eternity to reach, but one that grows in happiness as we continue to correct ourselves from the errors of sin. A trinity of three beings is a logical error that has corrupted Christian doctrines. In earlier times it eventually led the western Church to declare the original Christians in the Middle East all heretics!

During the Reformation, a similar doctrine was formulated by Michael Servetus, and he was burned at the stake by John Calvin. The simple truth was revealed in visions to Emanuel Swedenborg in the 18th century. And again, in the 20th century, it was revived again independently by Oneness Pentecostals. That the doctrine concerning the incarnation is true, is shown very clearly by scriptural proofs in the writings and visions of Emanuel Swedenborg - I strongly recommend anyone to read his work, True Christian Religion.
Posted by Doug Webber at 11:50 PM No comments:

Napoleon and the Greek Myth of Perseus

Sometimes our lives follow archetypal patterns, and these archetypes are often spelled out in myths. Myths reveal hidden spiritual truths in a symbolic way. In this way, myths can in some ways be somewhat prophetic. Take for example, the life of Napoleon Bonaparte, a brilliant military leader, and the Greek myth of Perseus.

Most know Perseus as the Greek hero who beheaded Medusa, one of the Gorgons whose look could turn people into stone. She was once a woman who was punished for her vanity in her looks, especially her hair: Athena punished her by turning her hair into snakes. In a certain sense, its an archetype for one who is born beautiful becomes vain in their looks, would like others to look at them, and ignores the inner development of the soul. Perseus was able to defeat Medusa by looking at her through a mirrored shield, and using that was able to cut off her head.

So what does this have to do with Napoleon, a French leader who was born many centuries after the original myth? Napoleon setup a new dynastic empire after the fall of the French monarchy: in the French Revolution, both King Louis XVI and his wife Marie Antoinette were beheaded in 1793, giving Napoleon his opportunity to rise to power afterwards: 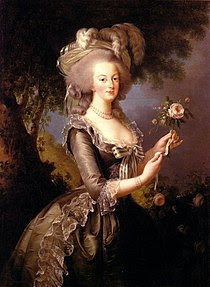 There are differing accounts concerning how Marie Antoinette's hair had turned white: one account states that her hair turned white when the King and his family failed to flee from France at the beginning of the revolution.

But returning to the myth of Perseus: the name Perseus most probably means "destroyer". The name Napoleon means "new destroyer", derived from the Greek word Apollyon. Perseus was cast out from the mainland and grew up on the island of Seriphos, raised by a fisherman; Napoleon did not grow up on mainland France but instead was born on the island of Corsica. Later Napoleon was exiled to the island of Elba, and after that, the island of St. Helena in the Atlantic.

In order to complete his quest to kill the Gorgon, Perseus had to seek out the golden apples of Hesperides, an island far to the west. The nymphs who guarded the apples gave Perseus the location of the Gorgon Medusa. Likewise, Napoleon sold much of America to Thomas Jefferson in the Louisiana Purchase, in order to have enough money to finance his wars in Europe.

Once Perseus killed Medusa, he stopped by the Phoenician kingdom in Ethiopia and Egypt, which was ruled by King Cepheus and Queen Cassiopeia. There he rescued their daughter Andromeda, who was chained to a rock at the modern city of Jaffa as she was to be sacrificed to the sea monster Cetus. Likewise Napoleon, after he invaded Italy, set out on an expedition to Egypt, and from there laid siege to the city of Jaffa in Palestine. 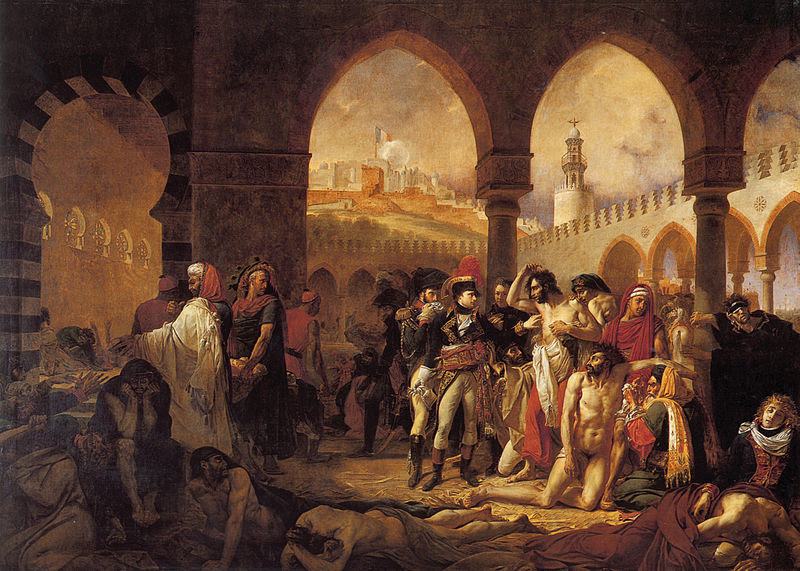 Both Perseus and Napoleon were sent on a quest so that a ruler could be rid of them; both returned to defeat that ruler and to setup their own new dynasty. It is quite an odd coincidence, in how Napoleon followed the myth of Perseus: both were involved with the city of Jaffa in Palestine. Once Perseus rescued Andromeda he made her his queen; once Napoleon departed from Palestine he returned to France, overthrew the Directory, and became Emperor.

This was somewhat of an odd observation, I dont know quite what to make of it. It could be entirely coincidence. However in the ancient world there were many prophecies described in a mythological manner: many myths mention a god-man born of a virgin, who would die and then rise from the dead and ascend to the stars. Apparently the Jews were not the only ones to have recorded the prophecies of their visionaries: even in pagan myths, there are gems of truth.
Posted by Doug Webber at 1:32 AM 1 comment: