Revelation Song, Here With Me and My Immortal

I don't listen to many religious songs...but recently heard this one and thought I would share it. Its quite uplifting. It uses the word "lamb" which is a symbol of innocence, and is used as a symbol of the Divine Human. The "mercy seat" is the covering on the ark of the covenant in the Holy of Holies, which was representative of the highest heaven.

Here is another favorite song of mine...

Here is another one, called "My Immortal" by Evanescence. Heard it on the radio and it took me a while to find it. Somewhat a more Gothic darker tone:

If anyone can recommend their favorite songs, do share or drop me a note...
Posted by Doug Webber at 10:33 PM No comments:

The Spiritual Meaning of the word "Fruit" in Scripture 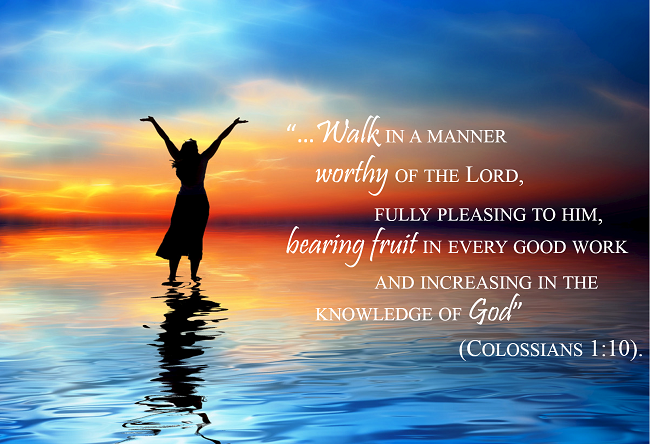 There are many words in scripture that have symbolic meaning, and one of them is the word "fruit." A "seed" that is implanted is the Word, or the truth, which gets implanted in the mind. When this truth is applied to one's life, where it becomes a righteous deed or good work, scripture calls this a "fruit." The act or deed is the fruit of one's thought. That this is so, can be seen in the following passages:

Yet the land shall be desolate Because of those who dwell in it, And for the fruit of their deeds.
(Mic. 7:13)

Say to the righteous that it shall be well with them, For they shall eat the fruit of their doings. (Isa. 3:10)

But the fruit of the Spirit is love, joy, peace, long suffering, kindness, goodness, faithfulness,
gentleness, self-control. Against such there is no law. And those who are Christ's have crucified the flesh with its passions and desires. If we live in the Spirit, let us also walk in the Spirit. (Gal. 5:22-25)

being filled with the fruits of righteousness which are by Jesus Christ (Phil. 1:11)

These passages tend to be glossed over or ignored by Protestants, who have misinterpreted the writings of Paul that one is saved by faith alone, which they interpret as belief of the mind. This comes from misunderstanding the word "law" in certain passages of Paul where he speaks of the laws of the Jewish rituals, which were rites of a representative worship which were types of the spiritual Church which came after Judaism. When they encounter these passages, in order to hold to their doctrine of salvation by faith only, they tend to interpret any good deeds arise from the spirit of God within us. But in so doing, they subvert the acknowledgement of the will, and try to place all of worship in thought or belief. It is true, all good and truth belong to God only, but that only lives within us when we act according to the truth that we know. God did not create us to be passive statues. If there is no act or deed that accompanies the belief, then that belief will dissolve into thin air when one is tested. And belief alone is not faith: faith is acting according to the truth that you know. So when the word "fruit" pops up in scripture, it becomes quite problematic for Protestants. Take for example the following passage:

Every branch in Me that does not bear fruit He takes away; and every branch that bears fruit He prunes, that it may bear more fruit. You are already clean because of the word which I have spoken to you. Abide in Me, and I in you. As the branch cannot bear fruit of itself, unless it abides in the vine, neither can you, unless you abide in Me. "I am the vine, you are the branches. He who abides in Me, and I in him, bears much fruit; for without Me you can do nothing. If anyone does not abide in Me, he is cast out as a branch and is withered; and they gather them and throw them into the fire, and they are burned. If you abide in Me, and My words abide in you, you will ask what you desire, and it shall be done for you. By this My Father is glorified, that you bear much fruit; so you will be My disciples. (John 15:2-8)

God desires to be in communion with all humanity. We are his temples. God is love, and He created the universe in order to love someone outside of himself - that's us! Through His Spirit, He wants to commune and live in our heart. And that is life changing. Although on the surface we may look like the same person, our intentions and outlook on life changes entirely. For God to abide in our heart, we must love others according to God's truths. This is bearing fruit. Love and truth become united in good deeds, in useful things: this is what God wants, he wants us to bear fruit. One whose religions is of belief only, residing in the mind, where it is not applied to one's life: that becomes a dead branch, because it is not yet living.

So why have I chosen this topic? I just heard a sermon on this passage, and it was quite clear that the meaning of the word "fruit" was a complete mystery to the congregation. Somehow one person ended up stating that to bear good fruit is to pray and wait for God to do something. Not true! Another belief was that bearing good fruit is simply finding converts. Not true again! Those were explanations I never heard of: the typical Protestant explanation is we sit passively in belief and its God's spirit that acts to bring about these good deeds, or these deeds are not exactly relevant for salvation. Not true! God gave us a heart, He gave us a will, He expects us to love others and to love Him. A relationship with God is not a one way relationship: inasmuch as we approach God, God will approach us. One expression of that love is indeed prayer, but that must be accompanied by a life according to God's Word:

for the fruit of the Spirit is in all goodness, righteousness, and truth (Eph. 5:9)

Not only that, but Jesus Himself said that one can know who a person is by their deeds:

Beware of false prophets, who come to you in sheep's clothing, but inwardly they are ravenous wolves.
You will know them by their fruits. Do men gather grapes from thorn bushes or figs from thistles?
Even so, every good tree bears good fruit, but a bad tree bears bad fruit.
A good tree cannot bear bad fruit, nor can a bad tree bear good fruit.
Every tree that does not bear good fruit is cut down and thrown into the fire.
Therefore by their fruits you will know them. (Matt. 7:15-20)

Either make the tree good and its fruit good, or else make the tree bad and its fruit bad; for a tree is known by its fruit.
Brood of vipers! How can you, being evil, speak good things? For out of the abundance of the heart the mouth speaks.
A good man out of the good treasure of his heart brings forth good things, and an evil man out of the evil treasure brings forth evil things.
But I say to you that for every idle word men may speak, they will give account of it in the day of judgment.
For by your words you will be justified, and by your words you will be condemned. (Matt. 12:33-37)

That to bear fruit is to execute good deeds according to God's commandments, is shown where God does not care for those who just call upon His name and believe in Him, without following or doing what He commands them to do. And this is shown in a passage that follows immediately after the one above:

Pay attention to the above passage: a religion that is belief only is like one who builds a house on sand. Don't just hear and believe: do what God commands you to do! This is again shown in the parable of the sower, where Jesus says:

But he who received seed on the good ground is he who hears the word and understands it, who indeed bears fruit and produces: some a hundredfold, some sixty, some thirty. (Matt. 13:23)

And the first step is to acknowledge ones sin, and try to turn away from it. And if the sin is great, God's Spirit will help. Ask, and it shall be given. Otherwise the flood of temptation will take away the belief, any belief that has not become rooted in one's life. These are called the "fruits of repentance" - again fruits are good deeds. But before good can take root, one must address the sins in one's life, which is shown in the words of John the Baptist:

Then he said to the multitudes that came out to be baptized by him, "Brood of vipers! Who warned you to flee from the wrath to come?
Therefore bear fruits worthy of repentance, and do not begin to say to yourselves, 'We have Abraham as our father.' For I say to you that God is able to raise up children to Abraham from these stones.
9And even now the ax is laid to the root of the trees. Therefore every tree which does not bear good fruit is cut down and thrown into the fire."
So the people asked him, saying, "What shall we do then?"
He answered and said to them, "He who has two tunics, let him give to him who has none; and he who has food, let him do likewise."
Then tax collectors also came to be baptized, and said to him, "Teacher, what shall we do?"
And he said to them, "Collect no more than what is appointed for you." (Luke 3:7-13)

See that? What are the fruits of repentance? Living a good life! Its that simple. Its theologians who tend to make things complicated, trying to lead people to live passive lives. Any tree that does not bear good fruit is thrown into the fire: that is, one's eternal life depends on it. Why? Because in good and truth we enter into a communion with God in heaven, and God lives forever. That is where eternal life comes from. Do not let false teachers mislead you:

I was not planning on adding such a blog entry, but when I saw scripture getting distorted in Church, I guess I needed an outlet to express my thoughts on the matter. I did grow up attending Protestant churches, but something was not right: their theology was not making sense. Nor was it practical. Doctrines and beliefs that are ingrained into us can start to color our eyes and blind us to scriptural passages which disagree with them. And there are many that need to be twisted or ignored in order to support a religion of belief only. And this was part of the revelation given to Emanuel Swedenborg: as God is love and truth, so He expects us to live in love and truth. That is how He abides in our heart. The revelation was needed as many churches had distorted so many truths of Christianity, as most churches have become empty shells of superficial worship. The Protestant doctrine of belief alone has invaded and altered the original truth of Christianity. Do not blindly believe things that you are taught: learn to question what you believe, especially those beliefs which were taught as a child.
Posted by Doug Webber at 10:23 PM No comments: