The Kurds and the Lost Tribes of Israel

While in Turkey here I have met several Kurds - I spent one day in one of their businesses helping them remove a virus from a computer. The Kurds, as many now know, dwell in northern Iraq, but they are also spread out in north-west Iran and south-east Turkey. In fact, many Turks are actually Kurds, but the state does not allow them to declare themselves as Kurdish or speak the Kurdish language. Here is a map showing where the Kurds dwell: 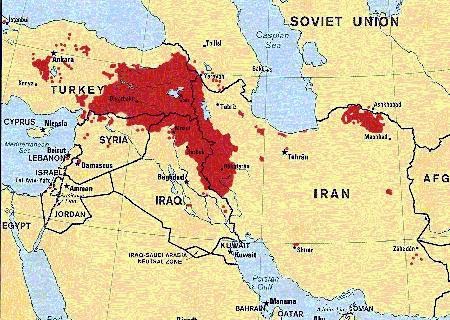 The Kurdish language is an Indo-Iranian language. They were actually forcefully converted to Islam by the Ottoman Empire in the 16th century, but before that they had their own religion - the Yazidi religion. This is one I have only recently heard of, it is very private among their people. Here is a description of it from Wikipedia:


In the Yazidi belief system, the world was created by a god, and the world is now in the care of a Heptad of seven Holy Beings, often known as Angels or heft sirr (the Seven Mysteries). Preeminent among these is Melek Taus (Tawûsê Melek in Kurdish), the Peacock Angel. According to the Encyclopedia of the Orient, "The reason for the Yazidis reputation of being devil worshipers, is connected to the other name of Melek Taus, Shaytan, the same name the Koran has for Satan". Furthermore, the Yazidi story regarding Malek Taus' rise to favor with God is almost identical to the story of the Islamic angel Iblis, except that Yazidis revere Malek Taus for refusing to submit to Adam, while Muslims believe that Iblis' refusal to submit caused him to fall out of Grace with God, and to later become Satan himself. However, according to the Kurdish linguist Jamal Nebez, the word Taus is most probably derived from the Greek and is related to the words Zeus and Theos, alluding to the meaning of God. Accordingly, Malek Taus is God's Angel, and this is how Yazidis themselves see Melek Taus or Taus-e-Malak


...Yazidi accounts of creation differ from that of Judaism, Christianity and Islam. They believe that God first created Melek Taus from his own illumination (Ronahî in Kurdish) and the other six archangels were created later. God ordered Melek Taus not to bow to other beings. Then God created the other archangels and ordered them to bring him dust (Ax) from the Earth (Erd) and build the body of Adam. Then God gave life to Adam from his own breath and instructed all archangels to bow to Adam. The archangels obeyed except for Melek Taus. In answer to God, Malek Taus replied, "How can I submit to another being! I am from your illumination while Adam is made of dust." Then God praised him and made him the leader of all angels and his deputy on the Earth. (This likely furthers what some see as a connection to the Islamic Shaytan, as according to legend he too refused to bow to Adam at God's command, though in this case it is seen as being a sign of Shaytan's sinful pride.) Hence the Yazidis believe that Melek Taus is the representative of God on the face of the Earth, and comes down to the Earth on the first Wednesday of Nisan (March/April). Yazidis hold that God created Malek Taus on this day, and celebrate it as New Year's day. Yazidis argue that the order to bow to Adam was only a test for Melek Taus, since if God commands anything then it must happen. (Bibe, dibe). In other words, God could have made him submit to Adam, but gave Taus the choice as a test. They believe that their respect and praise for Melek Taus is a way to acknowledge his majestic and sublime nature. This idea is called "Knowledge of the Sublime" (Zanista Ciwaniyê). 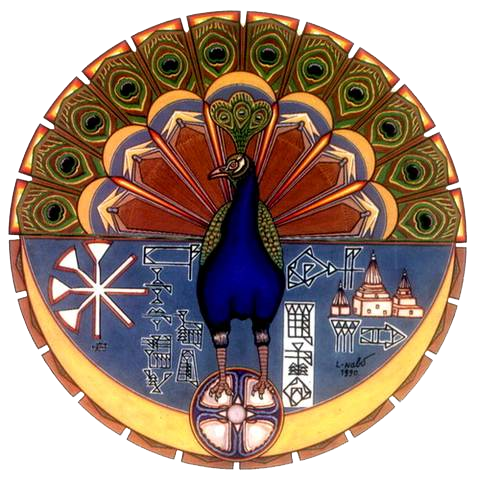 This solved one mystery: I always wondered where Muhammed got his story about Satan in the Koran, because it certainly did not come from the Bible. Yet again, as he could not read, he confused the story.

The Yazidi religion has a belief in purity laws and reincarnation:


Two key and interrelated features of Yazidism are: a) a preoccupation with religious purity and b) a belief in metempsychosis. The first of these is expressed in the system of caste, the food laws, the traditional preferences for living in Yazidi communities, and the variety of taboos governing many aspects of life. The second is crucial; Yazidis traditionally believe that the Seven Holy Beings are periodically reincarnated in human form, called a koasasa .A belief in the reincarnation of lesser Yazidi souls also exists. Like the Ahl-e Haqq, the Yazidis use the metaphor of a change of garment to describe the process, which they call kiras guhorîn in Kurdish (changing the garment). Alongside this, Yazidi mythology also includes descriptions of heaven and hell, with hell extinguished, and other traditions incorporating these ideas into a belief system that includes reincarnation.

The Yazidi religion includes a yearly pilgrimage in September/October (the month of Tishri), and they have a sacred rite of sacrificing an ox:


The most important ritual is the annual seven-day pilgrimage to the tomb of Sheikh Adi in Lalish, north of Mosul, Iraq. A sacred microcosm of the world, as it were, it contains not only many shrines dedicated to the koasasa, but a number of other landmarks corresponding to other sites or symbols of significance in other faiths, including Pirra selat (Serat Bridge) and a mountain called Mt. Arafat. The two sacred springs are called Zamzam and Kaniya sipî (The White Spring). If possible, Yazidis make at least one pilgrimage to Lalish during their lifetime, and those living in the region try to attend at least once a year for the autumn Feast of the Assembly which is celebrated from 23rd of Elul (September) to 1st of Tishrei (October). During the celebration, Yazidi bathe in the river, wash figures of Malek Ta'us and light hundreds of lamps in the tombs of Sheikh Adî and other saints. They also sacrifice an ox, which is one reason they have been connected to Mithraism, in addition to the presence of the dog and serpent in their iconography. The sacrifice of the ox is meant to declare the arrival of Fall and to ask for precipitation during winter in order to bring back life to the Earth in the next Spring. Moreover, in astrology, the ox is the symbol of Tishrei.

One thing I was told, that the Kurds have this unusual custom: if a wife's husband should die and she did not bear him any children, it was customary for one of the husband's brother to marry her to bear children. This custom is actually an ancient Jewish law, given to them by Moses.

So where do these Kurds come from? One theory is that they may actually be the 10 lost tribes of Israel. The Jews of today are descended from the two southern tribes (Judah and Benjamin), but the ten northern tribes were conquered by Assyria in the 8th century B.C., and settled in the exact same area where the Kurds dwell. The Yazidi religion traces their descent from Adam, moreover they have a yearly pilgrimage in the month of September/October, which is the same time as one of the Jewish festivals required Jews to attend the temple in Jerusalem. Ancient Israel did not follow Jewish laws: instead they reverted to paganim, and worshipped an ox instead - which would be another explanation for their sacrifice of an ox.
Posted by Doug Webber at 11:51 PM 16 comments: