Spiritual Gifts, the Spiritual Body and the Afterlife 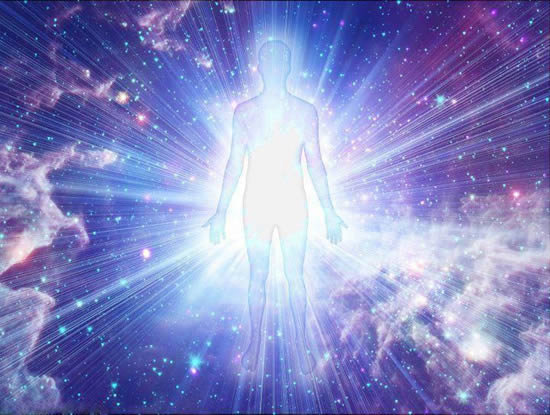 Recently a friend introduced me to a person who has had similar spiritual experiences to that of Emanuel Swedenborg, but had the unfortunate experience of being honest and public about it as a child to his religious mother.  His mother than would call it "of the devil" and would proceed to take him to church so they could exorcise the demon out of him. Like Swedenborg, he had experienced out of the body astral projection and communication with the spiritual realm.  He would at times, when constantly prodded, deliver a "message" to a person and it would completely blow them away. He had a bit of clairvoyance: he could basically describe the contents of gifts under the Christmas tree, completely ruining the surprise out of it all.

Along with my friend we met for dinner, like me he is a working professional and for the most part is completely private about it.  My friend was seeking a scientific answer for spiritual phenomenon.  And this is the root of the problem: the scientific method has limitations.  The scientific method is based on what is observed, and the observation must be repeated. The weakness of the scientific method is that it is dependent on observation from the external senses. Spiritual phenomenon however is not based on the external senses, but internal perception which cannot be observed. And its not always repeatable. Witness testimony "does not count." Witness testimony, I explained, is good in a court of law, but in the scientific method it is completely rejected as "anecdotal." Religious revelations are founded on witness testimony, not on scientific evidence, hence the disagreement between science and religion. Religions also tend to degenerate based on traditions of men, and it is an inherent problem with institutions such as the Catholic Church, which use traditions and authority as major pillars of truth, often falsifying the original revelation of Christianity.

His comment was, with spiritual gifts one must not question, or try to explain it, he almost regarded it as a sin to try to put science on the whole matter. The other part I explained here, is that spiritual gifts are based on internal perception, and one must suspend analytical or rational thought, as that stops the internal flow of information. I explained some methods the CIA supposedly used in using psychic phenomenon to spy on others.


"[A person] leaves absolutely nothing after death, excepting his bones and flesh, which, while he lived in the world, were not animated from themselves, but from the life of his spirit, which was his purer substance annexed to the things of the body." (Heavenly Arcana, n. 2475)

"...it is to be known that the spirit of man is in his body, in the whole and in every part of it; and that it is its purer substance, both in its organs of motion and in those of sense, and everywhere else; and that the body is the material part that is everywhere annexed to it, adapted to the world in which it then is." (Heavenly Arcana, n. 4659)

It was this passage in particular where one can derive that the spiritual world does not interact directly with light:


"Spirits themselves are forms, that is, consist of continuous forms, equally with men, but of a purer nature, and not visible to the bodily sight. And because these forms or substances are not visible to the corporeal eye, man at this day apprehends no otherwise than that knowledges and thoughts are abstract things; hence also comes the folly of our age, that men do not believe that they have a spirit within them which is to live after the death of the body, when yet this spirit is a substance much more real than the material substance of its body; yea, if you will believe it, the spirit, after being freed from corporeal things, is that very purified body..." (Heavenly Arcana, n. 3726.4)

I did not explain the source of my knowledge, but after I said that we all have a spiritual body that does not interact with light, this person who has has certain remarkable spiritual gifts then looked at me and explained one event, in which he was in the hospital room visiting his brother-in-law. He was on his deathbed, and they were keeping him company. His spiritual vision opened, and he saw an energy of light then leave the body. He then told everyone in the room. "He is gone."  They at first did not know what he meant, but a few moments later he flat-lined. The material body, no longer enclosing the spiritual body, was no longer sustained, for it is one's spiritual body that gives life to the material one.

He later showed me various books he had been reading to understand his own experiences, I recommended to him Heaven and Hell by Emanuel Swedenborg. He had never heard of him, I explained he had the same abilities as he, but much more extensive. Due to his adverse experience he was against traditional forms of religion, so I did not explain the Christian theology revealed to Emanuel Swedenborg but only stated that traditional religious leaders did not like what Swedenborg had to say due to their false teachings.

It is a bit sad traditional churches are where they are, not recognizing or discerning spiritual gifts. But people who have these gifts are out there, and since spiritual gifts are suppressed or looked down upon - or distorted for one's own self ego - they tend to be alienated by traditional churches. And in this manner, the churches have departed from Paul's instruction on this matter:


Quench not the Spirit. Despise not prophesyings. Prove all things; hold fast that which is good. (1 Thes. 5:19-21) 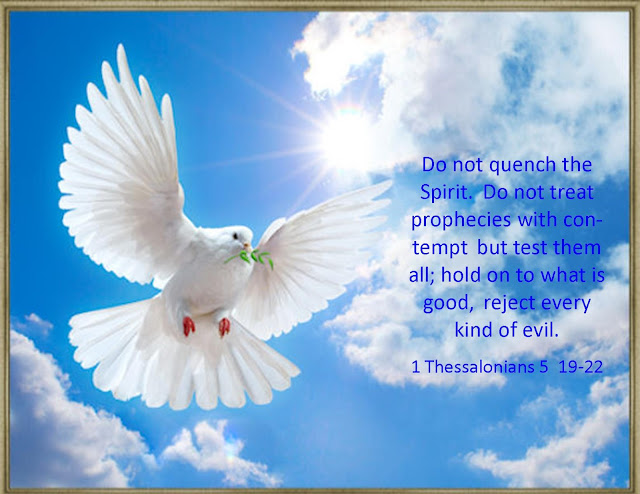