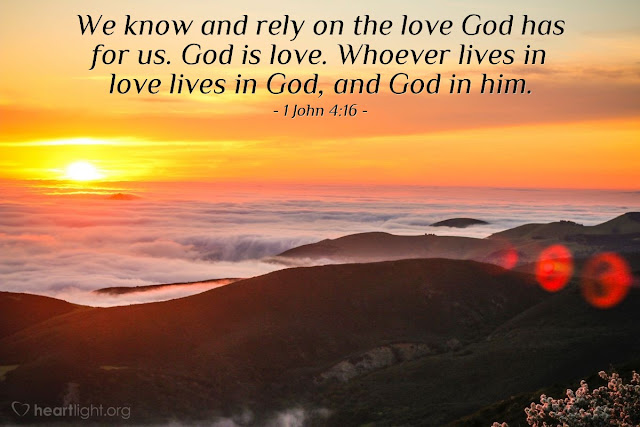 Thus God is love, God is life, and this flows into substances causing them to live; but the one true substance is the Divine love itself from which all things are. And this one Divine love is One Divine Being, and is Being itself. This Divine Being lowered itself into a human form, from which the Divine spirit flows into men. From this we know, when we love others, we are in true communion with the One God.
Posted by Doug Webber at 7:48 PM 8 comments: