The Symbolism of Infinity

God is infinity and omnipresent, from whom all things exist.  In mathematics, infinity is represented with the symbol ∞. It is impossible to represent ∞ on a number line.  Or is it?

If we represent the function y = 1/x on a cartesian plane, as x approaches zero y approaches infinity (∞). On the graph this is represented by an asymptote: 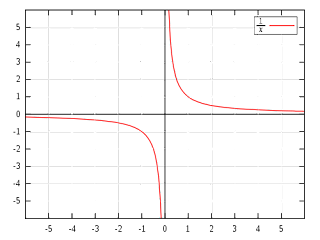 What does this imply? It implies that ∞ = 0, or infinity equals zero.  At first this seems like a paradox, but infinite and the number zero share some common attributes. Infinity divided by anything is infinity, and zero divided by anything is zero. Anything divided by infinity is infinity, but a divide by zero is often said to be "undefined".  This is because if a/b = x, then a = bx.  If "a" is non-zero, and "b" = 0, there is no number x that can satisfy the equation a = bx.  But if that is the case, anything divided by infinity should also be undefined as well.  If a/∞ = ∞, that implies ∞ * ∞ = a, where "a" can be any number.  If we view ∞ not as a number but rather the set of all numbers, a multiplication by infinity is indeterminate...that is, it can be anything we want it to be. Multiplication by infinity thus represents...freedom of choice, or creativity.

In another form of mathematics called "real analysis", a/0 = ∞.  In the below diagram the real number line is curved so that the end-points meet at infinity, also known as the real projective line: 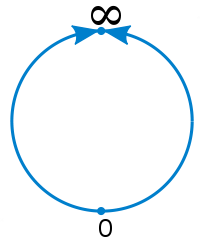 But, as stated before, ∞ = 0. So a better way to represent this is to curve the real number line so that each infinite end collapses back to zero. This forms two circles tangent to each other, where the tangent point is both the number 0 and ∞ and -∞: 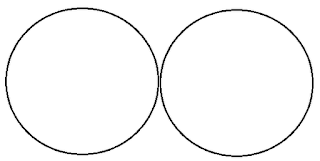 The above figure comes from curving the x-axis. The same needs to be done for the y-axis. If we curve both the x and y axis of the plane, we end up with an interesting three dimensional shape called a torus - commonly also known as a doughnut:

So, the torus is the symbolism of infinite, or a finite representation of infinite. So far this is quite logical, but is the torus just a convenient representation to show how infinity (∞) merges back to zero?  Or is this shape a reflection of reality?

The torus, in fact, does appear in real-life physics.  Where?  The torus represents the shape of an electro-magnetic field. Below are the magnetic field lines of a simple bar-magnet: 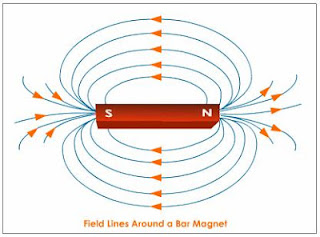 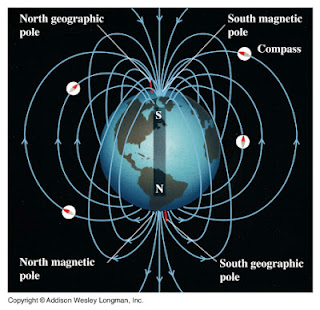 According to wikipedia, "the electric and magnetic fields are not only fields of force which dictate the motion of particles, but also have an independent physical reality because they carry energy."

In addition to the electromagnetic field, Einstein's theory of general relativity declares that space-time is a field, where gravity "warps" space and time.  Thus in physics, there are multiple fields, and physicists still seek to unify all of them together in a "Unified Field Theory."  According to wikipedia:

"According to the current understanding of physics, forces are not transmitted directly between objects, but instead are described by intermediary entities called fields. All four of the known fundamental forces are mediated by fields, which in the Standard Model of particle physics result from exchange of gauge bosons. Specifically the four interactions to be unified are:

Modern unified field theory attempts to bring these four interactions together into a single framework."

Note that the manifestation of each of the fields is a particle. Space itself is not empty, but is in fact a field - the Higgs Boson particle is a manifestation of a field, and as particles travel through that field they acquire mass.  Fields play an important role in all of physics, and all of them take on the form that is a mathematical symbol of infinity.

Creation is thus a symbol of infinity, a reflection of the Creator. 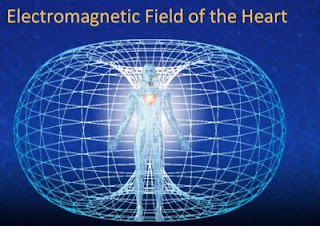