Divine Revelations of Heaven and Hell

The philosopher Aristotle stated that although humans share a base nature with that of animals, what makes humanity different from animals is the rational mind, which can exercise control over base desires. This is what makes us distinctly human. The ability to control base desires is the subject of morality or ethics: thus morality is something distinctly human. Swedenborg goes further than this: morality, the choice between good and evil, has a spiritual origin: we are spiritual beings clothed in flesh, who stand midway between heaven and hell. Inasmuch as we live a good life, our life becomes conjoined with heaven, and inasmuch we live a selfish evil life, our lives are conjoined with spirits from hell. In fact, he went as far to say that we do not experience a single thought which is not at first spiritual in origin. We are either in heaven or hell now, we just don't know it yet. In this life we have a chance to change our destiny through repentance and spiritual growth.

The way I discovered Swedenborg was through a book called "Life After Life" by Moody, which exposed the scientific world and the modern mind to the Near Death Experience: the common experience that people have when they are declared dead, but are revived back by modern medical methods. Before Moody wrote that book, in the 18th century Swedenborg was allowed to experience death, where his breathing stopped: remarkably, his description matches the Near Death Experience: he describes the great Light at the center of heaven, which all encounter after they die, and in the presence of that Light experience a panoramic life review. God judges no one: our own conscience will judge our actions, for God has implanted the truth in each one of us.

Recently I started reading the Bible again, and came across the following passage in Jeremiah 33:3 -

Call to Me and I will answer you, and show you great and mighty things, which you do not know.

I put it away and almost forgot about that passage, but then I encountered a website almost at random at "Divine Revelations: face to face encounters with Jesus Christ." Its a collection of modern witnesses who were allowed to have a face to face conversation with Jesus Christ, and allowed to see visions of heaven and hell. I was surprised to find this, as Swedenborg gave one of the largest accounts of his journeys or visions of heaven and hell, which he described in a book "Heaven and Hell." I have not had time to go through this entire web site, but I was struck with the particular testimony of a young girl named Angelica Zambrano from Ecuador, who apparently died and was not breathing for a period of 23 hours before she came back and was allowed to recount her experience. Her account is very similar to things seen by Swedenborg. I recommend people to visit that site: there is also a youtube video of her testimony and that of her mother. What struck me with this one is that during a period of fasting and prayer, she focused on the following passage:

Call to Me and I will answer you, and show you great and mighty things, which you do not know.

This was the exact same passage I had randomly read: so I decided to pick this as my next blog subject. For her, "great and mighty things" were heaven and hell. She prayed, and God answered her. Like Swedenborg, she calls Jesus Jehovah: they are one and the same person! The web site owners probably have no idea who Swedenborg is, and how their testimony is the same. In this modern age, heaven and hell are considered by many as nothing more than superstition and myth. The reality is much different: Swedenborg states that heaven and hell exist where there is no time and space, and it exists in the spiritual world inside all of us. Did not Jesus say the kingdom of God is within us? The emotions, thoughts and feelings within us all have a particular origin: they come from the spiritual being, thus the spiritual world, which resides within us. In death, we only shed our physical bodies: our minds live on. Apparently several revelations have been taking place recently, for the modern world still refuses to acknowledge that there is the possibility that life continues after death, and it is much greater than what we experience now.
Posted by Doug Webber at 10:58 PM 2 comments:

Spiritual Meaning of Numbers, or Numerology 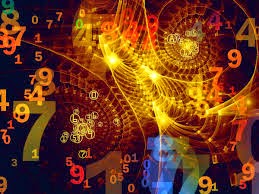 In the visions of Emanuel Swedenborg the internal spiritual meaning of scripture was revealed to him, which he explained in multiple volumes. As part of these experiences it was shown to him the spiritual meaning behind each number. The symbolism of numbers was also explained in a book Numbers in Scripture by Bullinger, written in the 19th century. While sometimes Bullinger gets the meaning correct, in many cases he was incorrect. Swedenborg had visions over a period of 27 years, so his explanations tend to be more reliable and consistent. Number meanings are explained throughout his writings, which he always supports which examples of scripture, so I thought I would gather some of his statements in one blog entry to explain the symbolism of the most common numbers.

Speech or thought from angels of a higher order would often descend, and be represented in a series of numbers. Swedenborg acknowledged that without Divine revelation, it is hard to see the symbolism behind numbers. He stated that the symbolism of numbers "are displayed by the Lord in a clear light before the eyes of the angels, but before the eyes of men, especially of someone who does not believe that numbers in the Word have any meaning at all hidden within them, they cannot be disclosed, not only because of lack of belief but also because so many things contained in those numbers cannot be arranged into a sequence of ideas within man's mental grasp." (Heavenly Arcana, n. 3306) The meaning of numbers were known to the ancients from a heavenly perception they had, but this knowledge was lost, and only the meaning of simple numbers were preserved. (Heavenly Arcana, n. 6175)

In the spiritual meaning behind scripture, words are related to two basic concepts: the thought or the will, or in other words, truth and good. Even numbers and their multiples correspond to good, while odd numbers and their multiples correspond to truth (Spiritual Diary, n. 5571, Heavenly Arcana, n. 10624). However the meaning of a number, especially for higher numbers, is not easy. The meanings of composite numbers, are derived from the simple numbers from which they were composed (Heavenly Arcana, n. 5291, Apocalypse Explained, n. 430.2, 532.6). Thus a hundred or a thousand has a similar meaning to the number 10. The meaning of large prime numbers can be derived by adding two smaller numbers together. Depending on context, a number can take on the opposite meaning. Another concept is that the meaning of numbers can be determined or slightly altered by a number that precedes it, as the preceding number determines the context (Heaven and Hell, n. 263).

ONE (1) symbolizes the One God, and the truth that God is one. As one is the first, it refers to the first stage of spiritual development, which is receiving and acknowledging the truth. Thus on the first day of creation, there was light (truth).

TWO (2) symbolizes union, and thus represents what is good. Two is also the symbol of marriage between good and truth (Heavenly Arcana, n. 720). In the opposite sense, it can signify spiritual combat.

THREE (3) symbolizes what is full and complete, from beginning to end. (Apocalypse Explained, n. 532) Everything, from start to finish, has a beginning, middle, and an end, thus three signifies a full period. Three also signifies that which is holy.

FOUR (4) is similar to two, and signifies what is good and conjunction (Heavenly Arcana, n. 9103, 9767). When talking of the four quarters, it can signify all of heaven.

FIVE (5) symbolizes few or little, or that which remains. It can also signify the remnant Church, where truth resides among a few where truth has been falsified among many. This meaning is derived from 10, 100 or a 1000 which signifies many. (Heavenly Arcana, n. 5291.2) The meaning of this number is not well known as it is related to a hidden secret concerning our spiritual development that was revealed to Swedenborg: "remains" are hidden truths and good stored in the inner being of our soul, which later become manifest when one is spiritually reformed later: they come into use to combat sin and temptation.

SEVEN (7) is a symbol of that which is holy, and similar to the number 3 signifies that which is complete. Thus the number 7 appears often in the rituals among the Hebrews. Most people can see the meaning of this number from reading the Bible.

TEN (10) as a multiple of 5 symbolizes remains, the remnants of good and truth hidden with us (Heavenly Arcana, n. 1963).

TWELVE (12) symbolizes all things and all people, and is predicated of truths from good as it is 3 x 4 (Heavenly Arcana, n. 5291.2, Apocalypse Explained, n. 430). That it signifies "all people," or all those of the Lord's heavenly kingdom, can be seen from the 12 tribes of Israel, the 12 disciples, and the 144,000 who are sealed in the book of Revelation. Swedenborg stated that "each tribe signifies some universal or essential of the church, in which those are who are of the church. Moreover, the universal of each has relation to truths from good, and truths are manifold; for all who are in the heavens differ from each other in respect to good, and thence also in respect to truth." Although not stated by Swedenborg, this may apply to 12 basic personalities defined by the 12 signs of the zodiac.

FORTY (40) symbolizes a period of temptation, which can be derived from the fact that in the flood of Noah it rained 40 days and nights, Jesus was tempted for 40 days, and the Israelis wandered 40 years in the wilderness (Heavenly Arcana, n. 730).

FORTY-TWO (42) symbolizes the duration of combat against temptation, as it is 6 x 7 - six a symbol of combat and seven a new beginning (Heavenly Arcana, n. 730).

That's all I have for now - there are actually quite a few more entries on numbers, which is a bit hard to summarize as in many cases the meaning of the number is determined by context. There is an earlier blog that I devoted to the number 13. Hopefully people can see that Swedenborg's explanation of the Bible is quite detailed, and often extends into other subjects. Its almost like studying another language, but in this case more universal and spiritual. Its a bit harder than programming, where all one needs to know is that 0 is false and 1 is true - if only understanding the heavenly symbolism was that simple.


WHERE CAN I FIND MORE INFORMATION?

I covered the symbolism of the most simple numbers.  The meaning of a number can actually change according to the context - of what precedes, and what comes after.  Swedenborg was once shown a vision where the ancients could communicate purely by a series of numbers - higher numbers being even more detailed than the simple ones.  Much of the symbolism seen in Swedenborg's visions comes from his massive work, Heavenly Arcana (20 volumes in one) - meaning "Heavenly Secrets" - available on Amazon and Barnes & Noble: 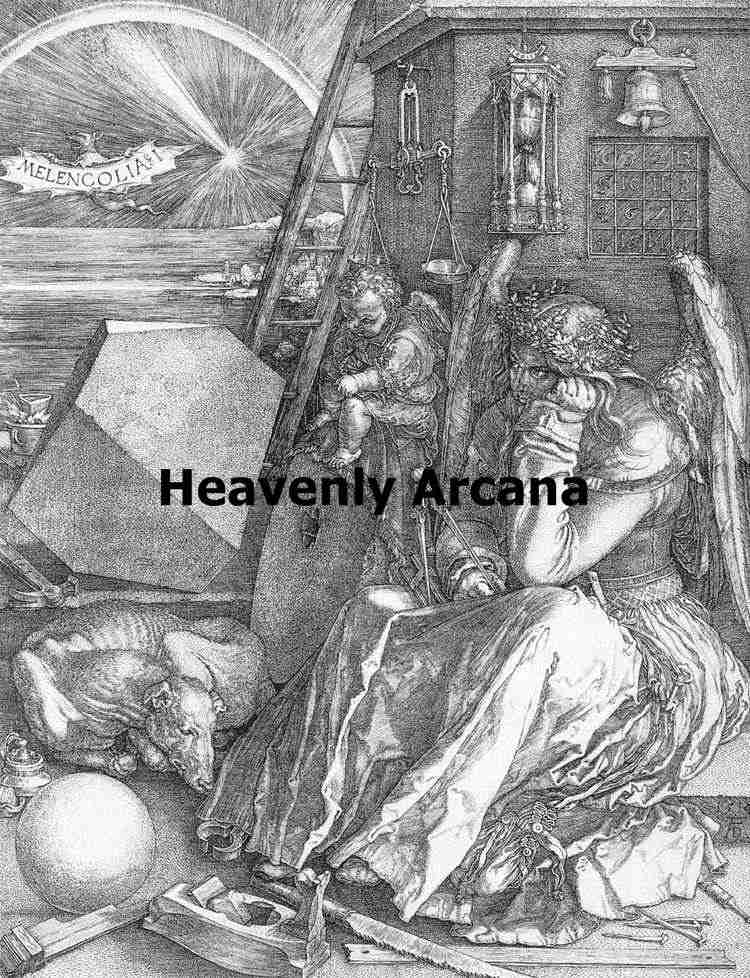 Another useful work is Apocalypse Revealed and Explained (9 volumes in one): 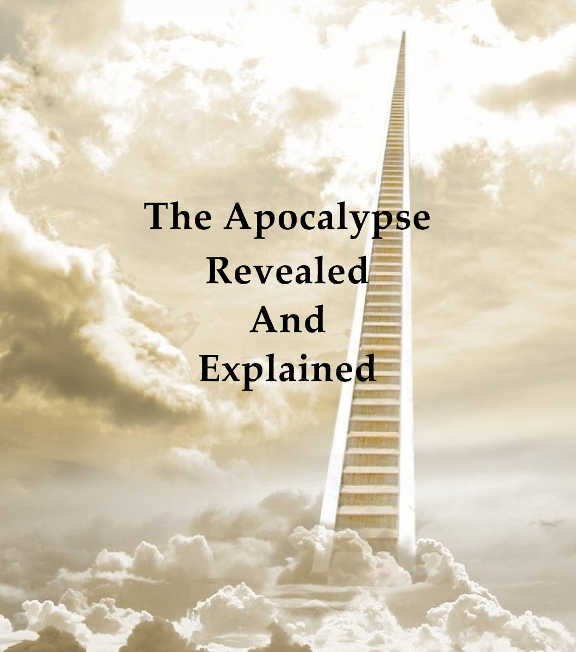 Both of these are also part of the hyperlinked works of Emanuel Swedenborg, The Divine Revelation of the New Jerusalem: Expanded Edition: 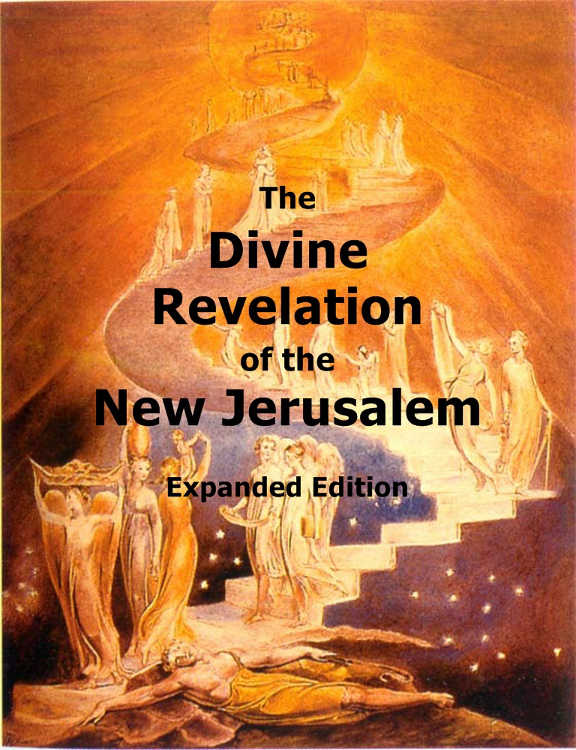 There is much information here - it would take a lifetime to absorb it all. Numerology was just one topic covered by Swedenborg, it was just one part of the spiritual symbolism he had uncovered during the 27 years he had waking heavenly visions.
Posted by Doug Webber at 11:43 PM 7 comments: