The Prophecy of Mount Rainier

I found another Native American prophecy - concerning Mt. Rainier, a dormant volcano near here in Seattle. 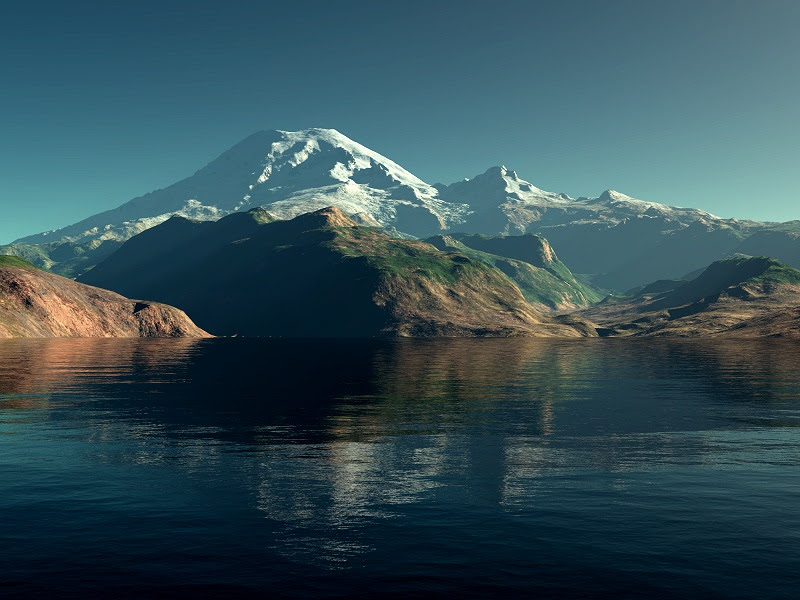 These changes might not be convenient for humans, but the earth will make them anyway. As a dog shakes itself to get rid of fleas, the earth will generate earthquakes, volcanoes and climactic changes to rid itself of surplus and troublesome humans. If it is necessary that a lot of people die off during the major changes, and that the people that survive are conscious people that are responsible for the earth and are living on it in harmony and love and respect, then that is what is supposed to happen...

The people who will survive will be those who love life and affirm life in every way they can. They will be people who are willing to make a conscious change in the way they view life and in their actions toward all creation. They will not be those sitting with their rifles over a can of beans. The survivors will be people reaching out for another level of consciousness and seeking communication with the Creator and the Earth. They will be people living close to the earth far from large cities who are able to grow and harvest or gather their own food from the wild.

I'm trying to reach out and create a larger group of people who are in harmony with the earth. These people won't get wiped out in the process of the earth changes. If you know where to be and how to prepare, this can be a very comfortable, interesting and exciting time.

The 1989 San Francisco quake and the 1993 Northridge one were just warnings of much larger ones that will rock California. Sun Bear, who was part Chippewa Indian, medicine chief of the Bear Tribe, and a teacher and visionary said, in 1987, "The earth is an intelligent living being! Before any major changes ever happen upon the Earth Mother, it has warned people. . . . You're going to see major changes here. When I asked the Spirit about the earthquakes, and whether these things could be changed, and what would happen? Spirit said it's already sealed. It's already happening...

A volcano that will devastate the Seattle area is foretold is an ancient prophecy from Washington State's Puyallup tribe, which says, "The time will come when Little Sister will speak, and Grandfather will answer. And the land will be swept clean to the ocean." Sun Bear explained that Donald Matheson, a leader of the Puyallup tribe, moved his people to Idaho in 1979 because he believed it was time for this prophecy to be fulfilled. In March 1980, the mountain that we call little sister began to whisper. May 18th of 1980, the Little Sister spoke with a cubic mile of mountain that was spread over the northwest area, and many other parts of the world... "The Little Sister is called Mount St. Helens. Soon, the Grandfather is going to answer so much bigger. That one is called Mt. Rainier." Indian prophecies also foretold worldwide environmental catastrophes such as the greenhouse effect, "changes in the seasons and in the weather, disappearance of wildlife, famine," and the ozone hole, which was referred to as a "hole in our lodging."

Mt. St. Helens erupted in 1980, and had a couple of minor eruptions in 1990. It has shown increasing activity since 2004. Mt. Rainier has shown no activity for over a 100 years. In an earlier blog I discussed the vision of David Booth where he saw a large body collide with the south pole of the earth, causing massive volcanic eruptions in North America. I recently met with a friend of mine in Berkeley California to discuss a few of these things, to compare it with my own experience which dictated that there should be a massive volcanic eruption in the near future.