Angelic Orb caught on Security Camera, and a Revelation on the One God Jesus Christ 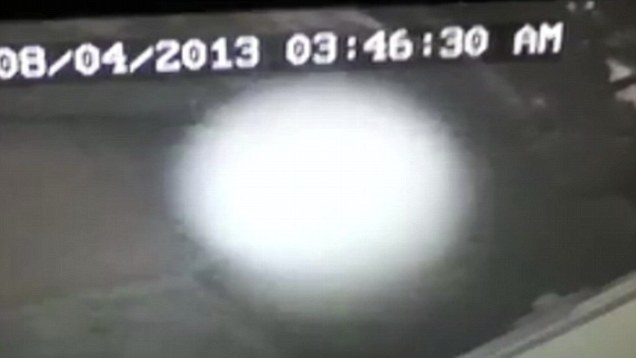 With the increased usage of security cameras, there is evidence that some security camera footage have caught the light of an angelic or supernatural being on video tape. I discussed one previously, which involves a healing: see Light of an Angel Caught on Video Tape. And here is another: the minister Charles Shelton heard a thought that he should wake up and start to pray around 3:30am in the morning, and while in prayer he was told to look at the security camera footage. And this is what he saw:

Further video footage is here: the ball of light enters twice into the room where the minister was praying, passing through the wall: Angel Captured on Camera by Minister.

It is better to see spiritual truths internally and rationally, rather than to look for external miraculous evidence. But the reason why I bring this up is that in the 18th century the Christian mystic Emanuel Swedenborg reported seeing an angelic orb.  For a period of 27 years he was given the gift to communicate with heaven to reveal the internal spiritual meaning of scripture. On one occasion, he woke up from sleep to mediate - just like the minister Charles Shelton - and reports seeing an oval of light. And then afterwards heaven is opened and he begins a dialogue with angels, concerning his thoughts on God and the Trinity:


"Once having awakened from sleep I fell into profound meditation concerning God; and when I looked up, I saw above me in heaven a bright white light in oval form; and when I fixed my gaze upon the light, it receded to the sides and passed into the circumference. And then, lo, heaven was opened to me, and I saw magnificent things, and angels standing in the form of a circle on the southern side of the opening and talking together; and because I had an ardent desire to hear what they were saying, it was therefore given me first to hear the tone, — which was full of heavenly love, and afterward the speech, which was full of wisdom from that love. They were talking together about the One God, and about conjunction with Him, and thence salvation. They spoke ineffable things, most of which cannot fall into the words of any natural language; but because I had sometimes been in company with angels in heaven itself, and then in similar speech with them because in similar state, I was therefore able now to understand them, and to select from their conversation some things which may be rationally expressed in the words of natural language." (True Christian Religion, n. 25)

Swedenborg often reported that much of the angelic ideas were so high above our human concepts that it did not fall into something that could be described in our spoken language, which in itself is an approximation of the meanings we sometimes wish to convey. The apostle Paul had a similar experience to what Swedenborg has described:

For Paul it was a one time affair. For Swedenborg, he was able to experience this heavenly communication over a period of 27 years. Most Christians wonder what Paul meant by "third heaven" and Swedenborg explains the three levels of heaven in detail in his works Heaven and Hell and Heavenly Arcana.

Returning to the angelic orb, what exactly were the angels discussing? They were essentially discussing the One God, how He is One Divine Being, One in Essence (Latin Esse), who cannot be divided into multiple beings or persons:

"They said that the Divine Esse is One, the Same, the Itself, and Indivisible. This they illustrated by spiritual ideas, saying that the Divine Esse cannot fall to several, each of whom has the Divine Esse, and still itself be One, the Same, the Itself, and Indivisible; for each one would think from his own Esse from himself, and singly by himself; if then also from the others and by the others, unanimously, there would be several unanimous Gods, and not one God; for unanimity, because it is the agreement of several, and at the same time of each one from himself and by himself, does not accord with the unity of God, but with a plurality — they did not say, of Gods, because they could not; for the light of heaven from which was their thought, and the aura in which their speech was uttered, resisted it. They said also that when they wished to pronounce the word Gods, and each one as a Person by himself, the effort of pronouncing fell instantly into One, yea, to the Only God."

Moreover, they said, God cannot produce another, for does He exist with another, and there is no such thing as a Son of God born from eternity, which is an utter falsehood:


"God is the Itself, because He is love itself and wisdom itself, or because He is good itself and truth itself, and thence life itself, which, unless they were the Itself in God, would not be any thing in heaven and the world, because there would not be any thing in them having relation to the Itself. Every quality draws its quality from that which is the Itself, from which it is, and to which it has relation that it may be such as it is. This Itself, which is the Divine Esse, is not in place, but is with those and in those who are in place, according to reception; since of love and wisdom, or of good and truth, and thence of life, which are the Itself in God, yea, God Himself, place cannot be predicated, nor progression from place to place; whence is omnipresence: wherefore the Lord says that He is in the midst of them; and also that He is in them, and they in Him." (True Christian Religion, n. 25-26).

What is most interesting is that to them, the angels, God appears as the central sun in heaven. This brilliant light has been reported by multiple witnesses who have had a Near Death Experience:


"But because He cannot be received by any one such as He is in Himself, He appears as He is in His essence, as a sun above the angelic heavens; the proceeding from which as light is Himself as to wisdom, and the proceeding as heat is Himself as to love. That sun is not Himself; but the Divine love and the Divine wisdom first emanating from Him round about Him, appear to the angels as a sun." (True Christian Religion, n. 25-26).

Moreover, within that sun of heaven God is Man, and is identical to Jesus Christ who appeared to us in human form, and God was within Jesus as a Divine soul just as the soul is within the body of each person - Jesus is not another person or being separate from God, but is God Himself:


"He within the sun is Man; He is our Lord Jesus Christ, both as to the Divine from which He came forth, and also as to the Divine Human; since the Itself, which is love itself and wisdom itself, was a soul to Him from the Father; thus the Divine life, which is life in itself. It is otherwise in every man; in him the soul is not life, but a recipient of life. The Lord also teaches this, saying, I am the way, the truth, and the life; and in another place, As the Father hath life in Himself, so also hath He given to the Son to have life in Himself (John v. 26). Life in Himself is God. To this they added that those who are in any spiritual light may perceive from these things that the Divine Esse, because it is One, the Same, the Itself, and thence Indivisible, cannot be in more than one; and that, if it should be said to be, manifest contradictions would result." (True Christian Religion, n. 25-26).

And as Swedenborg was listening in on this communication, the angels detected in his ideas the ideas of three persons, which was in utter opposition to the primary principle of One God, or Monotheism:


"When I heard these things, the angels perceived in my thought the common ideas of the Christian Church, concerning a Trinity of Persons in unity and their unity in the Trinity, in regard to God; and also concerning the birth of the Son of God from eternity; and then they said, "What are you thinking? Do you not have those thoughts from natural light, with which our spiritual light does not agree? Wherefore unless you remove the ideas of that thought, we close heaven to you and depart." But then I said, "Enter, I pray, more deeply into my thought, and perhaps you will see an agreement." They did so and saw that by three Persons I understood three proceeding Divine attributes, which are Creation, Redemption, and Regeneration; and that they are attributes of one God; and that by the birth of the Son of God from eternity I understood His birth foreseen from eternity and provided in time; and that it is not above what is natural and rational, but contrary to what is natural and rational, to think that any Son was born of God from eternity; but not so, that the Son born of God by the Virgin Mary in time is the only Son of God, and the only begotten; and that to believe otherwise is an enormous error. And then I told them that my natural thought concerning the Trinity of Persons and their unity, and concerning the birth of a Son of God from eternity, I had from the doctrine of faith in the church, which has its name from Athanasius." (True Christian Religion, n. 25-26).

And the angels answered thus:


"Then the angels said, "Well." And they asked me to say from their mouth that, if any one does not go to the very God of heaven and earth, he cannot come into heaven, because heaven is heaven from this only God; and that this God is Jesus Christ, who is the Lord Jehovah, from eternity Creator, in time Redeemer, and to eternity Regenerator; thus who is at once the Father, the Son, and the Holy Spirit; and that this is the Gospel which is to be preached. After these things the heavenly light, which was before seen over the opening, returned, and gradually descended thence, and filled the interiors of my mind, and enlightened my ideas concerning the trinity and unity of God." (True Christian Religion, n. 25-26). 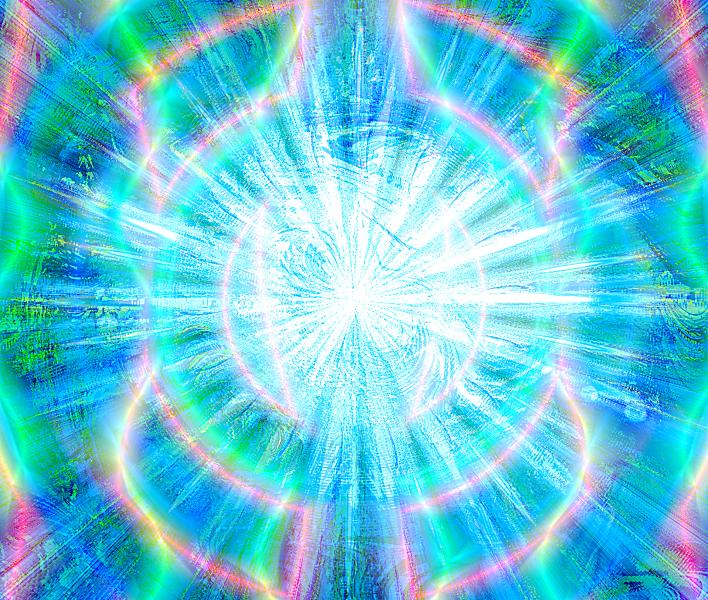