Where are the online New Church (Swedenborgian) Communities? 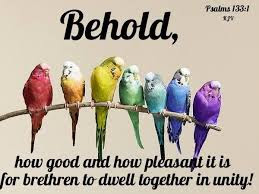 So where exactly are people of the New Church hiding throughout the world?  There are few of us here and there, and it is hard to find a local church that teaches the new revelation of the Second Coming as there is opposition to it from tradition churches, as declared in the prophecy of Revelation 12. Church offers a community where we can share with each other, and now it has become harder to gather together due to the coronavirus pandemic as many are forced to stay at home or in quarantine. But the problem was there before that, as more and more people have become isolated from each other in their individual homes.

So I looked around, I did find this if you want to view live stream services of the New Church within your home: Find live-streamed New Church Services.

To interact with others there are some Facebook groups as well (just look up "New Church" or "Swedenborg").  But for more direct personal interaction, I recently found a couple of online Discord chat groups. As luck would have it - but there is no luck, perhaps it is Divine Providence, I was cleaning out my email and found an invite to one of them.  Here they are:

An excellent Youtube channel which discusses many New Church teachings and ideas can be found here, which I highly recommend: offTheLeftEye

And this is the way of heaven.  In heaven there are myriads of heavenly societies, and we will automatically dwell in a community in heaven with those whom we regard the closest of friends. This is some of what Swedenborg wrote concerning the heavenly societies he encountered in his waking visions:


"All who are in similar good also know one another, just as men in the world do their kinsmen, their near relations, and their friends, though they have never before seen them; for the reason that in the other life there are no other kinships, relationships, and friendships than such as are spiritual, thus such as are of love and faith. This has sometimes been given me to see, when I was in the spirit, thus withdrawn from the body, and so in company with angels. Then some of them seemed as if known from childhood, but others as if not known at all. They whom I seemed to have known from childhood, were those who were in a state similar to that of my spirit; but they who seemed unknown to me, were in dissimilar state." (Heaven and Hell, n. 46)

"By brethren in the internal sense are signified those who are in similar good and truth, that is, in similar affection for good and truth. For in the other life all are consociated according to affections, and those who are consociated constitute a brotherhood. Not that they call themselves brethren, but that they are brethren by conjunction. Good and truth themselves in the other life make that which on earth is called consanguinity and relationship, and corresponds thereto. For goods and truths viewed in themselves, do not acknowledge any other father than the Lord, for they are from Him alone. Hence all who are in goods and truths are in brotherhood; but still there are degrees of relationship according to the quality of the goods and truths." (Heavenly Arcana, n. 4121).