An Angelic Visitation at Death and a Funeral 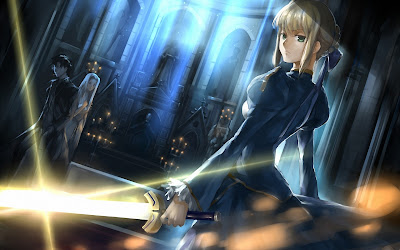 Recently someone close to me died, and the night before he died, an old neighbor saw that a very tall man in white came to visit him, picked him up and carried him away. The next day he died suddenly of a heart attack. He was old and much loved, hundreds came to his funeral. Unfortunately his daughter could not make it to the funeral in time. I had driven her to the airport, and she arrived the next day. She and many relatives would come every day to the cemetery, and pray at his grave.

She was there for seven days and was going to fly back the next day. On the seventh day she was alone at the cemetery, when suddenly behind her she heard her father call out her name. She turned around and no one was there. However she saw what she thought was her mother and brother praying at his grave. She looked away, and then looked back again. No one was at the gravesite praying. She later talked to her mother and brother, and they were not there.

She recently returned and told me about this, what I told her is angels rarely appear but they do appear more often around time of death, or when someone is in danger of death. You can read some accounts here: True Stories of People Who Have Seen Angels. In some cases they appear in ordinary human form. In other cases, they are seen as shining lights - here is one case where something was caught on video tape: The Light of an Angel caught on Video Tape. I just found another of a strange spherical light caught on security camera that entered a man's home as he was praying: see Christian Minister Catches Angel on Security Camera.

So as I was hearing this story of a possible angelic visitation at her father's funeral, it suddenly hit me. A day earlier, I had this very unusual dream of a female angelic being dressed in armor, who had told me her name was Onin and said I could find out more about her in the myths of Celtic legends. I soon identified her with the Celtic fairy Olwen who married a shepherd boy Eionin. In her name Onin she was calling herself after the shepherd boy Einion. And the story of Olwen and Eionin repeated itself in the dream even though I was unaware of this story - this is in the earlier blog post A Clairvoyant Dream of an Angel and a Celtic Fairy Tale. It was very puzzling, in the dream it was almost as if she was enjoying playing a game of "guess who I am."

In that dream, it begins as follows, here is exactly what I wrote:

I then began to wonder, is the dream related to this woman's experience? I had actually driven her to the airport, and someone else had driven her to the cemetery, the dream was probably portraying that. Indeed, many people were praying during her father's funeral, and this was shown in the dream as many cars parked at the edge of the cloud for people that had come there to pray. It was crowded in the dream where there was trouble parking. It was a huge funeral. I asked her, what was the weather like when she heard her father's voice at the cemetery? She said it was cold and foggy.

So I am beginning to think this female angel that appeared in my dream is a guardian angel of sorts. The dream pointed me to the Celtic fairy Olwen, one thing did not fit: the Celtic fairy Olwen was certainly not a female in knight's armor as portrayed in the dream. I felt that this angel was masking her identity, and enjoyed doing it - either by covering herself up with a cloud, or hiding herself in armor, or giving me mythical fairy tales.

All of these or what I call "masks" which angels use to hide their identity, and Swedenborg confirms that angels indeed do this. The story of Olwen and Einion was once used by J.R.R. Tolkien in his work Simarillon, which I had also pointed out earlier in the post A Clairvoyant Dream of an Angel and a Celtic Fairy Tale. As I was looking for women in knight's armor, I then realized one I completely missed: Eowyn, daughter of Theoden from Lord of the Rings, again by J.R.R. Tolkien. Yet again another word play. Eowyn is close to the name Olwen. The dream was combining elements from the story of Culwch and Olwen, Olwen and Einion, and now Eowyn from Lord of the Rings.

And for those of you who don't know, Eowyn dresses herself up in knight's armor and hides her identity so she could ride with her father Theoden in the last battle at the siege of Minas Tirith. She portrays herself as a man, just as "Onin" would call herself by male names. In the last ride of Rohirim, Eowyn sees her father Theoden fall in battle. For those of you don't remember the story of Eowyn I am talking about, its the one of the battle between Eowyn and the Witch-king of Angmar. If you haven't seen the movie Return of the King, do not watch the following scene:

The connection is obvious. In the book, Eowyn is unknown until she takes off her helmet and reveals her identity. In the dream Onin kept thinking about taking off her armor to show me her beauty. She was really eager to show me what she could do with her sword.

I am now beginning to think Onin is a guardian angel, who was perhaps sent to protect this woman's father at death from any evil spirit who would want to draw him away from heaven. He was not religious, but he was a good man. There is a constant battle over the souls of men between the forces of light and those of darkness. Her father's death was very hard on her. This is a guess of mine, but compare this with a statement by Swedenborg about a certain class of defending angels:

What of Eowyn plunging her sword into the face of the Nazgul? There is actually a severe form of punishment for evil spirits that desire revenge upon others:


"Those who are tenacious of revenge and who hold themselves greater than all others, regarding them as of no account in comparison with themselves, suffer the punishment of tearing, after this manner: they are disfigured in face and body until there is scarce any human appearance left; the face becomes like a broad round cake, the arms look like rags and these being stretched out, the man is whirled around on high and all the time toward heaven, while his character is proclaimed in the presence of all until shame penetrates him to the inmost" (Heavenly Arcana, n. 956)

As for the dream, why does the angel first appear as a cloud? This has to do with one's spiritual state. Angels of a lower heaven cannot see angels in the higher heavens, as their view is obstructed by a cloud:


"Angels of a lower heaven cannot speak with angels of a higher one; and even when they look toward them, they do not see them, their heaven appearing like a cloud over head" (Heaven and Hell, n. 209)

This seems to be the more plausible reason, thus Onin was happy she was able to manifest in human form in the dream. I had my doubts if an angel visited me in a dream, but I now think that is indeed the case as it makes sense now. For another story of an angelic visitation in a dream, see Four Angels dressed in Black.

Tolkien was a Catholic, and used many symbols to portray the heavenly battle between good and evil. It is known he even drew influence for his stories from some of his dreams, and seems to have tapped into something deeply spiritual. This is not the first time I have had a clairvoyant dream related to Lord of the Rings - see The Hidden Secret of the Lord of the Rings. If any of you reading this have had what you think angels appearing in dreams, giving information that you did not know before, drop me a note.

Email ThisBlogThis!Share to TwitterShare to FacebookShare to Pinterest
Labels: Angels, Dreams, Lord of the Rings