The human rights records for North Korea, like similar atheist regimes, is very low. Compare with the millions who died under Stalin in Russia, and the millions of Chinese who were starved under Mao Tse-Tung. Why are human rights standards so low for atheist regimes? This is due to the fact that true morality is not just civil. True morality has as its origin a spiritual Divine that flows into us. When we cut off that spiritual Divine, then the love of self and power prevails. This is because the origin of all good originates not from our selves, our own egos, but from the Divine, who is Good itself.

Without acknowledgment of the Divine, morality becomes external, or is done merely out of the fear from punishment or opinion of others:


"All who are in the knowledges of truth and good, but not, conformably to these, in the good of life, may live a moral life equally with those who are in knowledges and through these in the good of life; yet their moral life is not spiritual but natural, because in their life they do not live sincerely, justly, and well from religion; and those who do not live well from religion cannot be conjoined with heaven; for it is religion that makes a man spiritual and conjoins him with the angels, who are purely spiritual. To live well from religion is to think, to will, and to do because it has been so enjoined in the Word, and because the Lord has commanded it; but to live not from religion is to think, to will, and to do from a regard solely to civil and moral laws. Such as these, since they have regard only to these laws, conjoin themselves to this world alone, for which these laws are; but the former have regard to the Lord, and thereby conjoin themselves to Him. Gentiles are saved solely by this, that in their life they have regard to religion, thinking and saying that they ought to do thus and not otherwise, because to do otherwise would be contrary to the laws of their religion, thus contrary to the Divine; and when they thus think, and act accordingly, they are endowed with spiritual life, which with them is of such quality that afterwards, in the spiritual world, they receive truths more readily than those Christians who, in what they do, give no thought to the Word, or to the doctrine of the church, which is from the Word. Those who do not think from religion do not have conscience, because they are not spiritual; consequently, if their external bonds, which are fears respecting the law and reputation, should be loosened with them, they would rush into every wickedness; while on the other hand, if external bonds, which are fears respecting the law and reputation, should be taken away from those who think from religion, they would still act sincerely, justly, and well; for they fear God, and are kept in a life of obedience and charity out of heaven from the Lord, to whom they are conjoined." (Apocalypse Explained, n. 107.3-4)

Thus those who make morality one of external appearance, or done for sake of avoiding punishment, or separate from religious life, are very much deceived.  True spirituality is one where an acknowledgment of the Divine is conjoined with one's morality, and from civil morality it becomes truly spiritual.  Truly spiritual morality is one where sins are avoided not from fear of punishment, but rather they are contrary to what is Divine, and should be regarded as sin from the truth that one knows. For the Divine flows into each one of us through our conscience. An even higher spiritual morality is one where it is done out of love for what is good and useful for service. How we are judged depends on the intentions of our actions. On this path, one prepares oneself to become a recipient of the Divine influx, which flows into us as a spirit into our heart: 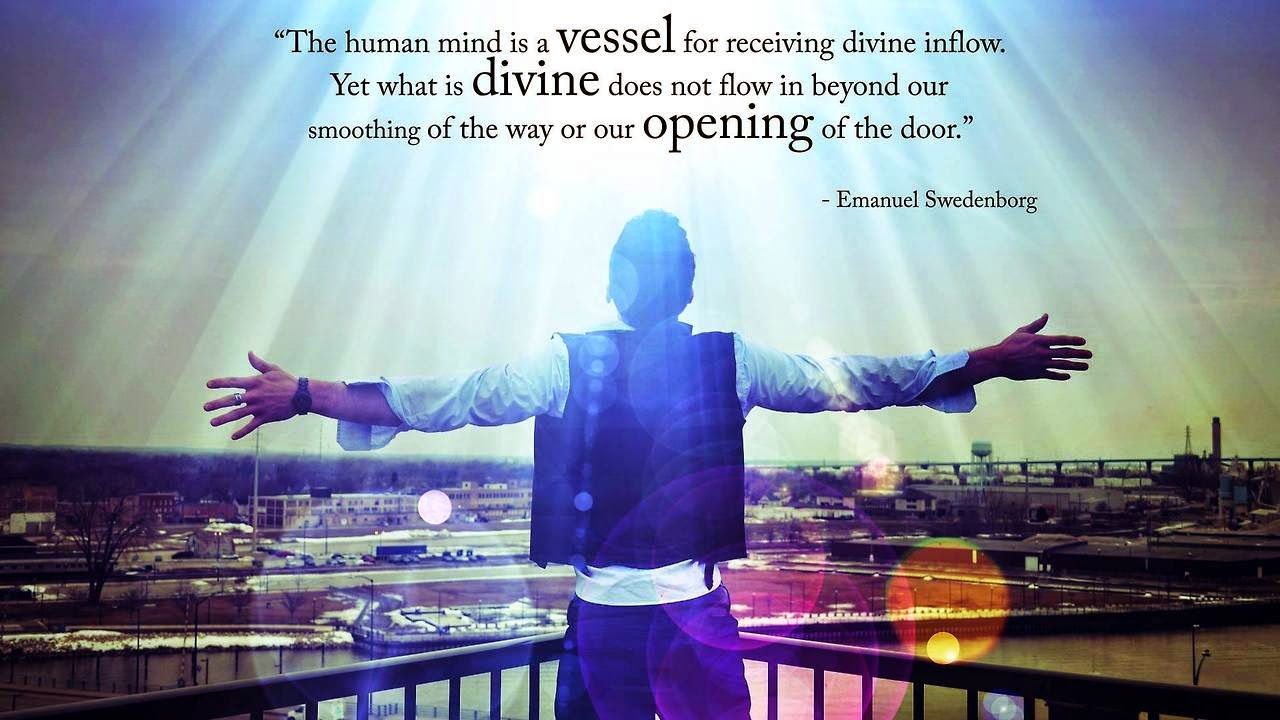