The Spiritual Meaning of the word "Works" in Scripture 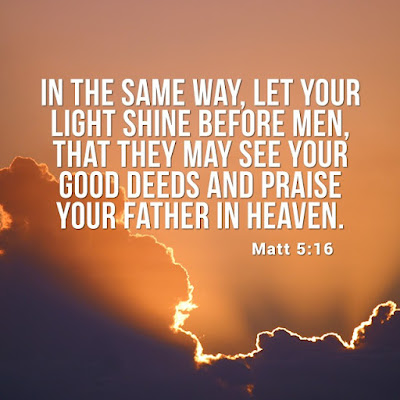 The word "works" is a generic word used in scripture that is used in many contexts, and the epistles of Paul uses the same word in completely different contexts. Many have misread the epistles of Paul and have created a false theology in Christianity where faith is merely "belief" and "works" is anything you do. When one creates such a false theology, it becomes a doctrine and bias in which the entire gospel of Jesus Christ becomes distorted into a falsified form of Christianity of belief alone. It also becomes a blinder when reading scripture, for to support it many will pick scripture verses and also take the word "works" out of context.

When reading the Gospels and the epistles of Paul, the word "works" has three entirely different meanings, depending on the context:
These three contexts for the work "works" are very different.  It is important to recognize the difference when reading the New Testament. Otherwise a misreading can lead to a false theology that is against a true Christian life, where one believes one way and lives a life of evil. But first, lets take a look at what Jesus said on this, focusing on the first meaning first.


WHAT DID JESUS HAVE TO SAY ABOUT WORKS?

Works of charity and faith are the ultimate effect of one's internal spirituality, fulfilling the greatest commandment of loving God and loving others which Jesus said is a requirement for eternal life and the fulfillment of the 10 commandments (Matt. 19:16-21, 22:37-40) and this is repeated by Paul (Rom. 13:8-10). One's internal self is what one loves, and what one loves is the primary intent behind every outward action. That every person has an internal spirituality is confirmed by Jesus when He said, The kingdom of God is within you (Luke 17:21). Our internal state becomes our heaven or hell in the afterlife: everyone goes to the place where their reigning love takes them. One's internal state manifests in external actions, which is signified by the word "fruit" thus Jesus said, by their fruits you shall know them (Matt. 7:20, see also The Spiritual Meaning of the word "Fruit" in Scripture). However, as the ego is the source of evil, when we do what is good we should acknowledge that the Lord alone is good who is the source of good in all our acts, thus Jesus said:


I am the vine; you are the branches. Whoever abides in me and I in him, he it is that bears much fruit, for apart from me you can do nothing (John 15:5)

This does not mean we are passive, for Jesus said we are to love God with our heart, soul, mind and strength (Mark 12:30).  Strength is effort, not passive laziness. We act from our will acknowledging God is the source of good who flows through us.


The light has come into the world, and people loved the darkness rather than the light because their works were evil.  For everyone who does wicked things hates the light and does not come to the light, lest his works should be exposed. But whoever does what is true comes to the light, so that it may be clearly seen that his works have been carried out in God. (John 3:19-21)

This is what Jesus understood when he uses the word "believe." And works are to be done but acknowledged that they were done through God who alone is good. It is not just a mental belief that something is true. Thus, we have many parables of Jesus where only the doers of the Word are justified, not just the hearers of the Word:
Those who do God's commands will be called the greatest in heaven (Matt. 5:19). And even Paul confirms this: For it is not the hearers of the law who are righteous before God, but the doers of the law who will be justified (Rom. 2:13).

These teachings are in regards to the works of a faithful life, by doing what God commands:

It is necessary to be doers of the Word, and to follow the commandments, to have eternal life. Jesus said all are judged according to their works:


For the Son of man shall come in the glory of his Father with his angels; and then he shall reward every man according to his works (Matt. 16:27)

By the word "works" here we are talking about the first definition: works of faith, acting out of love.


WHAT DID JESUS SAY ABOUT WORKS OF SELF MERIT

Now completely different from the first definition of the word "works," there is the second definition of the word "works" - these concern outward acts done for the sake of self-merit or self credit, or for the sake of recompense and reward. These are called self-meritorious works. They are done from the self for selfish gain, and it is these kinds of works that are condemned by Jesus. They tend to be selfish and used to create a false appearance before others, which Jesus did not like, and there will be no eternal reward for these kinds of acts:


Take heed that you do not your alms before men, to be seen of them: otherwise ye have no reward of your Father which is in heaven. Therefore when you do your alms, do not sound a trumpet before you, as the hypocrites do in the synagogues and in the streets, that they may have glory of men. Verily I say unto you, They have their reward (Matt. 6:1-2)

And when you pray, you must not be like the hypocrites. For they love to stand and pray in the synagogues and at the street corners, that they may be seen by others. Truly, I say to you, they have received their reward. But when you pray, go into your room and shut the door and pray to your Father who is in secret. And your Father who sees in secret will reward you. (Matt. 6:5-6)

These kinds of works are worthless, and for these there is no eternal rewards. But remember: works of self merit are completely different than works done out of faith and love. The first are worthless, but as for the latter, our eternal life depends on it. The first is done from self, the latter is with the acknowledgement that God is the source of the good of our works of faith. Thus it is important to know that these two kinds of works are distinct when reading scripture in order to not develop a false theology of salvation.


HOW TO UNDERSTAND PAUL'S EPISTLES IN REGARD TO WORKS

Now, when we come to Paul, his epistles have caused much debate both in the early church with James as well as in the Protestant Reformation. For when Paul uses the word "works," he switches contexts without telling the reader. This led to confusion even in his day, especially in regard in what he meant by "works of the law." The apostle Peter even acknowledges this confusion when talking about Paul's epistles:


There are some things in them that are hard to understand, which the ignorant and unstable twist to their own destruction, as they do the other Scriptures (2 Peter 3:16)

The reason for this is Paul preached to the Gentiles, and he had to constantly fight against Judaizers who wanted Gentiles to follow the external rituals of the Jewish law, which had been abrogated. These external rituals were symbolic and prophetic in form, and once the spiritual meaning of them was revealed in Christianity, it was no longer necessary to follow them. This would include rituals such as circumcision and animal sacrifices. In some instances, Paul is referencing these as "works of the law." But then he might switch to the other two definitions for the word "works," depending on context. Since the epistles of Paul are extensive where this word is constantly mentioned, here is a summary of scriptural references of the word "works" in his epistles, arranged by these three contextual definitions:
When we read the epistle of James, it is evident that many confused "works" of the Jewish rituals (definiton #3) with "work" of faith in Paul's epistles. Thus James said faith without works is dead (see James chapter 2). James also had to clarify Paul's example of Abraham in Rom. 4:2-6, for there Paul switched contexts without explicitly telling the reader. Eph. 2:9-10 is another example of an immediate context switch.

Similar to the word "works," the word "law" has multiple meanings, among them are is the law can refer to the entire scripture, to the first 5 books of Moses, to the 10 commandments, and to the external Jewish rituals. Again, like the word "works" one has to examine the context. However Paul mentions this so often I only state it here as a general guideline for interpretation.


ALL ACTIONS AND WORKS ARE JUDGED BY ONE'S INTENT

As a final rule of thumb, all actions and works should be judged by one's end, purpose or intent. It is the internal intention that is looked upon by God:

"...nothing else than the end with man is regarded by the Lord. Whatever his thoughts and deeds — which vary in ways innumerable — if only the end be made good, all are good. But if the end be evil, all are evil. It is the end that rules in every thing that a man thinks and does. The angels with man, because they are angels of the Lord, do not direct anything in the man but his ends. In directing them they direct also his thoughts and actions, for all these are of the end. The end with man is his very life. All that he thinks and does has life from the end, for, as was said, they are of the end. Therefore as the end is, such is the life of a man. His end is no other than his love; for a man can have for an end nothing but what he loves. One who thinks otherwise than he does, has yet for an end what he loves. In his very dissimulation or deceit is his end, which is the love of self or the love of the world; and from this is the enjoyment of his life. From these considerations any one may conclude that as a man's love is, such is his life." (Heavenly Arcana, n. 1317)

Thus for good to reign in one's life, one must acknowledge God first, that all good comes from Him alone, and nothing from the selfish ego. Or at least, one is spiritual if good is done for the sake of being useful without thought of selfish return.
Posted by Doug Webber at 3:57 PM