Faith is not Belief. It is Living by the Truth. 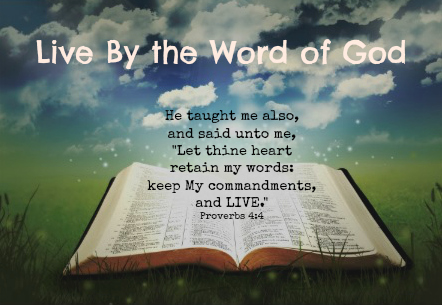 In religion, there is much talk about one's faith.  But what is faith?  It is simply what you believe?  No, belief does not make faith.  For some religions, "faith" means just believe without questioning.  Its a way to keep people in blind ignorance, so no one questions the teaching. Especially for beliefs that make no rational sense.  The truth of the matter: faith is spiritual truth, and one lives in the truth who is in love towards God and the neighbor. If you believe in one way, but continue to live in sin, however you want, you have no faith.

Faith is synonymous with truth, and living by the truth.  This is the conception of faith in the New Church.  But it is not new, it is old.  The Hebrew word translated as "faith" comes from the same word for "Amen": they both mean truth. "Amen" means "so be it" or "let it be" or "it is so."  Unfortunately, in the English language, faith has come to be synonymous with "belief".  And most think if they just believe in one way, without considering how they live, they will still be saved.

The essential doctrines of the New Church are described in what Swedenborg wrote as "The Four Doctrines".  The Four Doctrines concern four things of the New Church: 1. the Lord, 2. Sacred Scripture, 3.  Charity, or how one lives, and 4. Faith.  Those who have been taught falsely by Protestant doctrine, who think they are saved by belief alone, that one can do no good, are greatly mistaken.  For the Lord acts through a person's will, and if the will is inactive in repentance and living according to the commandments, the faith is dead. One must act as if from oneself, but acknowledge that it is the Lord who is the source of the good in your will, and is the source for resisting evil. The Protestant theology has misinterpreted the writings of Paul, for when Paul said the just live by faith without the works of the law, he was speaking of the external works of the rituals of the Mosaic law. Not charity or good works.  For both he and Jesus said everyone will be judged according to their works.

Many Protestants like to point the finger at others and label something that is contrary to their belief as a "cult". But they fail to self examine their own religion: they do not question the Tritheistic definition of the Trinity of the fourth century A.D., and they never question that one is saved by belief alone.  As sins are automatically transferred, no need for self examination or repentance either.  What we end up with, is a system of belief that actually goes contrary against Christianity: for there is no Christianity where there is no repentance from sin.  Since they cannot see the falsity in their own theology, and insist upon it, many leave the church and fall into heresies.

There is one principle that needs to be understood: faith, or truth, is first in time.  But it is charity, or love, which is first in end. Love is the goal. But we cannot reach that goal unless we first purify ourselves of sin through the truth.  Swedenborg provides some examples of this:

The faith of the New Church is thus utilitarian, practical and useful.  Swedenborg then sums up some points concerning faith as follows:

I. Saving faith is in the Lord God the Saviour Jesus Christ.
II. The sum of faith is that he who lives well and believes aright is saved by the Lord.
III. Man obtains faith by going to the Lord, learning truths from the Word, and living according to them.
IV. Abundance of truths, coherent as if bound together, exalts and perfects faith.
V. Faith without charity is not faith, and charity without faith is not charity; and neither is alive except from the Lord.
VI. The Lord, charity, and faith make one, like life, will, and understanding in man; and if they are divided, each perishes, like a pearl reduced to powder.
VII. The Lord is charity and faith in man, and man is charity and faith in the Lord.
VIII. Charity and faith are together in good works.

Why is saving faith in Jesus Christ? Swedenborg explains this further:


Men should believe, that is, have faith in God the Saviour Jesus Christ, because this is faith in the visible God, in whom is the invisible; and faith in the visible God, who is Man and at the same time God, enters into man; for faith in its essence is spiritual, but natural in its form; therefore with man this faith becomes spiritual natural; for every spiritual thing is received in what is natural in order to be any thing with man. The naked spiritual does indeed enter into man, but it is not received; it is like the ether, which flows in and out without affecting; for in order to affect, there must be perception, and so reception, both in man's mind; and these are not with man except in his natural. But on the other hand, merely natural faith, or faith destitute of spiritual essence, is not faith, but only persuasion, or knowledge. Persuasion emulates faith in externals, but because there is nothing spiritual in its internals, there is therefore nothing saving. Such faith is with all who deny the Divinity of the Lord's Human; such was the Arian faith, and such also is the Socinian faith, because they both reject the Lord's Divinity. (True Christian Religion, n. 339)

As Jesus made His human Divine, so He enters into all humanity who have faith in Him who acknowledge Him as Lord, and acknowledge their specific sins and turn away from them.  In this visible form we now have a direct link with God. He also does this with the good who turn away from evil who are outside of Christianity, but this is more indirect, as those outside of the church have an imperfect knowledge of the truth. It is through the truth that one turns away from evil, after which one begins to act according to the truth, and then later one acts from the will of doing good. Thus God leads all humanity to Him through something universal: one's own conscience.


With faith in Jesus Christ, which is turning away from sin and living according to His commandments, there are three steps of spiritual regeneration:


1. Repentance, or purification from sin. Removing evil and falsity in one's life.
2. Learning the truth from the Word, and living according to the truth.
3. Acting according to God's will, from the love implanted in one's heart.

These are the three simple steps of Christianity. And they must happen in order. Belief alone makes one spiritually apathetic and lazy.  Repentance is not easy the first time.  Begin with self examining your life, and looking for some fault or behavior pattern to remove. The cyclic behavior patterns are the hardest to remove, and one must practice to remove them. Repentance clears the mind, soul and body, preparing yourself for the in-dwelling of God's spirit. That is truth faith, and the path to eternal happiness.
Posted by Doug Webber at 10:19 PM