A Review of Spiritual Anime: Suisei no Gargantua 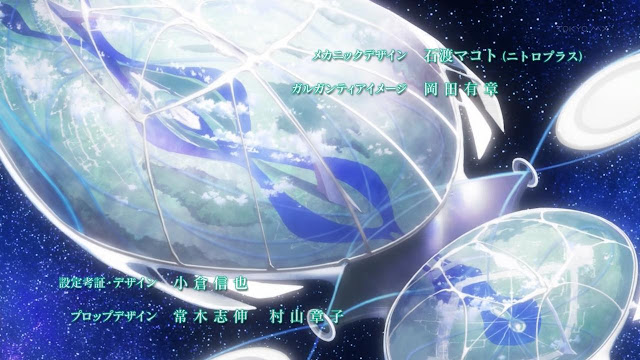 Japanese anime is a hit and miss affair, and without standardized ratings as with most western animations and movies its often hard to find good quality ones that I can recommend.  However in Japanese anime the creators have more freedom to express their creativity than most other animations produced elsewhere. My all time favorite anime is Code Geass - the first anime I ever watched - but I thought I would recommend a lesser known anime released in 2013, Suisei no Gargantia (or Gargantia on the Verduous Planet).  It has a spiritual message similar to the theme of this blog.  I had blogged about an episode of another anime earlier which also has a spiritual message, and strangely it appeared in another person's dream the same night (see A Clairvoyant Angelic Dream of Japanese Anime). This anime may have also appeared in another person's dream the same night I was watching it, so I took note and decided it was worthy to share it in this blog.

Without spoiling it, the anime does discuss a human extraterrestrial society wandering in space, highly regulated and under military control, where freedoms we take for granted given as special privileges.  There seem to be elements drawn from reports of contacts with extraterrestrials - such as one our government does not want us to know, that they live in a society where there is no money. Also we can see here probably how some extraterrestrials truly see our society as extremely inefficient and wasteful (see Extraterrestrial Contact from Iarga: their Origin and Philosophy). Another aspect shown in this anime is the danger of open extraterrestrial contact, how it can change society for the worse and bring about a distorted religion. It discusses how different societies have different moral codes which govern their behavior. It may show an aspect of our future, when our planet may become covered with larger amounts of water due to global warming.

However that is a side story. The main message comes at the end: when one devoutly follows a religion based on authority and tradition (see Truth by Religious Tradition & Authority vs. Spiritual Truth), and then one comes to the realization that the religion is false, and was used as a means of control. It is preceded by an extraterrestrial also having to confront the falsehood of propaganda that was fed to him all his life in order to control his behavior.  It reminded me of the time when I forced myself to confront the falsehoods of Christianity - and to acknowledge the falsehoods of one's own religion is a very, very hard thing to do. Few people question what they grew up with. But when they do, and realize that it is false, one cannot just go alone and follow the truth: there must be a battle between the old religion and the new truth.  This is known as spiritual warfare, and this battle between the old Christianity and the new is described metaphorically in the battle of Armageddon (see also The Prophecy of the Dragon, the Beast, and the False Prophet). The ending of this anime would be a good symbolic representation of that battle.

The anime has 13 episodes, and I would say in terms of pacing it starts good and then it falls into a series of "fluff" episodes in the middle, and then it picks up at the end. It was rated as #10 in the top ten best action animes by one reviewer (see Top 10 Action Anime) and while the others may be more action packed this is the only one I have seen so far that ends with a good moral and spiritual message. Thus for me, it would be higher in my list of favorites.
Posted by Doug Webber at 1:21 AM