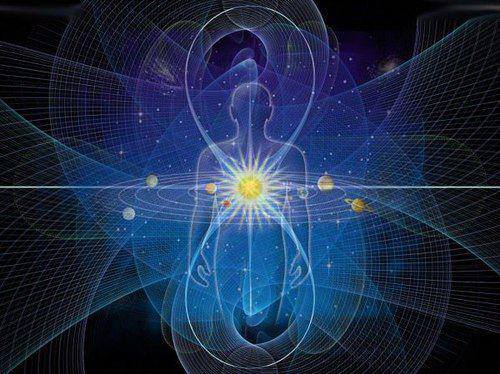 In many religions, God is abstract, unseen, unknowable...without form and amorphous.  In eastern religions, many of them instruct people to meditate on "nothingness" and remove other thoughts from the mind.  Islam is similar when speaking of Allah: "Vision perceives Him not, but He perceives [all] vision; and He is the Subtle, the Acquainted." (Qur'an 6:103).  According to wikipedia: "In Islam, God is beyond all comprehension or equal and does not resemble any of his creations in any way. Thus, Muslims are not iconodules and are not expected to visualize God." However in ancient religions, God was always worshipped under a human form. When modern anthropologists look back at these religions, they call them "anthropomorphic." In other words, the underlying assumption is that man is projecting his own image upon God. But is that true?  Actually, scripture says the exact opposite: WE were created in His image, not the other way around:


So God created man in His own image; in the image of God He created him; male and female He created them. (Gen. 1:27)

Also before the incarnation, He revealed Himself as Jehovah in the human form multiple times, I will mention one of them:


Then Moses went up, also Aaron, Nadab, and Abihu, and seventy of the elders of Israel, and they saw the God of Israel. And there was under His feet as it were a paved work of sapphire stone, and it was like the very heavens in its clarity.  But on the nobles of the children of Israel He did not lay His hand. So they saw God, and they ate and drank. (Ex. 24:9-11)

Which is interesting, because other passages of the Bible state that no one can see God and live:

So how to explain this? In the New Testament, again God is unseen, but Jesus is His image:


No one has seen God at any time. The only begotten Son, who is in the bosom of the Father, He has declared Him. (John 1:18)

And Paul states that Jesus is the image of the unseen God:


God, who at various times and in various ways spoke in time past to the fathers by the prophets, has in these last days spoken to us by His Son, whom He has appointed heir of all things, through whom also He made the worlds; who being the brightness of His glory and the express image of His person (Heb. 1:1-3)

Which is interesting: Jesus is not a second person of a trinity of three persons: this was completely unknown to the apostles. He is the visible image of the person of God.  Not only that, but Swedenborg saw that God Himself was a Divine God Man: one that lies hidden in the spiritual Sun of heaven (the light that people see in the Near Death Experience), who created all things.  Even before the incarnation, He appeared to angels and man as a Divine Man. As contact with heaven began to be broken off due to man's sinfulness, it became necessary for Him to become incarnate. Why?  Because with no image of God, there can be no thought of God. Think about it. You cannot think about it, unless you have an object or image to think about. Thinking about nothing leads to...nothing.  God is love, God is merciful, God is truth - these are universals which make all of us more human.  But what Swedenborg was shown is that these are not abstract thoughts without any form - in fact, every single truth has a form.  The highest form of truth, or any idea, is the human form. This is because these higher level truths originate from the Divine God Man, which Swedenborg calls, the "Divine Human."

So what is ironic, is that the primitive peoples - who worshiped God under human form - were correct!  Modern scientists like to think that they are smarter.  But Swedenborg says the opposite. Those who are simple, who have not studied theology, especially the ancients - they who worshiped God in the human form were closer to the truth that modern people who think God is amorphous, or some universal energy. Yes, He is all energy, but that is what flows from His human form. If one believes in a universal consciousness, they begin to get closer to the truth. For a universal consciousness implies a human form.  This universal form is everywhere, and omnipotent: it is also outside time and space.  Yet God "localizes" Himself so that there can be conjunction between Himself and each and every person, in thought, will and deed. We are His walking images. We are the three dimensions of a higher dimensional Being. This is one thing that makes the New Church unique from churches that preceded it: God is worshiped under a single human form, creating a closer conjunction with God Himself.

So to get back to the problem in scripture - we have two conflicting passages.  In one, it is stated that no one can see God and live. In the other, the elders of Moses were able to see God, and were immediately happy - it says they ate and drank. This, in Christianity, is called Communion or the Eucharist.  So is this yet another   Biblical "error" for skeptics? If you are a skeptic looking for errors, yes, its an error intended for you to stop looking and to not pay attention. But if you look deeper, God reveals Himself by degrees: each lower degree is a symbolic representation of the former degree.  There are three levels of God:


1. The Divine Itself. This no man can see, or comprehend. He is completely beyond us. To encounter the Divine directly, would mean we would cease to exist.
2. The Divine Human. God has an image of Himself, the human form. This human form is a reflection of the invisible Divine.
3. The Proceeding Divine. Also known as the Holy Spirit...others will name it differently, such as "universal consciousness" or "Divine energy."  This lowest level can interact directly with the will and mind of all humans.

The above three levels or degrees are united in one Being. Each person or human form also has these three degrees of existence: the soul, the body, and a proceeding spirit or aura around one's body. Or, more universally, these three degrees exist in every action as the intent, the thought, and the act. More philosophically, one can say these three exist as end, cause and effect.  So not only is a trinity of three persons - or Tritheism - completely false, it also happens to completely obscure this truth.


PROOF THAT GOD IS A DIVINE MAN

So, do we have to just depend on revelation, or does there happen to be any "proof" - or scientific indication - that God is a Divine Man.  Scientists will say no.  All we have are these laws of order.  But Swedenborg was shown that God is order, and God is more present where there is more order. So lets look at the different degrees of order. Everyone will dispute the existence of God, but no sane man will dispute that there is order in the universe.  Not only is there order, but there are increasing levels of order.  For this, lets take a look at the theory of The Reflexive Universe, by Arthur M. Young. Its a bit hard to summarize, as this theory covers...everything.  But it neatly divides order into several levels of existence.  As published, the theory of Arthur M. Young is incomplete, and as it was formulated in the 1970s and earlier, there are some mistakes in it.  So I proceeded to correct it a bit - and the reason why I focus on it is that it confirms many of the ideas that were revealed to Swedenborg in his visions. You can see the former blog entries by looking up the label "Universal Order" to the left, but I will provide links to these former blog entries:

The Seven States of Creation

The Universal Order of Design - part 2

The Seven Dimensions of Space Time

The Universal Order of Design - the Symbolism of the Atomic World

The Universal Order of Design - the Tetrahedron

The Universal Order of Design - the Symmetry of Matter

The Universal Order of Plants

The Seven Dimensions of Physics

The Spiritual Symbolism of the Four Forces

I think that's all of them - so far.  That's a lot, but very little, considering we are discussing---everything!  But we are discussing things by dividing them up into degrees of order. The beauty of the theory, is each level or degree corresponds with each other. All of existence can be divided into seven states or degrees - and each degree has its own seven sub-levels.  So what are the seven states or degrees of order?  They are as follows:

So, each level or degree of order forms a foundation for the next level. There is always a repeating pattern of seven.  Arthur M. Young got the first level wrong, and confused it with light.  This level, by the way, is the hardest to learn about, and public science knows so little about it because there are areas of study in there that are the subject area of top secret programs...so progress in that area has been "slowed down" a bit, but some details have leaked out here and there. The beauty of the theory, is that it exposes gaps in our own scientific knowledge, and once the gaps are exposed we can start to make very good guesses about them from symbolic correspondence.

But back to my main point. At first, declaring God as a Divine Man seems non-intuitive, the subject matter of religious revelation only.  But once one examines the increasing levels of order, it begins to become an inescapable conclusion.  Everything that we see in the universe - once we understand the increasing planes of order - is leading to that conclusion.  Which is why when God chose to become incarnate, that was His ultimate conclusive revelation.  As for the seventh plane of existence, it was a big question mark in Arthur M. Young's mind - he knew it was there, he knew it was big...he just could not completely grasp it.  The sixth level or degree of order culminates in man. The seventh level is the spiritual world - and there are more things there than we can even imagine.  But it is quite ordered. What Swedenborg saw is that there were heavenly communities, all arranged in the form of a grand human being - the Divine Man. Each human angel, each angelic society, corresponded with some aspect of the human body. The more people who died and entered heaven, the more perfect this grand human being would become.  Thus is it is very true: the church is part of the body of Christ. For each human forms a cell, like a hologram, of the Universal Human.  Yes, it is quite logical to conclude: God is a Divine Man.
Posted by Doug Webber at 12:27 AM