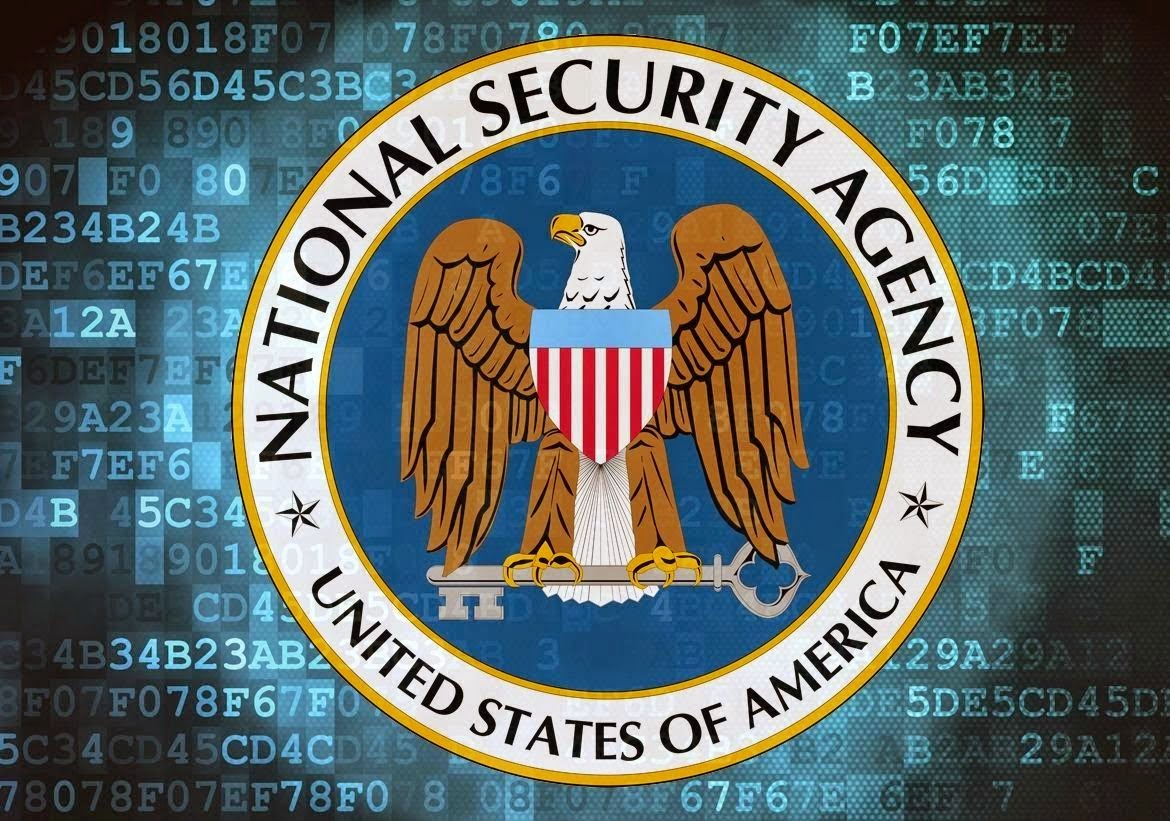 In the last blog post, UFOs tracking Space Shuttle Atlantis: Government Tampering with UFO videos on Youtube, I found evidence that a youtube video containing NASA footage was edited after it was uploaded. This was quite a surprise.  NASA, itself, would not do this.  So I thought about it, and asked myself, what government agency would be able to get into youtube and edit the video, with or without Google's knowledge?  There was only one answer: the NSA, the National Security Agency.  Or as they prefer to call themselves, "No Such Agency."  That video edit was a dead giveaway.  It shows that the NSA is heavily involved in hiding the existence of UFOs and extraterrestrials.  How involved are they?  Quite a bit, actually, more so than I could have imagined. I have discovered one can derive a bit of knowledge by following efforts at disinformation.

So, if the youtube video was edited, was it done with or without the knowledge of Google?  Did an external agency hack into youtube to edit it, or was it done with the cooperation of Google, whose motto is, "Don't be evil?"  I can't believe I am blogging about this, as of course, blogger is owned by Google.  And I am sure since I have mentioned the initials "NSA" they are bound to find this blog as well.  For the alleged cooperation between Google and the NSA, I found an article called Concern over Possible Google-NSA Cooperation, which said the following:


Following an attack on Google by Chinese hackers last December, the tech giant alarmed Internet privacy watchdogs by reportedly seeking help from America’s shadowy National Security Agency. The close and undefined connection between Google and the NSA, better known for tapping phones than patching security holes for private companies, has raised the ire of Internet privacy activists.
In the past years Google has amassed an extensive amount of sensitive data about its users, and ties to the world’s top cyber-surveillance agency have made experts demand Google make public the details of its alliance with the NSA. Greg Nojeim, a senior counsel with the Center for Democracy and Technology, recently expressed his fears to Fox News, saying that his group is “very concerned about what information Google is sharing with the NSA.”
In addition to Nojeim’s group and a number of other privacy advocates, the prominent American Civil Liberties Union has recently become involved in the issue. The ACLU has started a letter-writing campaign to Google CEO Eric Schmidt highlighting what it calls the frightening ramifications of shacking up with the NSA, a military agency with limited government oversight.
The ACLU further explained that the NSA’s primary function is spying and that “in the last decade, it turned its surveillance efforts inward on the American people – in violation of the law and the Constitution.”

Google possesses a lot of information that is of interest for data mining to the NSA.  But going in and tampering with a user's video?  That is crossing a red line.  And guess what, it allows me to start following a trail that leads to the NSA's involvement with extraterrestrials.  So what did I find?  I found an article entitled, Official ET Disclosure? NSA Document Admits ET Contact from a website called debunkingskeptics.com. Apparently the FBI has admitted that the Roswell crash in 1947 was real (I was not aware of that), but now we have the following from NSA:


On October 21, 2004, the NSA approved for release to the public a portion of their NSA Journal Vol. XIV No. 1. This is a report of a presentation given to the NSA by Dr. Howard Campaigne regarding the decoding of extraterrestrial messages that had been received “form outer space”. Apparently, these messages had actually been received via the Sputnik satellite, but no one had any idea how to decode them at the time.
At some time, unspecified in the document, Dr. Howard Campaigne and some other NSA super mathematicians in the crypto department had been given the task of decoding the messages. There were a total of 29 messages to be decoded—quite an undertaking.
It is curious, to say the least, that this document was cleared for release on October 21, 2004. Why was that? Because the NSA did not release it into public information until April 21, 2011. Though cleared for release, the NSA had been stonewalling it along with hundreds of other NSA documents about contact with UFOs and extraterrestrials until they lost the lawsuit brought by Peter Gersten, a lawyer from Arizona. When they well and truly lost, the judge’s order had to be carried out, and the documents had to be released.

The document is clear, there is no doubt: a signal was received by earth from an extraterrestrial source trying to make contact with earth. They found us before we found them. The original document can be found on the public web site at the NSA at this address: http://www.nsa.gov/public_info/_files/ufo/key_to_et_messages.pdf.  In it it says the following:


Recently a series of radio messages was heard coming from outer space. The transmission was not continuous, but cut by pauses into pieces which could be taken as units, for they were repeated over and over again.  The pauses show here as punctuation.  The various combination have been represented by letters of the alphabet, so that the messages can be written down.  Each message except the first is given here only once.  The serial number of the messages has been supplied for each reference.

So, what is in the message?  As it turns out, the message is about the most universal of all languages: math and logic. Its a series of mathematical statements.  And once the mathematical statements are deciphered, it looks like the messages contain information about something else that is universal: the periodic table of the elements! In case that PDF link above should go down or moved elsewhere, everyone who sees this can see the original document below and see for themselves:


So the next question for me was: who is Dr. Howard Campaigne?  I found this article called NSA and Computer Development, which says the following:


...In the summer of 1946, two civilian researchers working for the Navy, Dr. Howard Campaigne and [redacted] attended a conference on computing at the University of Pennsylvania. Participants compared new academic data processors, discussed advances in increasing memory, and shared ideas on programming languages [redacted] report to the Navy in the fall of 1946, prepared in cooperation with Dr. Campaigne, detailed the latest advances in computing and gave examples of how they could be applied in cryptanalysis...
...President Eisenhower approved Project LIGHTNING in a meeting with General John Samford, the new DIRNSA, giving a powerful boost to the project. Engstrom believed that with an adequate budget and a genuine "free hand," NSA could create a new generation of super-fast computers, perhaps tripling processing speed at a stroke [redacted]. To manage LIGHTNING, he chose Howard Campaigne, the data processing pioneer. NSA went to three major contractors for research on the latest technologies, with other commercial firms and some universities taking smaller aspects of the overall research plan.

An interview of Dr. Howard Campaigne, previously classified as secret, can be found here from the NSA web site: http://www.nsa.gov/public_info/_files/oral_history_interviews/nsa_oh_14_83_campaigne.pdf.  So this means, probably from the 1950s, the NSA deciphered an extraterrestrial signal from outer space.  EAT YOUR HEART OUT SETI!  It looks like SETI is a cover for the public to give everyone the impression we have not found anything yet. 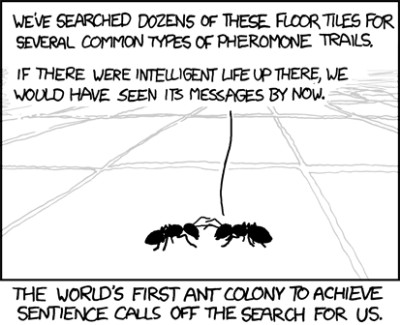 HOW CLOSE IS THE CONTACT BETWEEN THE GOVERNMENT AND EXTRATERRESTRIALS?

Very close. It goes much further than just that radio signal. It explains the effort they go through to spread disinformation and hide their existence.  In an interview, British hacker Gary Mckinnon revealed that while hacking into government computers in the U.S. he found an Excel spreadsheet labeled "non-terrestrial officers."  He also found a list of interesting ship to ship transfers.  This probably explains why the U.S. Government wanted him extradited.  That finding means either we have some people off world already somewhere, or they are already here in some official capacity.  Sound far-fetched?  Why would the NSA fight to not release that document concerning an extraterrestrial signal?  Why would all the major media outlets be utterly silent about this disclosure from the NSA?  Don't you think that would be front page news, unless the media was controlled?  Also, Paul Hellyer, the former Canadian Minister of Defense revealed in a speech that direct contact had been made between the U.S. Government and extraterrestrials.  See the following speech:

He reveals that a military study was done that indicated at least four extraterrestrial races had been visiting earth for thousands of years.  He also states that two of them are working closely with the U.S. Government.  Very interestingly, he mentions the cabal of government organizations that wish to keep this knowledge secret from the public.  In the following speech, he reveals that "decades ago", contact was made and extraterrestrials offered to help prevent us from destroying our planet.  However some had interpreted their visit as a "threat", and began a program of shooting them down in order to forcibly gain their technology:

From this and other interviews, Paul Hellyer indicates that he thinks that extraterrestrials have the technology to solve our energy problems, to help prevent us from destroying our planet.  But we are not spiritually mature enough for this extraterrestrial contact.  The military of this world is more interested in reverse engineering the technology in order to obtain military dominance.  Our entire economy is based on the petrodollar, and if dependence on oil were removed, there would no longer be central control of the economy by the powers that be. There is a banking cartel that would like to see nations in continual debt. It is this political and financial motivation which prevents full disclosure on the existence of extraterrestrials. Things can be much different, if we elevate our minds above the selfish ego, the ego that wishes to obtain dominance over others.

From a religious standpoint, I no longer consider that the extraterrestrial contact claimed by Emanuel Swedenborg in the 18th century to be an area that can be used to discredit his visionary and clairvoyant experiences. Rather the opposite: the evidence we have concerning extraterrestrials and UFOs - even the small pieces of information that have leaked out - confirms that the information that was revealed to Swedenborg was centuries ahead of its time.  The only reason I started to re-investigate the extraterrestrial UFO phenomenon in this blog was to address this question which I did not discuss in the article, Was Swedenborg a Cult Leader, and is the New Church a cult? For people look at his testimony concerning extraterrestrial life, and for that alone, do not give the visions a closer look in how they reveal that modern Christian theology in Protestant and Catholic churches have become corrupted over time.