The Two Essentials of True Christianity 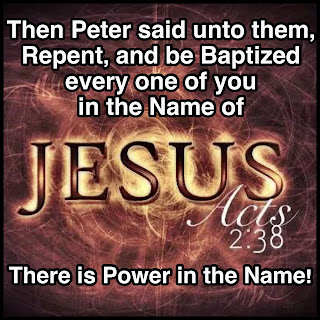 There are two essentials of True Christianity, which shows just how far many Christian churches have fallen from the true gospel of Jesus Christ. Swedenborg mentions this at the beginning of his work on the book of Revelation:

So if this is true, it means that most churches have departed from the true faith and are preaching a false gospel. And this is why a new revelation had to come concerning the New Church. So is true Christianity founded on one God in one person, and that salvation is from repentance? Let us examine scripture and see if it is true.


TRUE FAITH IS A FAITH IN JESUS CHRIST ALONE

The first point, that God is one, is declared in the gospels:

The Lord our God is One. Not three. One. And Who is that Lord? It is Lord Jesus Christ. We know this from the book of Revelation:


I am Alpha and Omega, the beginning and the ending, saith the Lord, which is, and which was, and which is to come, the Almighty. (Rev. 1:8)

John hears a voice who says this:


I am Alpha and Omega, the first and the last: and, What you see, write in a book, and send it unto the seven churches which are in Asia (Rev. 1:11)

John turns around and sees Jesus Christ. Jesus again repeats this at the end of the book of Revelation:

This means Jesus Christ is the Almighty God in human form. Moreover the title "first and last" is reserved for Jehovah alone:


Thus says Jehovah, the King of Israel and his Redeemer, Jehovah of hosts: “I am the first and I am the last; besides me there is no god (Isa. 44:6)

Thus inasmuch as a church teaches a "tripersonal God" has departed from the truth faith. For the Father resides in the person of Jesus Christ and is not separate from Him as they teach in their man-made theology:

The modern definition of the Trinity does not fit this description in scripture. For the Father resided in Jesus Christ as the soul resides in the body. There is no definition of the Trinity as three persons in scripture. It is foreign to the true gospel of Jesus Christ. And those who make the Father into another person do not know who Jesus Christ really is. They put Jesus off to the side and ignore Him. Those who pray to saints and Mary put Jesus off to the side and ignore Him. It is not true Christianity, it is a falsified version that is taught to people who do not read their Bible.

True Christianity is a faith in Jesus Christ alone and no other: for the Father is the invisible God, and Jesus is the visible form of Him:

And again Jesus is  described as follows:


Who being the brightness of his glory, and the express image of his person (Heb. 1:3)

He is not another person, but the visible form of the invisible God. That Father and Son are merely the invisible and visible God, or the unknown and known God, is declared in the gospels:


No man has seen God at any time; the only begotten Son, who is in the bosom of the Father, he has declared him (John 1:18).

Jesus thus calls God "Father" simply because He was born of a virgin, for this was the manner in which God could descend and become incarnate in human form (see Why Jesus was born of a Virgin, and the Origin of the Soul).

In scripture, and in the epistles of the apostles, true faith is explicitly focused on Jesus Christ alone:


Here is the patience of the saints: here are they that keep the commandments of God, and the faith of Jesus (Rev. 14:12)

hold the faith in our Lord Jesus Christ, the Lord of glory (James 2:1)

Hold fast the form of sound words, which you have heard of me, in faith and love which is in Christ Jesus (2 Tim. 1:13)

the holy scriptures, which are able to make thee wise unto salvation through faith which is in Christ Jesus (2 Tim. 3:15)

I hear of your love and faith toward the Lord Jesus (Phil. 1:5)

those who serve well as deacons gain a good standing for themselves and also great confidence in the faith that is in Christ Jesus (1 Tim. 3:13)

we know that a person is not justified  by works of the law (Paul was speaking of the Jewish rituals) but through faith in Jesus Christ (Gal. 2:16)

ye are all the children of God by faith in Christ Jesus (Gal. 3:26)

the righteousness of God which is by faith of Jesus Christ (Rom 3:22)

Thus true Christianity is a faith in Jesus Christ alone, and no other. Any other faith is a spurious faith, and is not truly Christian. The Father is the invisible God, and Jesus is the visible form, in one person:

SALVATION COMES ONLY BY REPENTANCE FROM SIN

There are many who teach of salvation from mere lip confession, from belief alone. That on a mere belief sins are automatically removed. But they are greatly deceived, and they continue to deceive many. Salvation comes through repentance, which is turning away from sins and living by God's commandments.

So what does scripture say in how sins are removed? Read this:


John appeared, baptizing in the wilderness and proclaiming a baptism of repentance for the forgiveness of sins (Mark 1:4, also Luke 3:3).

The word "forgiveness" can also be translated as "remission" and means the removal of sins. This was taught by John the Baptist. And Jesus confirmed it when He said this after He rose from the dead:


“Thus it is written, that the Christ should suffer and on the third day rise from the dead, and that repentance and forgiveness of sins should be proclaimed in his name to all nations, beginning from Jerusalem." (Luke 24:46-47)

And Peter said to them, “Repent and be baptized every one of you in the name of Jesus Christ for the forgiveness of your sins, and you will receive the gift of the Holy Spirit. (Acts 2:38)

Repent therefore, and turn back, that your sins may be blotted out (Acts 3:19)

God exalted him at his right hand as Leader and Savior, to give repentance to Israel and forgiveness of sins (Acts 5:31)

Likewise, forgiveness of others is conditional on their repentance:

Repentance is a change of life:

I have not come to call the righteous but sinners to repentance (Luke 5:32)

There is much joy in heaven to those who repent:


I tell you, there will be more joy in heaven over one sinner who repents than over ninety-nine righteous persons who need no repentance (Luke 15:7)

Swedenborg explains that Jesus saved humanity by conquering the power of hell, and He works through us to redeem us in a life of repentance:


"The Lord came into the world chiefly for these two things, to remove hell from angel and from man, and to glorify His Human. For before the Lord's Advent, hell had grown up so far as to attack the angels of heaven, and also by interposing between heaven and the world, to cut off the Lord's communication with men on earth, so that no Divine truth and good could pass through, from the Lord to men. Consequently total condemnation threatened the whole human race; and further, the angels of heaven could not have long continued to exist in their integrity. And therefore, in order that hell might be removed, and this impending condemnation thereby taken away, the Lord came into the world, removed hell, subjugated it, and thus opened heaven; so that He could afterward be present with the men of the earth, and save those who should live according to His precepts, consequently regenerate and save them, for those who are regenerated are saved. This is what is meant when it is said, that, because all have been redeemed, all can be regenerated; and, because regeneration and salvation make one, that all can be saved. Therefore, what the church teaches, that without the Lord's Coming no one could have been saved, is to be understood in this way, that without the Lord's Coming no one could have been regenerated. As to the other end for the sake of which the Lord came into the world, namely, to glorify His Human, this was because He thereby became the Redeemer, Regenerator, and Saviour for ever. For it is not to be believed that, by the Redemption once wrought in the world, all men have been redeemed by that, but that the Lord is perpetually redeeming those who believe in Him and keep His words." (True Christian Religion, n. 579)

Thus those who teach one's sins are immediately transferred away upon a mere lip confession are wrong - it is a life long process of repentance in Jesus Christ, that continues with Him to eternity. Acknowledgment of one's sins, and turning away from them, is the first step on the true spiritual path to eternal life.
Posted by Doug Webber at 11:20 PM