Quantum Physics, Virtual Reality and the Revelations of Emanuel Swedenborg 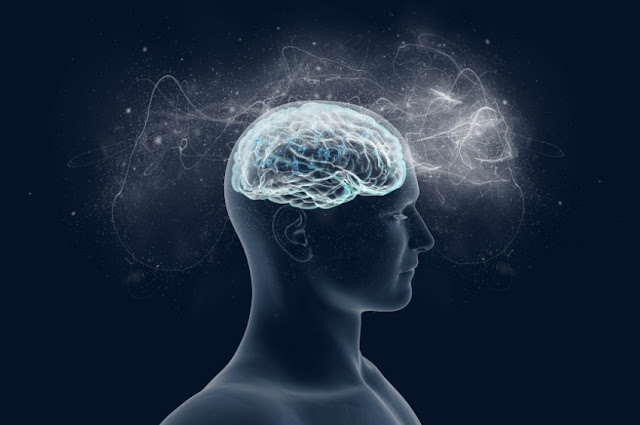 Recently physicists have proposed that the universe is more like a virtual reality simulation created by a universal consciousness, rather than a mechanical machine that runs like a ticking clock without any intervention or interaction.  At first I thought this was just an analogy of order seen in physics and nature proposed recently due to the increased usage of virtual reality games in the age of the internet, but this is actually based upon philosophical ideas from the 18th century as well as modern findings in quantum physics at the beginning of the 20th century.

The surprise here is that there is actually evidence in modern physics that indicates that we indeed live in a virtual reality of sorts overseen by a vast orderly consciousness. It is summarized in the article Is the Universe a Vast, Consciousness-created Virtual Reality Simulation? and there is a full PDF article here. It is a thought provoking read. There are two simple experiments involving photons of light that are easy to replicate:


What is interesting is that light behaves in a predictable way, independent of the time factor.  It does not matter if the stream of light is slowed down to a trickle. Photon by photon, always 4% of the photons will reflect off the pane of glass, as if each photon "knew" that 96% of the photons did not reflect. Same for the two slit experiment: photons will "know" that there are two double slits ahead in its path and will "know" where previous photons have gone before it.

This of course is preposterous, but it is true and verified by experiments, and physicists are at a loss to explain it.  Moreover, quantum physics tells us the following:
So physicists are confronted with the fact that there are no elementary particles, but instead probabilities and manifestations of a probability. Thus the reality we see is an "illusion." And this caused several quantum physicists to become attracted to eastern mysticism, which states that the reality we see, the world of sensory perceptions, is an illusion. This is discussed in an interesting book, a favorite of mine, The Tao of Physics: An Exploration of the Parallels Between Modern Physics and Eastern Mysticism. The "virtual reality" explanation is just another way to communicate the same idea in the age of the internet.

THE REVELATIONS OF EMANUEL SWEDENBORG

So all of this I knew before encountering Swedenborg in a university library while I was attending U.C. Berkeley.  Swedenborg lived in the 18th century, and I knew had described experiences concerning the after life in the 18th century that are similar to the modern Near Death Experience that was encountered by medical doctors with modern revival procedures beginning in the 1970s. As part of the revelations, he actually received information that was later verified by quantum physics.  Here is what Swedenborg said about atoms:

"it is a fallacy of the merely natural sense, that there are simple substances, which are monads and atoms; for whatever is within the range of the external sensual, the natural man believes to be such, or nothing" (Heavenly Arcana, n. 5084.4, from The Divine Revelation of the New Jerusalem)

"They who do not know these things, and do not thus distinguish the objects of reason, cannot avoid terminating the ideas of their thought in the atoms of Epicurus, the monads of Leibnitz, or the simple substances of Wolff, and thus closing up their understandings as with a bolt, so that they cannot even think from reason concerning spiritual influx" (Interaction between the Soul and Body, n. 17, from The Divine Revelation of the New Jerusalem).

In the 19th century, with the discovery of atoms, it looked like Swedenborg was wrong. But then it was discovered that atoms are composed of neutrons, protons, and electrons. Then later even these subatomic particles can be broken down into further sub-atomic particles, which are not even particles, but wave functions.

The main discovery of quantum physics is that energy is released in discrete packets, known as quanta. Also at this level, particles have a property called "spin", which has discrete values of 0, one half, 1 and possibly 2 (for the hypothetical graviton). Up until that time everyone thought all reality was continuous.  But before this discovery Swedenborg explained that reality is composed of continuous and discrete degrees:

"There are continuous degrees and there are discrete degrees. Both of these are in every form in the spiritual world and in the natural world. All are acquainted with continuous degrees; few, however, have any knowledge of discrete degrees, and those who have no knowledge of these grope as in the dark when they are investigating the causes of things." (Divine Love, n. 11).

"God is infinite, for He was before the world, thus before spaces and times arose. In the natural world there are times and spaces, but in the spiritual world, not so actually, and still apparently... In the spiritual world, however, there are not material spaces, and times corresponding with them; but still there are appearances of them, which appearances are according to the differences of states in which are the minds of spirits and angels there; wherefore, times and spaces there conform themselves to the affections of their will, and thence to the thoughts of their understanding; but those appearances are real, because constant according to their states." (True Christian Religion, n. 17, from The Divine Revelation of the New Jerusalem).

This statement is remarkable, because in modern cosmology the best theory we have of the origin of the universe is from the Big Bang, where all things begin from a singular point that explodes in an enormous explosion, leading to the creation of all things in the universe. But it is more than that - this Big Bang began at a specific point in time, 14 billion years ago, and as part of that Big Bang, space and time were created. As to what came before that, scientists cannot answer, but Swedenborg already was given the answer in the 18th century. As from the revelations we now know there is an existence where space and time are meaningless, it is quite possible that from this spiritual realm there have been multiple Big Bangs, to create an even larger reality of multi-verses.  Each Big Bang would create its own "space-time" cone: 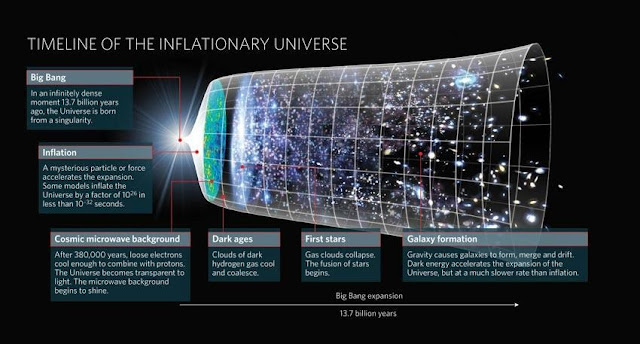 This inflationary universe, according to Einstein's theory, is an expanding space-time cone: Up until the 16th century many had thought of heaven as the literal sky above us. But it is within us, as it pervades all of creation outside of space and time. Instead of time, there is state, and shared state where things of similar state are in the same location. And this provides an explanation for quantum physics, where particles of nature behave outside of space and time. And "entanglement" is nothing other than shared state.

IS THE UNIVERSE A VIRTUAL REALITY?

So back to the question, is the universe a virtual reality, a product of a God-mind consciousness? The answer to that is a resounding yes, according to the revelations received by Swedenborg - except by "virtual" we would mean a lower plane of reality that corresponds to a higher one.  However its more vast and beautiful than the analogy of a virtual reality simulation that we are all familiar with. The concept of discrete degrees pervades several "overlapping reality dimensions," where a higher reality dimension will flow in by spiritual influx into our lower reality, the natural material world of space-time. What happens in the higher realm affects the lower realm. To understand the higher realm, one has to realize that things such as love, though, emotion feeling are real spiritual things that have substance and affect the things around us. "Abstract thought" - for all abstractions are abstracted from time and space - are real things, and all things of "abstract thought" - and its corresponding love or affection, pre-existed in the spiritual world. The things we feel inside are very real spiritual realities that have an effect on ourselves and our surrounding reality. The abstract conceptions of the spiritual world lead to the created thing that corresponds to it. For example God is Love itself and Truth itself, and in the physical world this corresponds to heat and light. We can say it corresponds to the explosion of the Big Bang, which was of enormous heat, and the light of the space-time cone. All things of nature are a theatrical representation of the Divine:

"Whatsoever is anywhere seen in the universe, is representative of the kingdom of the Lord, insomuch that there is not anything given in the atmospheric and starry universe, or in the earth and its three kingdoms, which does not in its own mode represent. The things in nature are, one and all, ultimate images, inasmuch as from the Divine are celestial things which are of good, from celestial things spiritual things which are of truth, and from both celestial and spiritual are natural things. From this it may be evident how gross, how earthly, and also inverted, human intelligence is, which ascribes everything to nature separate or exempt from influx prior to itself, or from the efficient cause. Moreover, they who so think and speak, seem to themselves to be wiser than others, that is, in attributing all things to nature; when angelic intelligence on the contrary is, to ascribe nothing to nature, but each and everything to the Divine of the Lord, thus to life, and not to anything dead. The learned know that subsistence is perpetual existence, but still it is contrary to affection for falsity and thence to reputation for learning, to say that nature continually subsists, as it originally had existence, from the Divine of the Lord. Inasmuch now as each and everything subsists, that is, continually exists, from the Divine, and all and each of the things which are therefrom must needs be representative of those things whereby they had existence, it follows that the visible universe is nothing else than a theater representative of the kingdom of the Lord, and that this kingdom is a theater representative of the Lord Himself." (Heavenly Arcana, n. 3483, from The Divine Revelation of the New Jerusalem).

So yes, we live in a virtual reality. And whoever learns to love others and overcome their lower selfish nature, "wins" the game.  For God is Love itself, and as such Love desires to love someone other than his or her self. However death is not "game over" - its an advancement to the next level, and our growth and progression continue to eternity.
Posted by Doug Webber at 3:23 PM