The Prophecy of the Islamic Terrorist Attack in France

Today, nearly four million people are marching across France against Islamic terrorism, and in remembrance of those killed in the attacks. Here is one shot in Paris: 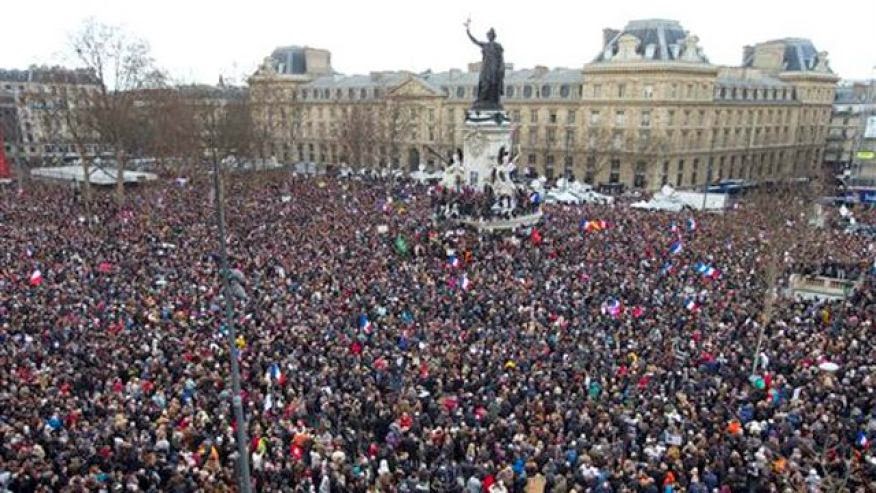 The terrorist attack began on Wednesday, when terrorists stormed the office of Charlie Hebdo, a French satirical weekly newspaper, for publishing satires on the prophet Mohammed. Twelve people were killed, with more to follow. The result? Instead of publishing only 60,000 copies per week, the next edition is scheduled to publish over 1 million copies.

Video has emerged of one of the terrorists "pledging allegiance" to the Islamic State, or ISIS, which currently has control over northern Iraq and large swaths of Syria. Moreover, there has been a flow of terrorists from the EU to Syria through Turkey.  The Turkish intelligence agency, along with Erdogan, have been implicitly providing support to ISIS and Syrian rebel groups to overthrow Assad. This began several years back, with additional support from the CIA at Benghazi Libya - see A Love Triangle between the CIA, Turkey and Syria. The AKP party has since shutdown or censored most of the press in Turkey, where there is no longer freedom of the press.  See also: Bordering on Terrorism: Turkey's Syria Policy and the Rise of the Islamic State.

Which, of course, leads to an interesting situation as both France and Turkey are part of NATO.  Turkey has begun to shift its focus east instead of west, and Turkey is in danger of falling into this kind of radical form of Islam, in which religion blinds, and education and tolerance is the enemy.  Up until now, Turkey has been a model democracy in the Middle East. But it is now changing direction, for which someone I know saw a bad future for Istanbul, in which the waters would begin to rise in the city.


A PROPHETIC VISION OF ISLAMIC TERRORISM AND ISIS

Radical Islamic clerics, following western wars against Iraq, may feel that they are "justified" in such actions.  But this was unrelated - it was against a satirical newspaper, which to some imams committed an act of blasphemy. Not thinking this through, they just gave this newspaper a huge boost in publicity. When examining the history of the two brothers who committed these atrocities, they were both orphans, barely making it monetarily, and were the kind of perfect targets for religious brainwashing. So not only are they to blame, but the so-called religious teachers they followed are to blame as well.

But lets go to the source, what does God himself think of this issue?  Is God a God of love and forgiveness, or is he a God of anger, hate and vengeance?  Are we to believe that God supports Islamic jihad based on some twisted interpretation of the Quran, which is full of grammatical errors and incomplete sentences in the original Arabic? Even the Quran itself states that the prophet Muhammed was illiterate. Islam, to begin with, is a religion of peace, and of submission of one's will to God. Are these acts according to the "will of God" as certain religious teachers would tell their congregations?

As it turns out, back in 1984 a man had a Near Death Experience and had a vision of the future - one is which the rise of ISIS in the Middle East was foretold, which would then spread to isolated attacks across Europe.  This would be accompanied by an event in Russia, which is happening now with the situation in Ukraine.  It would also be accompanied by multiple floods of the eastern seaboard of the United States, which began with hurricane Sandy in 2012 - right after the civil war in Syria broke out. For this, see the blog post A Prophecy of September 11, Fanatical Terrorism (ISIS), Russia and America, which was published in August of last year. However I will highlight certain quotes which provide a prophetic vision of the future:

The prophecy is accompanied by prophecies on September 11, events in Russia, and hurricane Sandy of 2012. But notice the above prophecy, it says after the events in the Middle East, there would be a "flashpoint" in Italy.  This most certain regards the Roman Catholic Church.  As it turns out, it was in 2013 that Pope Benedict XVI dramatically resigned his position as Pope. 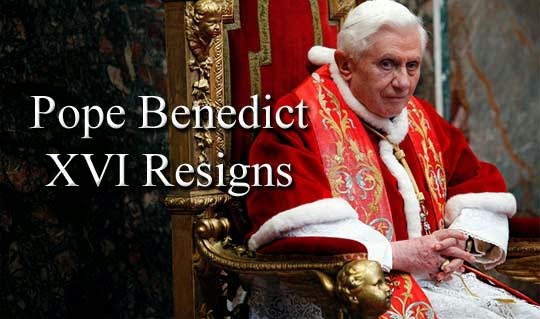 As to why he did so is a matter of speculation, but it may be related to the homosexual scandal among certain priests of the Catholic Church.  A matter that could easily be rectified, or limited, by permitting marriage among priests, as celibacy was never a requirement in the early Christian Church. See A Precognitive Dream concerning the Papacy.  Plus see the original post from 2005: A Dream of the Catholic Papacy.

In the New Church, based on the revelations given to Emanuel Swedenborg, the most spiritual and blessed relationship here on earth is the marriage union between one man and one woman.  Marriages, when truly spiritual, continue afterwards in the afterlife.


WHAT IS THE ANSWER? PRAYER, AND KNOWLEDGE OF THE TRUTH

Marching in public is one thing, but what is the solution to preventing this in the future?  First, the future is not set in stone, we can change it. How?  The "Lady of Light" in the vision gave the answer:

Moreover, revelation has been given of God's will and his nature, both in scripture and the writings of Emanuel Swedenborg.  For it is revealed that God is not only a God of Love, but GOD IS LOVE, Every time each of us does an act out of kindness, of loving others, of serving our duties and responsibilities, we are not only acting according God's will, but moreover, God begins to live with us in our hearts.  This leads to peace and happiness. The opposite to this leads to hatred and revenge.

So clearly, any religious teaching which is based on hatred and revenge is not part of God's will, regardless of the religion. Every religion is subject to corruption over time. No exception.  So seek the truth for yourself from within, don't depend on religious authority.

Each person is a physical form of love and truth, which manifests in our will and thought.  Every person, will commit acts according to what they think is true:


"All go to heaven who who treat other people well, and with love."

And this from an angel who was helping young boys who had recently died from acts of terrorism.

Knowledge of the truth, once gained, can be used to fight against falsehoods.  This act of terrorism was based on brainwashing and falsity - it was an evil that originated from false thoughts and principles:


"As it is with good and truth, so it is by opposition with evil and falsity, namely, that as all things in the universe which are according to Divine order, have reference to good and truth, so all things which are contrary to Divine order have reference to evil and falsity. Also that as good loves to be conjoined to truth, and truth to good, so evil loves to be conjoined to falsity, and falsity to evil." (Doctrines of the New Jerusalem, n. 17)

In scripture, truth is symbolized by weapons such as a sword, for it is by truth that war takes place against what is false.  So how to stop terrorism? Shine the light where you see there is darkness. Learn what is truth, and do the good you know according to that truth.  Learn your own faults first before pointing at the faults of others, only then can one help correct others.

As this vision of the future, with its warning, was given by a "lady of light," I thought I would show a scene from Lord of the Rings of the mirror of Galadriel. Tolkien was Catholic, and many have noted similarities between Galadriel and the virgin Mary (see The Secret of Marian Apparitions, and Tolkien's Mirror of Galadriel). How to change the future? Small acts of kindness, amending one's ways, however small, will change the future.