A Precognitive Dream concerning the Papacy

I thought I would again share a precognitive dream I had concerning the Papacy. I first posted this dream on a blog in 2005, and re-posted it here in 2007 - you can see it as the very first post to this blog. Actually, it was dreams like this that caused me to start this blog, which at times I don't know where it is going. I have had time to interpret the dream retrospectively now, so here it is again. Back then I knew it was important, which is why I publicly posted it. Read it carefully, it is highly symbolic.

I was in a building, and I saw a man who was guarding a person. He looked at me, and decided to let me pass. I walk through a door out onto a balcony. The balcony is high up, perhaps in a tall tower or mountainside. I looked ahead, I saw a tall waterfall that was divided by a rock at the top pouring down into a lake far below. I look to my left, I see another waterfall that is also divided by a rock at the top. I look to my right, a third waterfall that looked the same as the other two. In all, three waterfalls pouring down into a lake. The scene was very powerful. 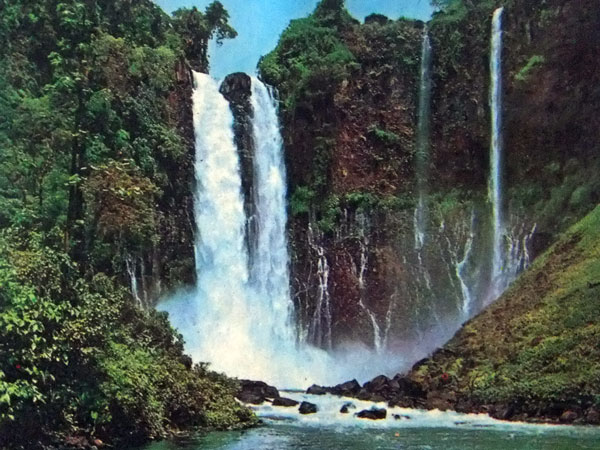 The Maria Cristina Waterfalls. In the dream, I was much higher up looking down

I turn around, and I see an old man sitting on a throne on the balcony. It was Pope John Paul II. I realized I was seeing him in the afterlife. I approach him, and for some reason I form the sign of the cross in the space between us, which I did to expell any evil influence. None was present. I then come closer, perhaps I kneel, and then I read his thoughts and he wants to know who I am. I first say in my thoughts, "King Robert Baldwin." Then I thought, no, people will not understand. He understands, and then I kiss him. Air flows out of his mouth into me, into my body. The man who was guarding him then leads me away.

The following morning I told someone my dream. I thought the man who was guarding the Pope was Cardinal Ratzinger - he seemed to always be hovering next to the Pope during his illness in all his public appearances. Lo and behold, I then discover that he was elected as Pope that day - April 19, 2005. 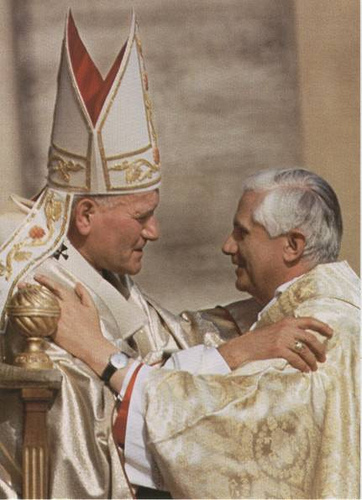 Moreover, at that very day the President of China (Hu Jintao) was coming to make a visit, and all entrances to the balcony were soon afterwards closed off. In the dream, the balcony was a restricted area, but I was allowed to pass. In the dream I was visiting two Popes. In real life, the leader of China was coming the very day I happened to be at Niagara Falls. A coincidence? Moreover, Pope John Paul II did visit Toronto in 2002 which hosted World Youth Day. 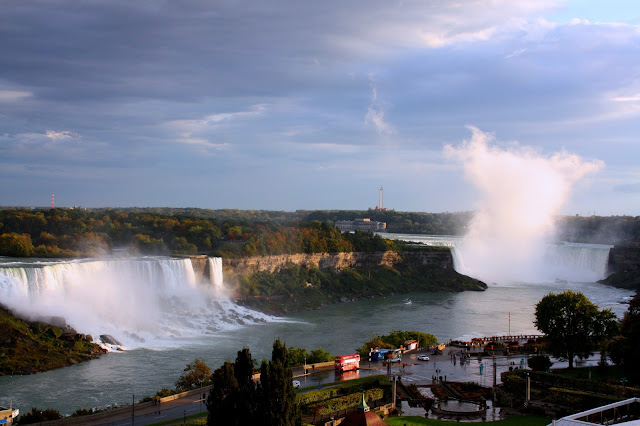 WHO IS "KING ROBERT BALDWIN"?

I am not Catholic, but the area of Quebec has a large Catholic population. In 2012 I decided to take another look at this dream - so who exactly is "King Robert Baldwin"? This was a name I never heard of, and there was no king of that name. It stuck out, I initially thought it was a King Baldwin of Jerusalem who lived in the 12th century. But this did not fit the dream. I researched the name I bit more, and then found a hit: Robert Baldwin was a Premier of Canada West, who peacefully led Canada into independence from the United Kingdom.  And get this: he died in Toronto in 1858, which of course is next to Niagara Falls. 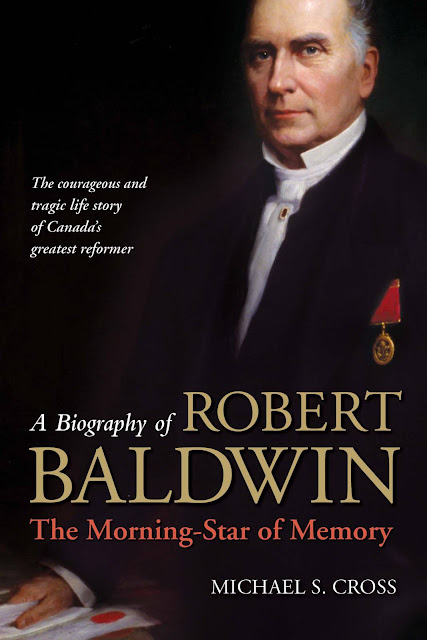 Robert Baldwin (1804-58) is remembered for his role in bringing responsible government (1848) to the province of Canada, formed in 1841 through an uneasy union of Upper and Lower Canada. Baldwin achieved his life’s ambition by forming an alliance with Lower Canadian politicians, notably Louis-Hippolyte LaFontaine. The above is the cover of a recent published biography of Robert Baldwin by Michael S. Cross, which also discusses the tragic death of his wife Eliza who died at a young age. This aspect of Canadian history is something I never knew about, as the schools in the U.S. focus (too much) on American history.


THE RESIGNATION OF POPE BENEDICT XVI

This dream came to mind again with the resignation of Pope Benedict XVI.  I always knew that "breath" or "air" was symbolic of the Holy Spirit, or symbolic of the power of a religious office.  In the dream, I felt like I was intervening in the election of the next Pope, where the power of the office of the Papacy would not pass on to the successor of Pope John Paul II, but to someone else.  And in the last month, Pope Benedict XVI became the first Pope in about 600 years to have resigned from his office. Which is highly unusual.  In the dream, I felt the successor to Pope John Paul II would be rejected or bypassed. And the next Pope has been elected while Pope Benedict XVI is alive. I was thinking that the successor to Pope Benedict XVI would be Cardinal Ouellet, who was instrumental in negotiating the resignation of the Cardinal of the United Kingdom before the election of the next Pope. But that does not seem to be the meaning of the dream, that would be taking it too literally. The meaning is this: the sins of the Catholic hierarchy is causing the Holy Spirit to withdraw from their priesthood.

Overall, a remarkable precognitive dream, which later led to a deja vu experience when I first stepped on the viewing balcony at Niagara Falls. Water is symbolic of baptism. The three waterfalls flowing into one is reminiscent of the Trinity: one emanation flowing through soul, body and spirit. With this evidence, especially the fact I recorded the dream back in 2005 and publicly posted it, makes it very hard to deny the reality of precognitive dreams. "King Robert Baldwin" made no sense until I started researching Canadian history - 7 years after the original dream. If anyone reading this has had their own precognitive dream, please share it, I would like to hear of your experiences.

Oh yes, and just to prove I was there at Niagara Falls on September 11, 2005, here is a picture of a parade and ceremony at Niagara Falls before Hu Jintao came to visit that day (which caused them to close off the balcony viewing area): 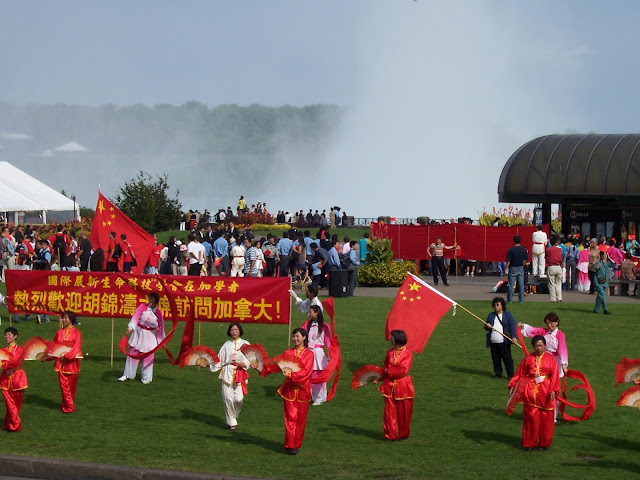