Is Salvation a Free Gift? 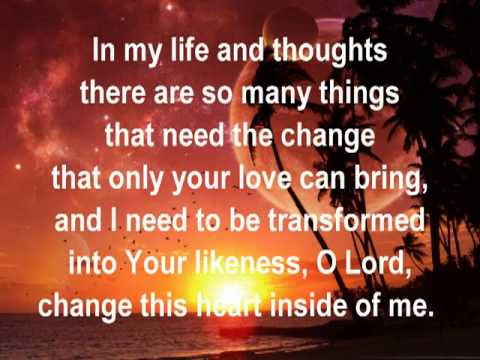 Lets take a close look at what pastors are saying to the public about Christianity. There are many pastors who are saying salvation is a "free gift" - that one has to do nothing, but just believe, and then all is said and done. This teaching is based on some fundamental errors of Protestant reformers of the 16th century - for a background, see The Fundamental Error of the Protestant Faith and The False Theological Definition of the word "Grace".  It is based on false readings of the letters of the Apostle Paul - for which see Christus Victor, Pauline Christianity and the Dead Sea Scrolls. As I said before, stress is placed on belief alone, and the will of the person is made passive, where one should DO NOTHING.  Yes, that's right, they are telling people that one should DO NOTHING to receive salvation.

The message of DO NOTHING is quite apparent in this theology.  Here is a good example from a daily devotion of a popular pastor Rick Warren, from Is Salvation Really Free?:


If you were to ask 100 people on the sidewalk, “How do you get to Heaven?” you’d get a lot of different answers that could be summarized by the idea that you have to earn your way to Heaven. You’d hear things like, “Try to be good and do your best” or “Work really hard at being a moral person” or “Do more good things in life than you do bad things.” All of these ideas are based on works, not grace.
But salvation is a gift, and you don’t work for a gift. It’s free! You can’t earn it, you can’t buy it, and you can’t work for it.
This is the fundamental difference between Christianity and every other religion. Christianity is the only religion that’s built on grace. Every other religion is based on works, and you can summarize them in one word: “do.” There are certain things you have do in order to gain God’s approval, to gain bliss, to gain heaven. There are always rules, regulations, and rituals — something you have to do.
On the other hand, if you were to summarize Christianity in one word, it’s the word “done.” Jesus Christ has already paid the price for you on the cross. It’s done!
A guy asked me one time, “Pastor Rick, what can I do to be saved?” I said, “You’re too late!” (That kind of shocked him.) “You’re about 2,000 years too late! What needed to be done for your salvation has already been done, and you can’t do anything about it.”

Several falsehoods are being taught here. One, religion is made to be of belief and lip service only, making the will passive. Two, the word "works" in the letters of the apostle Paul are taken to mean ALL ACTIONS, when from context it is clear he is talking about the Jewish rituals. Three, Jesus did everything, so we should do nothing. Four, salvation is being taught in terms of "vicarious atonement," where sins are transferred from one person to another automatically. Five, this is the teaching of all of Christianity, when in fact it is the teaching of Protestant theology only.

Is it any wonder that Christianity has lost its moral authority? For there is nothing about morality in this teaching. And when one examines what Jesus taught, there is truly nothing Christian about what these popular pastors are teaching.

That this is clearly a false teaching, and that there is truly nothing Christian about it, is shown by just referencing the teachings of Jesus himself.  For one, Jesus commanded us to not just believe, but DO:

And what did Jesus command? First, repentance from sin:


From that time Jesus began to preach, saying, “Repent, for the kingdom of heaven is at hand.” (Matt. 4:17)

Repent means to turn away from sin.  And what else did he command? Jesus said this:

And that, is really it. Repentance from sin, and love one another. Really simple.


THEN WHY DID JESUS COME? HOW DID HE SAVE HUMANITY?

This is the question that will come up when someone can't take a simple answer. But in the simple answer, that Christianity is all about repentance and love, there is the answer.

By the time Jesus came, hell had obtained dominion over humanity, and even started to rise into the lower heavens of the spiritual world.  The angelic realm was losing its influence over humanity, and the former truths that had been revealed had been perverted and darkened.  To correct this, God himself descended and became incarnate as a human. From his soul, he was Divinity itself, but from the body he inherited from Mary, he could be tempted to commit a sin. So once the incarnation took place, a great spiritual battle took place between the Lord and all of hell. This continued until he glorified his human body and made it one with the Divine. That he launched an attack directly against hell, Jesus so declared to his disciples:


But if it is by the Spirit of God that I cast out demons, then the kingdom of God has come upon you.Or how can someone enter a strong man's house and plunder his goods, unless he first binds the strong man? Then indeed he may plunder his house. (Matt. 12:28-29)


The seventy-two returned with joy, saying, “Lord, even the demons are subject to us in your name!”And he said to them, “I saw Satan fall like lightning from heaven. (Luke 10:17-18)

And between the time Jesus died on the cross, and rose from the dead, something interesting happened: he made a descent into the underworld and hell to release captive souls held there. For that see Jesus the Shaman - Descent into the Underworld. It is not discussed much in modern churches, but that in reality is how he saved humanity: by a spiritual battle against the power of hell.

THE SPIRITUAL BATTLE IS NOW WITHIN US

As Jesus fought against spiritual temptation and sin within himself, so He now can fight for us in our battles against temptation and sin.  But it involves not us alone, but asking for his help. This is done through the Holy Spirit, which is available to all who turn away from sin. It is a life long process. It involves not just the thought, but our very will itself. It takes place within, when we ask Jesus to come dwell in our heart:

Behold, I stand at the door and knock. If anyone hears my voice and opens the door, I will come in to him and eat with him, and he with me. The one who conquers, I will grant him to sit with me on my throne, as I also conquered and sat down with my Father on his throne. (Rev. 3:20-21)

As I said before, the answer is all within repentance, and loving each other according to the Lord's commandment. That is the way of salvation. Repentance must of a necessity be done before acts of love and goodness, for evils must be removed before goods can be implanted in the heart. Inasmuch one withdraws from evil, the person will drawn towards the good. It is through repentance that the redemption of Jesus Christ is effected in each and every person, for each time we repent, we put ourselves in conjunction with the Lord who can then act through us.

So is salvation a free gift? If by free gift one means that each person should do nothing, the answer is no.  If by free gift, that God came to dwell among us while we were yet sinners to save us, then the answer is yes. If one recognizes that the good that one does originates from God who is goodness itself, it is even more true that salvation is a free gift. For that is the spiritual meaning of a "covenant" - inasmuch as each person approaches God, so God will approach that person. It is a two way relationship. And this is done first by repentance, and then by living by his commandments through love.
Posted by Doug Webber at 11:53 PM