What is the Way to Heaven?

What is the way to heaven?  It happens to be quite simple. 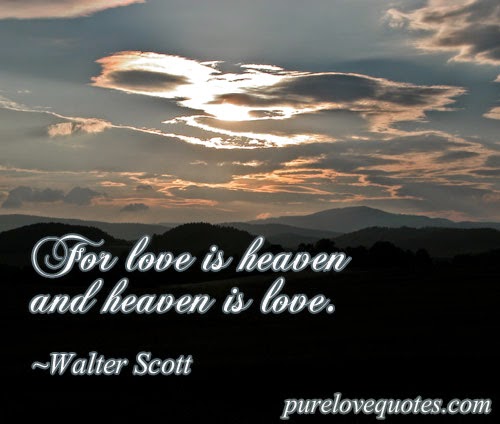 I told this person who has a tendency to have clairvoyant and precognitive dreams (e.g., A Prophetic Dream of Flight MH17, among many others), to focus their thoughts on more spiritual topics, such as heaven, and less on material things, and to tune out people who tend to have petty and jealous thoughts. The next day this person had a dream vision and saw these men with white beards, wearing different light colored robes. They were taking care of these younger boys.  This person then asked:

"Where is this place?"

One of the men with the white beards then responded,

He then said this:

"Tell Doug this: all go to heaven who who treat other people well, and with love."

And that was it. I was a bit surprised at the immediate response. The men with white beards were probably Middle Eastern. And the young boys? Probably all the young children who have died recently in the Middle East (Swedenborg saw that all children who have died at a young age will go to heaven). And these men with white beards were taking care of them, and with such care. I understood that the boys were probably from the Middle East, as so many children have died recently in Iraq, Syria and Palestine. And the reason for such death? From false religions. False religions, or false doctrines of religion, have a tendency to state that only people of a particular religion go to heaven. But that is not true - it is not the BELIEF which is important, it is LOVE which is important.

Religion or one's belief system is only useful to the extent it leads a person to love God and love others. Religions that focus on belief alone tend to not be so useful or practical in one's spiritual life.

Others, who would perhaps expect some great overwhelming revelation from heaven, will probably be disappointed and say, "That's it?" That was Howard Storm's reaction when he had a Near Death Experience, and asked Jesus what he should do. Jesus simply responded, "Love the one you are with" (see Swedenborg on the Near Death Experience of Howard Storm). And his reaction was "That's it?" Yes, that is really it. For God is love itself, and inasmuch as we allow that love inside our heart, so we will live forever in heaven. In Near Death Experiences, people are consistently encountering a Being of Light and come into a life review, and in that life review one principle is important: how we have loved others.


ALL HUMANS WERE CREATED TO DWELL ETERNALLY IN HEAVEN

Swedenborg was very clear in his visions of the afterlife - he saw all people of different religions in heaven, dwelling in different areas according to the level of understanding and love they had reached in their life. In his work Heaven and Hell, he wrote:


"It is a common opinion that those born out of the Church, who are called heathen or gentiles, cannot be saved, because they have not the Word and thus do not know the Lord, and without the Lord there is no salvation. But still it may be known that they also are saved, from this alone, that the mercy of the Lord is universal, that is, toward every one; that they are born men as well as those within the Church, who are respectively few; and that it is not their fault that they do not know the Lord. Every one who thinks from any enlightened reason, may see that no man is born for hell, for the Lord is love itself, and His love is to will to save all. Therefore He has provided that all may have religion, and by it acknowledgment of the Divine, and interior life; for to live according to one's religious belief is to live interiorly, as he then looks to the Divine; and as far as he looks to This, so far he does not look to the world, but removes himself from the world, thus from the life of the world, which is exterior life." (Heaven and Hell, n. 318)

And this is the reason why the 10 commandments were revealed on Mount Sinai: for hidden within the morality of societies laws, which everyone has a tendency to know from their own conscience, there is a hidden spiritual way of living. You cannot divorce morality from spirituality. Some religious thoughts which focus on belief alone, consider the study of morality a "side issue" rather than have it be central to their teaching.

As I often see many who are at a lower level of understanding when it comes to their religion, what did Jesus have to say on the issue? Did Jesus speak of other religions? Yes he did.


ETERNAL LIFE IS THROUGH LOVE

What shall one do to inherit eternal life? Love others. And that is it:


WHAT ABOUT DIFFERENT RELIGIONS?

Right after Jesus said the above, the topic of other religions comes up.  In Jesus' day, the Jewish Pharisees utterly despised another group known as the Samaritans, who only followed the first five books of Moses and rejected much of what was taught in Judaism.

But he, desiring to justify himself, said to Jesus, “And who is my neighbor?”
Jesus replied, “A man was going down from Jerusalem to Jericho, and he fell among robbers, who stripped him and beat him and departed, leaving him half dead.
Now by chance a priest was going down that road, and when he saw him he passed by on the other side.
So likewise a Levite, when he came to the place and saw him, passed by on the other side.
But a Samaritan, as he journeyed, came to where he was, and when he saw him, he had compassion.
He went to him and bound up his wounds, pouring on oil and wine. Then he set him on his own animal and brought him to an inn and took care of him.
And the next day he took out two denarii3  and gave them to the innkeeper, saying, ‘Take care of him, and whatever more you spend, I will repay you when I come back.’
Which of these three, do you think, proved to be a neighbor to the man who fell among the robbers?”
He said, “The one who showed him mercy.” And Jesus said to him, “You go, and do likewise.” (Luke 10:29-37)

Note in the parable Jesus specifically chose a Samaritan, someone who followed a different religion, who it was who did God's will.


A RELIGION OF BROTHERHOOD

Again, Jesus spoke in another instance concerning someone who did not follow his disciples:

John said to him, “Teacher, we saw someone casting out demons in your name,  and we tried to stop him, because he was not following us.”
But Jesus said, “Do not stop him, for no one who does a mighty work in my name will be able soon afterward to speak evil of me.
For the one who is not against us is for us. (Mark 9:38-40)

This is something a particular religion will not talk about. Indeed, the gospel of Mark is the earliest of the gospels, and this story does not appear again in any of the other gospels. A "religion of brotherhood" recognizes other religions that does good as a brotherhood, even though they may follow different teachings.


ALL RELIGIONS ARE CREATED FOR MAN, AND NOT MAN FOR RELIGION

All religions, without exception, are adapted to the culture of the people receiving the revelation. For if it were not adapted to what people can receive, there would be no conjunction between humans and God.  And indeed, Jesus confirms that religion was made for man, and not man for religion:


ALL ARE JUDGED ACCORDING TO THEIR LIFE, NOT THEIR RELIGION

Finally, everyone will be judged according to how they lived their life. There are many religious people that just follow ritual or do lip service, but do not live their life according to what is taught:


One often forgets that the four Gospels concentrate on how religion towards its end become corrupt, and based on falsity justifies the killing of other people:

They will put you out of the synagogues. Indeed, the hour is coming when whoever kills you will think he is offering service to God. (John 16:2)

So beware of belonging to a religion of false teachings. Always examine what you think to be true. If a religion is based on fear and hatred, or making one group "superior" to others, it is a false religion.

BRAIN GAMES ON LOVE AND COMPASSION

Here is an interesting episode from Brain Games on National Geographic, which demonstrates the psychological impact of love and compassion on other people, based on scientific studies. I especially like the hot chili blind test, which shows just how a simple act of kindness can have a ripple effect on other people.  It also shows what questions you can ask in a party situation to determine which personality is most likely to be "psychopathic." Love is not just for heaven: love is the key to happiness, and a healthy social life.