In the last post, X-Men Prophecy of 9/11 (The X Prophecy), I described a dream someone told me to interpret, and the research led me to read some X-Men comics that contained stories that uncannily predicted the future. It sounds weird and strange, but this phenomenon has been noticed by others. The most famous examples are perhaps the short story Futility which predicted the sinking of the Titanic, and the novel From the Earth to the Moon by Jules Verne which predicted many details of our NASA lunar program to land men on the Moon.

So what began as what I thought was a simple dream interpretation soon turned into a research project on the comic stories the dream was referencing.  The dreams were basically describing particular scenes in X-Men comic stories. One dream in particular described a story that is found in the comic Excalibur, a spin off from the comic Uncanny X-Men.  The comic series Excalibur begins with a time travel story known as The Cross Time Caper. Kitty Pryde with the Excalibur team at first travel to an alternate timeline and meet Prince William of England. Prince William meets Kitty Pryde, also known as Kate, and falls in love with her. But in fact he was arranged to be married to another princess who is also known as Kate. Kitty Pryde is a cross-dimensional twin to Kate, and ultimately Prince William marries the Kate he was originally supposed to marry. They appear on the balcony (Excalibur #14):

This story was published in 1989. In November of 2010 Prince William announced his engagement to Kate Middleton and they married in April of 2011, and appeared on the balcony of Buckingham palace: 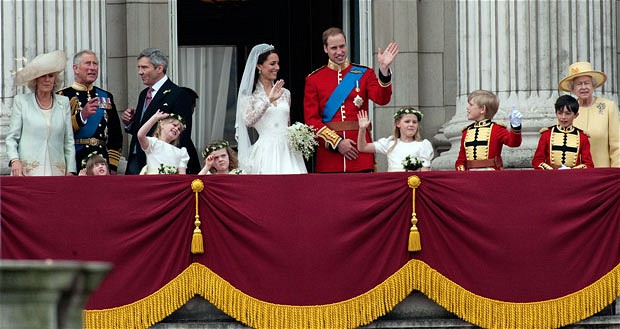 Captain Britain is next to a blonde haired woman named Meggan, by the end of the Excalibur series Captain Britain marries Meggan. As it turns out, Prince Harry married Meghan Markle in May of 2018. This is something I actually did not notice until now while writing this blog, which is interesting since several comic stories as documented in The X Prophecy describe events that took place in the year 2018.

So Prince William was born in 1982, and maybe a comic story just happened to guess correctly that Prince William would marry a woman named Kate? And it just so happens his brother Prince Harry married Meghan while in the comic Meggan appears on the balcony who marries Captain Britain?

However the coincidences add up. Right after Prince William marries Kate, the Excalibur team travel again to another timeline and they are hit by a tsunami off the coast of Britain: 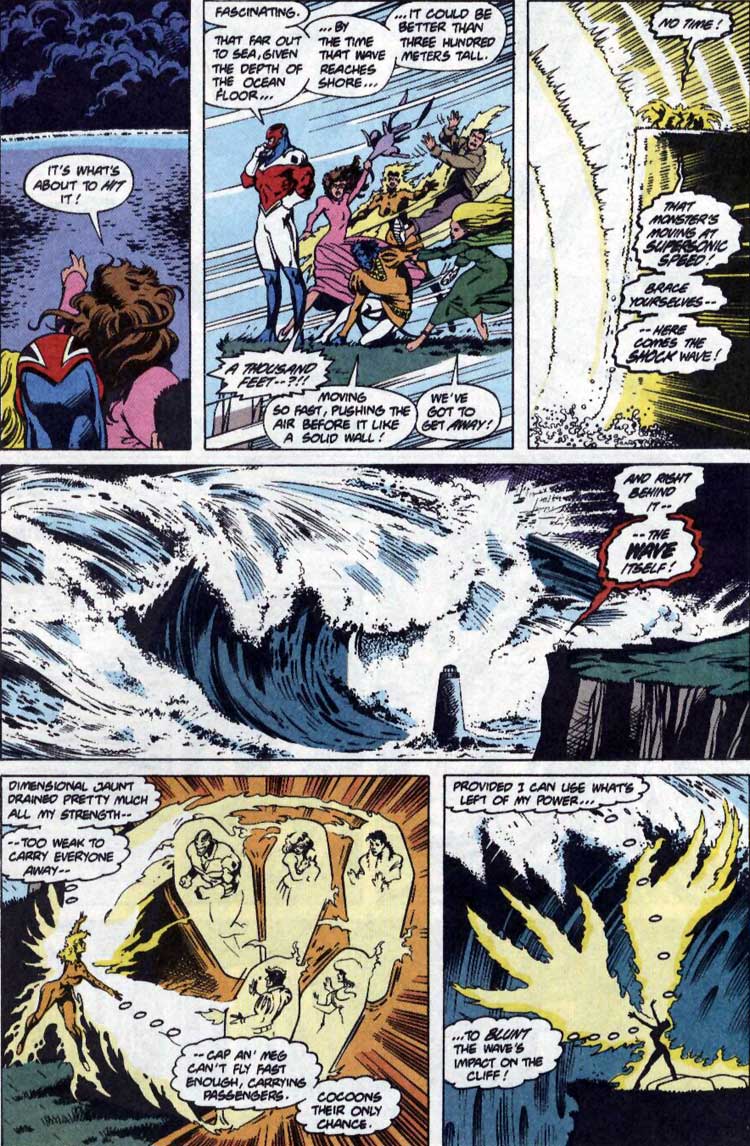 The tsunami is about to hit a lighthouse - and this lighthouse happens to be a nexus that is a magical source of power. They have no time to react, so Phoenix encases each team member in cocoons to protect them from the water, which are shown in the following scene: 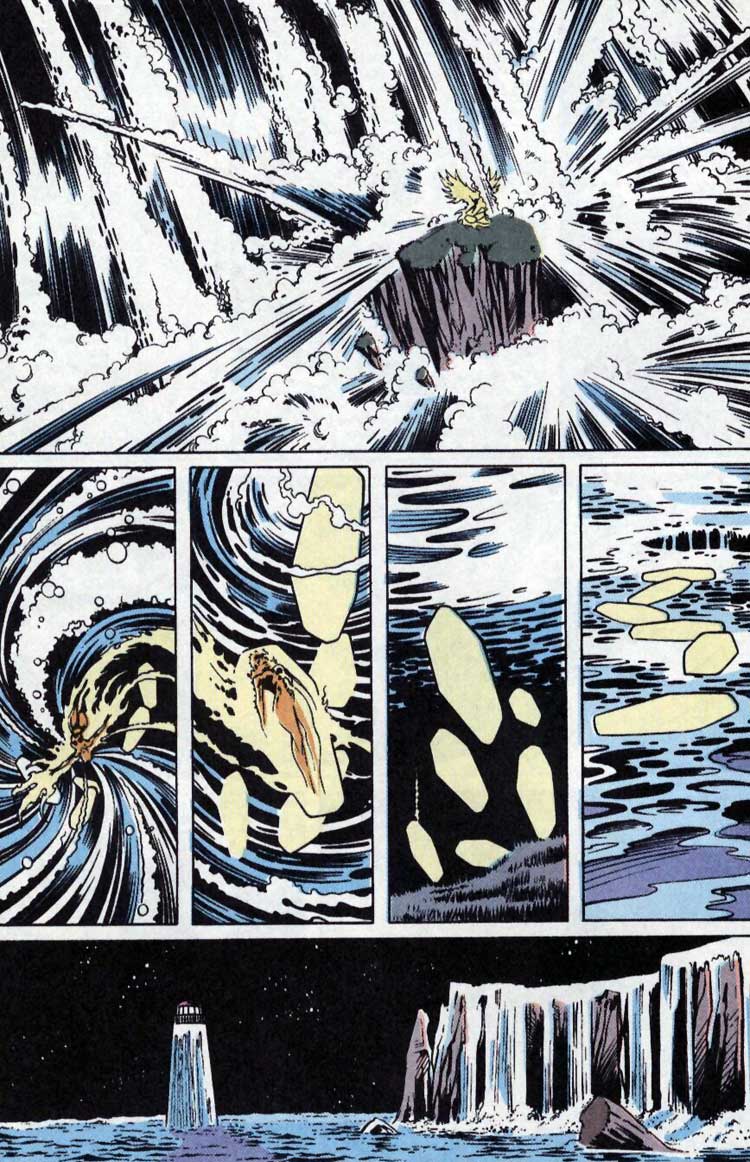 What is interesting about this story is that a tsunami hit the coast of Japan in March of 2011, one month prior of the marriage of Prince William and Kate Middleton. The lighthouse is a source of magical power in the comic, just as the tsunami hit the Fukushima nuclear power plant. It caused a massive meltdown sending radioactivity into the water.  To protect everyone from the radiation, at the Fukushima nuclear power plant they started to store waters in protective water tanks: 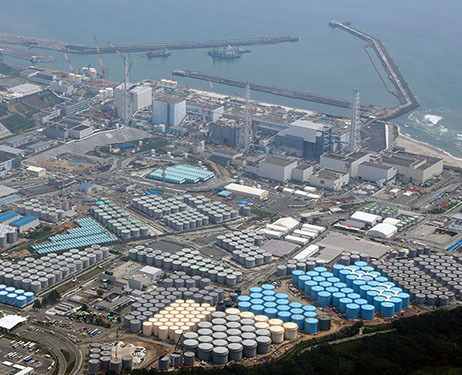 But that's not all. Rachel Summers who embodies the Phoenix force breaks out of her cocoon in the building of the Fantastic Four, causing an explosion. A huge alien known as Galactus deems humanity as too irresponsible to be allowed to exist. So then Galactus then uses a weapon known as the "Cosmic Converter" to destroy the planet by burning its way down to the planetary core: 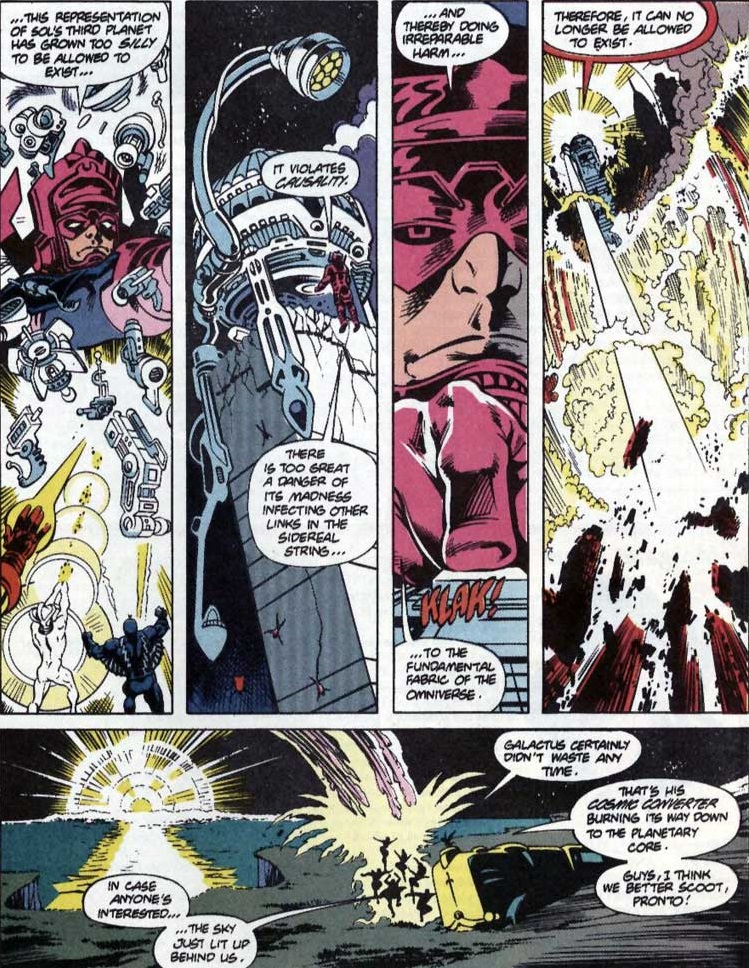 When the Fukushima nuclear reactors melted down, the uranium fuel rods liquefied and then melted through layers of steel and concrete, and melting through the earth. It was not until 2017 that they were able to send in a remote robot to determine where the uranium ended up.

As it turns out, a live TV channel (German media group NDR) was filming the Fukushima nuclear power plant and a UFO flew overhead: 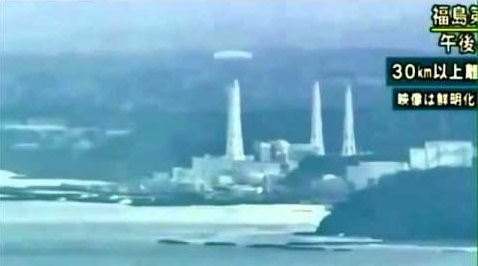 There are multiple other videos, where witnesses saw flying orbs in the sky in the vicinity of Fukushima after the nuclear meltdown. These reports are censored in the media, and counter intelligence agencies have released fake videos in order to hide this from the public.

This would fit in with other witness reports of sightings of UFOs around nuclear power plants and nuclear missile silos. It has been reported by other witnesses that they are opposed to humanity's development and use of nuclear technology as it threatens to destroy the planet. Interestingly I had blogged about this very subject, long before this dream and discovering this rather unusual parallel (see UFOs over Chernobyl and Fukushima Nuclear Power Plants).

The comic shows the X-Men involved in an episode similar to the Fukushima nuclear meltdown, with an extraterrestrial becoming angry at the folly of humanity. X-Men are mutants who look human, but have special powers, and intervene in human affairs while staying anonymous. So how much of the story is fiction and how much is real? That we may never know, but the X-Men comics definitely predicted two unrelated events in the same issue that both happened at almost the same time in the year 2011. More unusual examples are documented in the work The X Prophecy, generally covering events, past and future, from 1981 to 2020.
Posted by Doug Webber at 10:53 PM