The Spiritual Symbolism of the Animal, Vegetable and Mineral Kingdoms 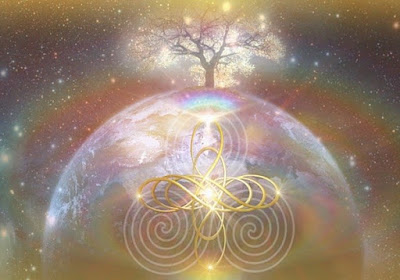 Swedenborg saw in his waking visions that this material in which we live in is but a theatrical representation of spiritual realities in the heavenly realm, a higher dimension in which space and time have no meaning. His writings expose us to a systematic way of thinking, for both science and theology, which categorizes everything into degrees of order. In our natural material world, we can generally divide things into animal, vegetable and mineral. Each of these three kingdoms correspond to universal spiritual realities:

In his exposition of the spiritual meaning of scripture, it is revealed that in general animals correspond to the will and its affections, plants correspond to the understanding or thoughts of truth, and minerals correspond in the lowest degree to knowledges, or mere obedience to authority. From mineral to vegetable to animal there are increasing degrees of freedom.

The animal, vegetable and mineral kingdoms are the most well known general degrees of order. However within each of these three kingdoms the degrees of order repeat. Swedenborg wrote in the 18th century before the periodic table of elements was known, and before the structure of molecules was known. Despite this, he makes this rather interesting statement in regards to the mineral kingdom:

Despite not knowing about atoms and molecules, Swedenborg divides the mineral kingdom into the following three degrees:


It is possible that the the first degree is atoms, but its also possible he may be referencing simple molecules. So, I was curious, with our knowledge of modern science, how do we classify molecules? For this I found this article: Classification Of Compounds. One method is classification based on what the molecules contains (e.g., oxides contain oxygen). But within this method there is a broad classification between inorganic and organic. So what about inorganic molecules, can they be divided into two further degrees? Yes:

So with this scheme, we can divide molecules into three degrees:


So this is different from the classification of Arthur M. Young in his theory of The Reflexive Universe. He had come up with seven divisions of molecules which is described in this post: The Universal Order of Design - part II, one of which is based on the covalent bond.  However Swedenborg had classified the mineral kingdom into three broad degrees which is also supported by the general modern classifications. The final degree - organic molecules - is actually a subset of molecular compounds. But since it supports life, it is classified as a higher degree of order as it leads to the next higher kingdoms of plants and animals. For Young, his classification is based more on functional form where the highest degree of order was the DNA molecule, so there may be some validity to his classification which requires more analysis. Each higher degree uses the previous degree as a foundation for the next.

Below the mineral kingdom of molecules, there are perhaps three other degrees of order, which we can classify as dimensional, subatomic, and atomic. As they were invisible to the ancient world they were unknown, and at the time could only be inferred.

"because the Lord is Love Itself and Wisdom Itself, therefore also He is Use Itself; for love has use for its end, which it produces by means of wisdom. For love and wisdom without use have no boundary or end, that is, they have no home of their own; wherefore it cannot be said that they are and exist unless there be a use in which they are. These three constitute the three degrees of altitude in the subjects of life. These three are as the first end, the middle end which is called the cause, and the last end which is called the effect... These three degrees with the angels are named Celestial, Spiritual, and Natural; and for them the celestial degree is the degree of love, the spiritual degree is the degree of wisdom, and the natural degree is the degree of uses. These degrees are so named because the heavens are distinguished into two kingdoms, and one kingdom is called the celestial and the other the spiritual, to which is added a third kingdom, in which are men in the world, and this is the natural kingdom. And the angels of whom the celestial kingdom consists, are in love; and the angels, of whom the spiritual kingdom consists, are in wisdom; but men in the world are in uses; and therefore these kingdoms are conjoined." (Divine Love and Wisdom, n. 230, 232)


Thus one can see that the theology of the New Church is rational, and conjoins both spirituality and science into one systematic spiritual philosophy that is applicable to one's life.
Posted by Doug Webber at 4:03 PM