The book The X Prophecy describes and analyzes evidence of precognition and prophecy in the X-Men comics, which originated from a series of dream interpretations: 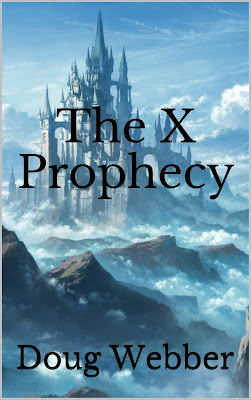 Here is a summary of this work:

This book describes a series of clairvoyant dreams that accurately portray certain scenes from the X-Men comics published 20 years ago in remarkable detail. When the dreams were interpreted it was realized that the dreams were communications from an angelic intelligence speaking in a symbolic manner, and the dreams were describing stories that were a form of precognitive fiction that have been predicting major events of our time. This is compared this with other well known instances of precognitive fiction, including the writings of the Morgan Robertson, Jules Verne, and the science fiction author Philip K. Dick.

The dreams begin at a personal level, however the dream interpretation led the author to uncover future prophecies on a world wide scale, warning against the further development of nuclear weapons and the use of nuclear power, as well as the misuse of artificial intelligence for military purposes. One particular prophecy describes the U.S. Presidential election of 2020. Another set of prophecies concern the involvement of extraterrestrials in human affairs. Related to this is the decoding of a possible extraterrestrial signal that has been kept hidden from the public. Several prophecies that have come to pass already include the attacks of September 11, the Fukushima nuclear power plant disaster, the marriage of Prince William of England with Kate Middleton, and other events up to the present time.

The subject matter of the dreams are also spiritual in nature, describing how our material world is but one level of reality in a multi-leveled universe. The dreams communicated this knowledge by indicating that certain X-Men comic stories were used as source material for the movie Inception. The dreams are also analyzed in the context of the writings of the clairvoyant Emanuel Swedenborg, who for 27 years had waking visions of the spiritual world.


The book is part dream interpretation, part fiction, and part prophecy. It is a case of precognitive fiction, similar to the one which foretold the sinking of the Titanic: The Wreck of the Titan: Or, Futility. Except in this case - a dream told us to read a particular series of fictional stories.  I have been interpreting dreams for many years and never saw anything like this: the dream would basically reenact certain scenes from comic book stories in remarkable detail, of which the dreamer knew nothing. The dreamer is a young blonde haired girl who appears in the comics as the character Amara, and as I followed the story of Amara in the X-Men comics I came across this scene from Uncanny X-Men, #189:

This comic was published in 1985.  And it predicts the attack on the World Trade Center on 9/11, during the 21st century. Afterwards I searched on the internet, and this scene was noticed by others in 5 Times Comics Were Eerily Right About The Future.  The scene above is preceded by this one:

One can see the World Trade Center, and above it a plane flying. The Statue of Liberty is being restored. The restoration of the statue was completed right before the attack on September 11, 2001. But that is not all, we also have this scene, from Kitty Pryde: Agent of Shield #3, published in 1998: 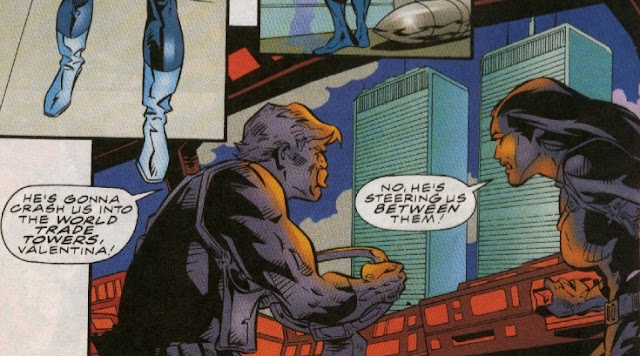 The story is about a flying helicarrier that is remotely hijacked. There is a similar plot in the pilot episode of The Lone Gunman which aired 6 months before the attack on September 11, which speaks of a government conspiracy to remotely control an airliner to crash into the World Trade Center so that the U.S. could go to war against terrorists and increase weapon sales for the military industrial complex.

This is just one example of a prophecy of a world wide event predicted in the X-Men comics that was discovered through a series of dreams. In the first scene shown from the comic, it showed two women travelling to New York. One of them is Rachel Summers who has travelled back in time, who is the daughter of Jean Grey. She embodies the Phoenix force. The dream references Rachel of the X-Men by describing the ancient myth of the Phoenix, specifically the myth of Rarog the firebird of Slavic myth: 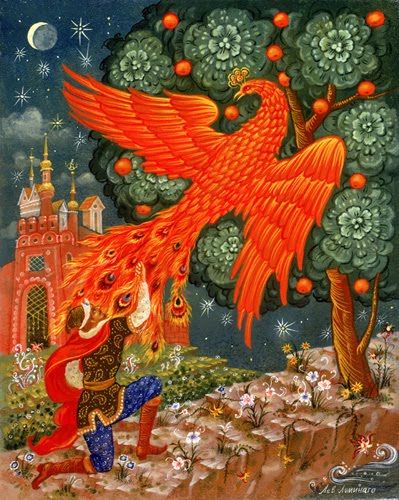 In an indirect way, the dream specifically pointed us in the direction of the X-Men movies, and it was associating the X-Men movies with this ancient myth of Rarog the firebird, or the Phoenix. The dream thus references Jean Grey, and from Jean Grey to Rachel Summers, who both embodied the Phoenix force, a symbol of death and rebirth. And the bizarre thing about this: the dreamer knew nothing about the X-Men movies or comics. Very specific details were coming through, and there is no way this was from random coincidence, or from the dreamer's subconscious.

It is somewhat timely, Marvel is about to release its movie Dark Phoenix focused on Jean Grey, who becomes the mother of Rachel Summers. Here is a trailer of the movie:

A more relevant movie, which was directly referenced by the dream, is X-Men: Days of Future Past, and one does need to be familiar with this movie as it was key to interpreting the dream, it is what I consider to be one of the best in the series:

The reason why this particular movie is important is it describes one of the key concepts in the X-Men stories: time travel. Specifically, time travel backwards in time, by sending back a future consciousness into the mind of someone of the past. It is one of the theories that explains the phenomenon of prophecy and precognition.

The dream acts as a filter, indicating which fictional story lines were important and carried symbolic significance. There are now several X-Men movies to watch, the ones I would recommend to watch in order in order to understand the complete story are as follows:
The important ones are the last two, but unfortunately one has to know the backstory to completely understand them. It is not completely necessary to see the movies first, I do provide a necessary summary in the book relevant to the dream interpretation.

The dream has several layers similar to the dreams described in the movie Inception. I did not plan on writing a book, but the book grew from the notes on the interpretation.

The story becomes personal: some of the fictional characters are representations of real life people I know, in a case of life imitating art. One meets a character known as Doug Ramsey, otherwise known as Cypher. He transcribes and publishes these heavenly writings found in Asgard of Norse myths, which involves the history of the country of Sweden. I happened to have published the works of Emanuel Swedenborg, who came from Sweden.

So in the comics Doug Ramsey is a software programmer - so am I.  Doug works on a project involving money transfer and preventing money laundering - so did I.  Doug, in two scenes, is at the center of a "web" of a network. My last name is Webber. Doug decodes an extraterrestrial language - so did I.  One can find it here: A Decoded NSA Extraterrestrial Radio Signal from Outer Space and here: The Origin of the NSA Extraterrestrial Radio Signal. The precognitive fiction is not only referenced personal details about my life (I mention just a few here), but this radio signal in particular. And this decoding catches the attention of some rather unusual people. They are aware of Doug, but Doug is unaware of them.  Dates are given that match real events in my personal life, specifically the years 2013 and 2015.

And then one begins to wonder: what parts of the story are real, and what parts are fiction? This becomes a big question when the story begins to reference human looking extraterrestrials that intervene in human affairs.  Which I happened to have blogged about before I independently encountered this dream, as Swedenborg does indicate that there are other planets in the universe inhabited by extraterrestrial humans. And then one realizes, should they exist, and ever be discovered, they might be classified as mutants. And this is the subject matter and theme of the X-Men comics.

It is very strange to read a fictional work that is referenced by a dream, where one finds oneself written as a character in the book.  There is a movie which describes just such a plot, called Stranger than Fiction:

When encountering a work of precognitive fiction, there are four possible explanations:
There are many cases of precognitive fiction that can be eliminated or adequately explained by the first three explanations. But not this one, it includes very specific details. There are predictions that were fulfilled from 1981 all the way to 2020, concerning the upcoming U.S. Presidential election. The prophecies speak of extraterrestrial involvement in human affairs, a future warning against the development of tactical nuclear weapons, and a warning against the misuse of artificial intelligence by the military.

Other aspects are symbolic, and the dreams reveal the true hidden origin of the movie Inception.

For other prophecies from the X-Men that are described in the book, see the post, X-Men Prophecy of Prince William of England and the Fukushima Nuclear Meltdown