Angels who watch over Children 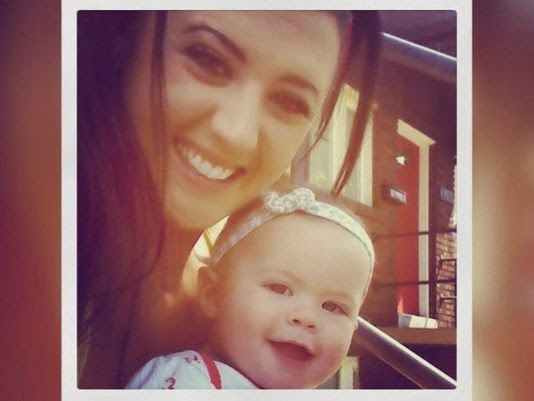 Take heed that ye despise not one of these little ones; for I say unto you, That in heaven their angels do always behold the face of my Father who is in heaven.  (Matt. 18:10)

A few days ago a 25 year old mother, Lynn Groesbeck, died in a car crash at night when he car went over an embankment and ended up upside down in an ice cold river.  Over 10 hours later, the car was spotted and reported, there were no signs of life in the car.  Four first responders on the scene then heard a distinct female voice: "Help."  They quickly went into the ice cold river, risking hypothermia, and turned over the car. The mother in the driver's seat was dead. But in the back they saw an 18 month year old baby, Lily Groesbeck, who has been suspended upside down in her car seat. Luckily when the car turned, the baby was submerged in the water but her head was inches above the surface allowing her to breathe. She is now at home doing fine. Here is a video of the officers who arrived at the scene who describe hearing the audible voice:

In case that video gets removed here is another one:

There are several cases of this when a child is close to death. Here is another more dramatic case, involving a miraculous healing, and a bright flash of light that was caught emanating from the hospital room on a security camera, previously discussed in The Light of an Angel caught on Video Tape:

There are other cases of angels having visible manifestations, which were seen over Coptic Churches in Egypt: see Angel Appears before thousands on top of a Coptic Church.  But for cases of angels coming to intervene to save children's lives, nothing is more dramatic perhaps then a case where a couple of terrorists with a bomb came into a school classroom and took a whole class of children hostage - in fact, they took 153 children and teachers and packed them into one classroom. The bomb exploded in the classroom which should have killed everyone - but somehow it only killed the two terrorists. People who investigated were puzzled, but then the children began reporting that they had been saved by angels. Parents were skeptical, but one decided to carefully record the testimony of his child using police techniques. This one is hard to explain away, as there were multiple witnesses:

At least two children later saw pictures of their relatives that they had not seen before, and recognized them as they had appeared to them in the classroom right before the bomb exploded.


THE ORIGIN OF ANGELS

While some theologians speculate on the origin of angels before the creation of mankind, the revelations given to Swedenborg give a very simple answer: all angels originate from the human race, which explains their human form:


"In the Christian world it is quite unknown that heaven and hell are from the human race, for it is believed that angels were created from the beginning and of them was formed heaven; and that the devil or satan was an angel of light, but because he became rebellious he was cast down with his crew, and of them was formed hell. Angels wonder exceedingly that there should be such a belief in the Christian world, and still more that nothing at all should be known about heaven, when yet that is the primary thing of doctrine in the Church; and because such ignorance prevails, they rejoice in heart that it has pleased the Lord now to reveal to mankind many things respecting heaven, and also hell, and thereby as far as possible to dispel the darkness which is daily increasing, because the Church has come to its end. They wish for this reason that I should declare from their mouth, that in the whole heaven there is not one angel who was so created from the beginning, nor in hell any devil who was created an angel of light and cast down; but that all, both in heaven and in hell, are from the human race; in heaven those who lived in the world in heavenly love and faith, in hell those who lived in infernal love and faith; and that hell taken as a whole is what is called the devil and satan." (Heaven and Hell, n. 311).

THE AUDIBLE VOICE OF ANGELS

It is permissible at times for angels to speak directly with man, but this is rare at this time, and typically only happens in times of urgent need. In the age of the prophets, angels were used to communicate directly with men, at which time they were invested with the presence of God, albeit temporarily. With Jesus it was different: the conjunction was permanent, as God directly dwelled within Him, and made his human Divine:


"An angel sometimes speaks, not from himself, but from the Lord, and he then does not know but that he is the Lord; but then his externals are at rest. It is otherwise when his externals are active. The reason is, that their internal man is the Lord's possession; and so far then as there are no obstructions of their own, it is the Lord's and is the Lord. But in the Lord, a plenary conjunction or an eternal union with Jehovah was wrought, so that His very Human Essence also is Jehovah." (Heavenly Arcana, n. 1745.3)

I bring this up for those who have fallen in the error to declare that Jesus was just an angel in human form, or just a teacher, or reborn avatar. The Christian truth is He is the Divine incarnate, otherwise His teaching makes no sense. He spoke directly to his apostles and speaks to the Church through the Holy Spirit, but in ancient times, communication through heaven was done via angels. This was heard as an audible voice, as the prophets would often say "the word of the Lord" came to them. Moreover, when the Jewish priests sought an answer from the Lord through the Urim and Thummim, it was again revealed through an audible voice:


"...it is to be known that when the shining forth appeared, then at the same time a response to the subject of inquiry was given in an audible voice. This was done through angels, to whom by such a shining forth this answer was revealed by the Lord; for, as already told, Divine truths which are answers appear in this manner in the heavens." (Heavenly Arcana, n. 9905)

In ancient times, this audible voice was the method of revelation, but this was closed off due to sin and disobedience. It is still the method of Divine revelation on other planets, who have no knowledge of scripture:


"On every other earth truth Divine is revealed orally through spirits and angels, as has been shown in the preceding chapters where the inhabitants of the earths in this solar system have been described; but this takes place within families; for mankind on most of the earths live distinct according to their families. Wherefore Divine truth thus revealed through spirits and angels is not conveyed far beyond the families, and unless a new revelation is constantly succeeding, what has been revealed is either perverted or perishes. It is otherwise on our earth, where truth Divine, that is, the Word, remains in its integrity for ever." (Heavenly Arcana, n. 9358)

For us, the Divine revelation is ever present in scripture, which is written in a highly symbolic manner, where spiritual concepts lay hidden in the literal sense of every word and story.


THE CHILDREN OF HEAVEN

At times, children do die, and its devastating to their parents.  Swedenborg was shown that all children, without exception, go to heaven as they have not reached the age of reason:


"It is the belief of some that only children who are born within the Church come into heaven, but not those who are born out of the Church; because, they say, children within the Church are baptized and by baptism initiated into the faith of the Church. They do not know that no one has heaven or faith by baptism; for baptism is only for a sign and memorial that man is to be regenerated, and that he can be regenerated who is born within the Church, since there is the Word in which are the Divine truths by which regeneration is effected, and there the Lord is known from Whom regeneration is.[a] Let them know, therefore, that every child, wheresoever he is born, whether within the Church or out of it, whether of pious parents or of impious, when he dies is received by the Lord and is educated in heaven, and according to Divine order is taught and imbued with affections for good, and through this with knowledge of truth; and afterward, as he is perfected in intelligence and wisdom, he is introduced into heaven and becomes an angel. Every one who thinks from reason may know that no one is born for hell, but all for heaven, and that man himself is in fault, that he comes into hell; but little children cannot as yet be in fault." (Heaven and Hell, n. 329)

For an interesting dream, concerning some angels who were taking care of children who died recently in the Middle East, see What is the Way to Heaven?