A Muslim Near Death Experience, and Lord of the Rings

As it is Ramadan, I thought I would explore any near death experiences of Muslims.  In the blog post, Swedenborg on the Near Death Experience of Howard Storm, I covered the Near Death Experience of an atheist who had an encounter with Jesus Christ. It was certainly not what he was expecting - he had no belief in God, no belief in the afterlife, and yet had an experience where he was delivered out of hell.  He did go to Sunday school as a child, but rejected Christianity in his later adult years. Perhaps what saved him was that simple hidden trust he had when he was a child - when he remembered the simple song, "Yes, Jesus loves me."  Sometimes we make religion so complicated, when it is all about love in its utmost simplicity. So that was an atheist, what kind of experiences do Muslims have?

I found this blog entitled "Muslim Near Death Experiences." One described a near death experience of a Muslim who was suffering from a tumor that had affected his pituitary gland: My Out of Body Experience – A True Story.  His experience was not a deep one, all he got to was the point of a life review before a panel of white robed beings. Doctors had expected him to die but he went through an astounding recovery. It took him a while to recover, but the experience forever changed his outlook on life:


"My state in that in-between time was one of infinite gratitude for the gift of my life, and for God’s infinite love and mercy and forgiveness. Like the stories I have read about people who have had near death experiences, everything afterwards seemed illuminated with love and the peace of mind of a new understanding of life. I wept a great deal at the most mundane show of tenderness and emotion, and still do. My kids make fun of me for it, but I don’t care. I know how precious a gift is this short life we are given, and the chance in it to give love and experience love, and through love, God’s love for us."

As a result of his experience he became a Sufi:


"It is love and mercy and compassion and forgiveness and love again, so complete and encompassing that we are born out of it, and return to it in the end. It is the bond of this Love that each of us shares, felt most strongly in the bond between mother and child, but felt nonetheless by each of us to the degree that we let it in. The Sufi path is nothing more than this, life is all of this, and that is all I know."

Soon after his near death experience, he fell asleep while he was recovering and had a dream that he would write a book that "changed the world and brought peace to mankind." Twelve years later, he did write a book entitled Master of the Jinn by Irving Karchmar: 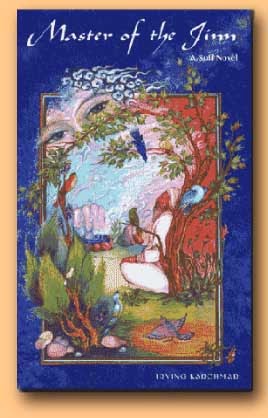 Here is a description of the book from http://www.masterofthejinn.com/:


"Here is a tale set on the Path of the Heart, a mystical adventure wherein a modern-day Sufi master sends seven companions on a quest for the original Ring of Power, and the greatest treasure of the ancient world - King Solomon's ring. It is the very same seal ring of a hundred legends, given to King Solomon by God to command the Jinn, those terrifying demons of living fire.
By sea and across deserts, they are led  by a strange faqir guide of many names. Through the mightiest of storms and into a lost city, the travelers come at last to the gateway of the Subtle Realm, the land of the Jinn.
But the quest has a strange effect on everyone chosen to go: visions enter their dreams, remembrances and tears fill their hearts, and mysteries abound;  unearthly storms and unending night, the Gates of Heaven open at last, and invincible demons of smokeless fire.
It is a tale woven of ancient legends found in the Old Testament, the Talmud, and the Koran, and although it is set in the present, the search for the truth of the ring leads them into a circle of ageless destiny, where the companions discover not only the fate of the Jinn, but also the Path of Love and the infinite Mercy of God."

The author doubts it will change the world, but would be happy if it gladdens the heart for one day. For me, this is a curious find. I have not read it, but based on one review, it seems to be a Sufi interpretation of the quest of Lord of the Rings:


"The Master of the book is basically Gandalf in Sufi drag. I have nothing against Gandalf, but Sufism, quite notably, does not rely on concepts of the supernatural for its mysticism. Rumi and Hafiz, for instance, were clearly not supernaturalists, but rather much more akin to Advaita non-dualists, or even Buddhists, interested in paring away everything that keeps us from perceiving the presence of the Friend (or Buddha nature)in our very midst. I far prefer Gandalf to the Master in this book, because considering and enjoying Gandalf does not require or lead me to ask questions like "In a world where Islam (and thus Sufism) is widely misunderstood, why is this author casting yet more obfuscation on these great traditions?" The Master is within, but you would never suspect that from this book (again, the hierarchical metaphysics of Tolkien are much more straightforward: Frodo may become a great hero, but he can never be a wizard, much less Gandalf)."

So where is this all going?  Life leads us in strange directions.  There is something odd about the grand epic of Tolkien which took him years to write.  Tolkien himself had a strong interest in precognitive dreams.  I have previously blogged a bit on Lord of the Rings, which can be seen in these blog posts:


The Hidden Secret of Lord of the Rings

The Hidden Prophecy of Lord of the Rings

The Hidden Prophecy of Lord of the Rings (part 2)

As for the author's Sufi interpretation of Lord of the Rings, he is not far off the mark. This was also noted in another book Alchemy in Middle-Earth: The Significance of J.R.R. Tolkien's The Lord of the Rings. As for my view of Islam, Swedenborg corrects many false errors in Christianity that aligns it more closely with some teachings of Islam, except in regards to Jesus Christ which Islam treats as an ordinary prophet instead of an incarnation of the Divine Word. For a comparison between Swedenborg and Islam see the book SWEDENBORG & ESOTERIC ISLAM.

Tolkien made use of a lot of symbolism.  The following scene is a symbolic portrayal of the Cinvat bridge of Zoroastrianism, the bridge that separates the living from the afterlife. Gandalf, of course, is a Persian capped Magi - and thus calls himself a "servant of the secret fire." The battle with the Balrog portrays some of the symbolism of ancient Mithraism:

Here is an image of a statue of Mithras slaying the bull. So one wonders, what was Tolkien thinking? In ancient religions, sacred secrets were portrayed symbolically, and he was probably aware of some of this teaching in ancient myths. 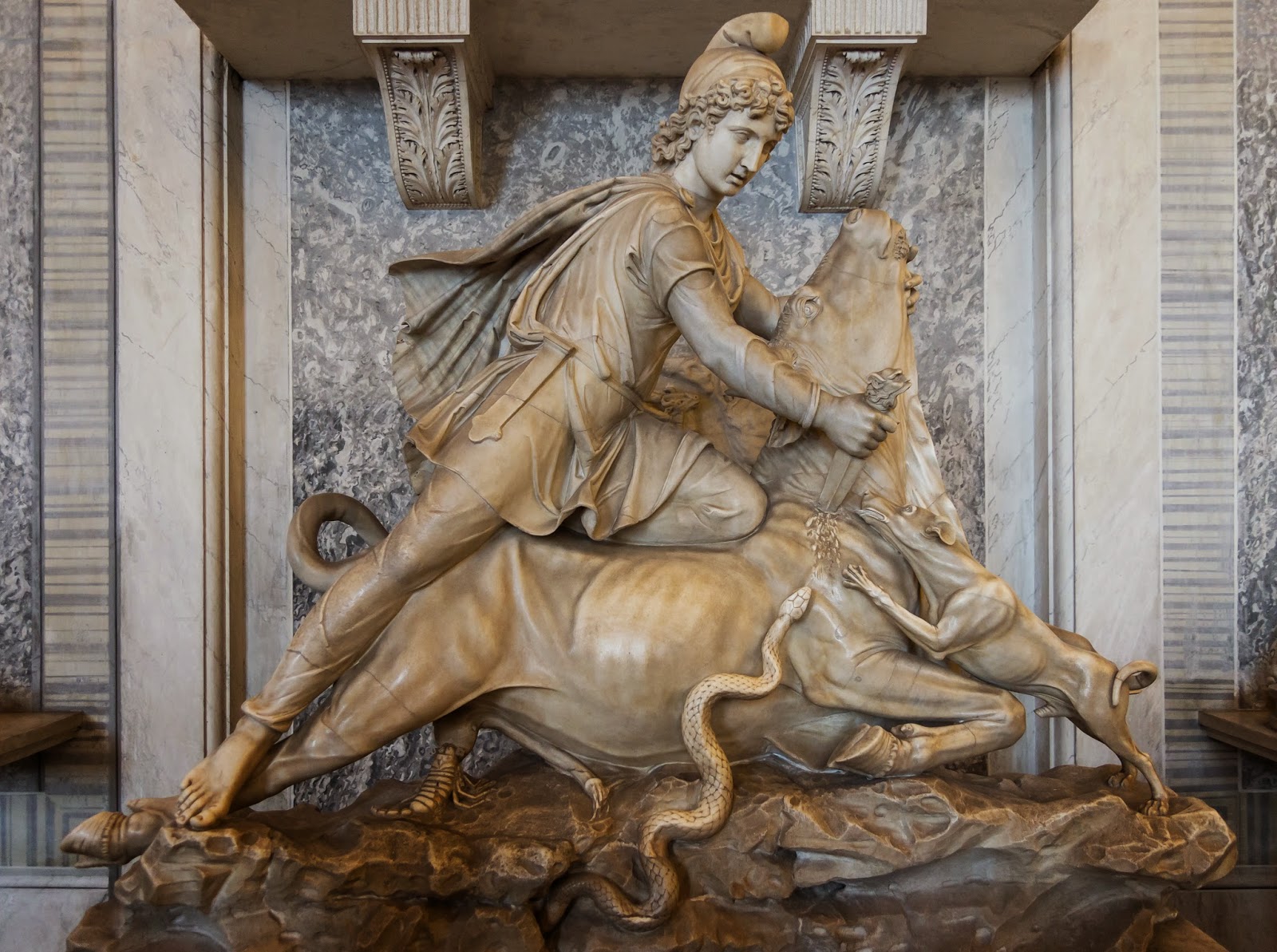 Email ThisBlogThis!Share to TwitterShare to FacebookShare to Pinterest
Labels: Lord of the Rings, Near Death Experience