The Near Death Experience of a CIA Agent

Since the advent of modern medical science, more and more people have been revived from death, and have reported a common set of experiences of the entrance of the soul into the afterlife. One usually remembers hovering above one's body, and can clairvoyantly describe events that took place in the vicinity of the body or events concerning their loved ones. They then advance through a tunnel, at the end of which is a Being of light - who is full of love and knowledge, or more accurately, is Love itself and All Knowledge itself. When encompassed in this light, we all go through a life review, and can see the impact of our actions on others. Every single action and thought is reviewed, and nothing is hidden. All is laid open for review, and it is our own conscience which judges our actions. If one passes this life review, they can go deeper, and enter the realm of light, where they see a city of light, and loved ones in their complete full beauty. For within our material body there is a spiritual body which survives after death. This was first described in the book Life After Life, by Raymond Moody M.D., who described it as the "Near Death Experience." It is from that book I became familiar with Emanuel Swedenborg, a clairvoyant who had described the Near Death Experience in the 18th century long before modern medical science rediscovered it. When describing heaven, Swedenborg stated that the center of heaven was a Being of Light, in which there was a Man - or more accurately, the God-Man. It is from the God-Man that we all have our human form. 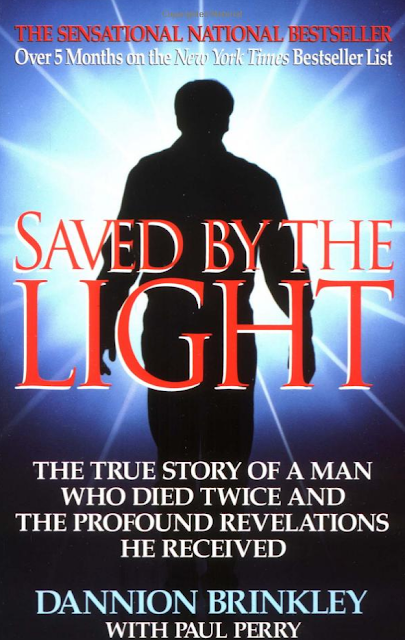 One of the most interesting Near Death Experiences I have read about is the one of Dannion Brinkley, which is described in his book Saved by the Light. He went rather deep, and was given a set of prophecies concerning the future, many of which have been fulfilled, others have not. He was struck by lightning and was dead for about a half hour before he was revived. You see, Dannion Brinkley was a CIA agent or asset, who was involved in covert operations (of course he does not mention CIA by name). What happens to a CIA agent when they die? It depends on what they did and what was their intention. One must be curious, here is a picture of the CIA memorial wall in honor of those who died for their country: 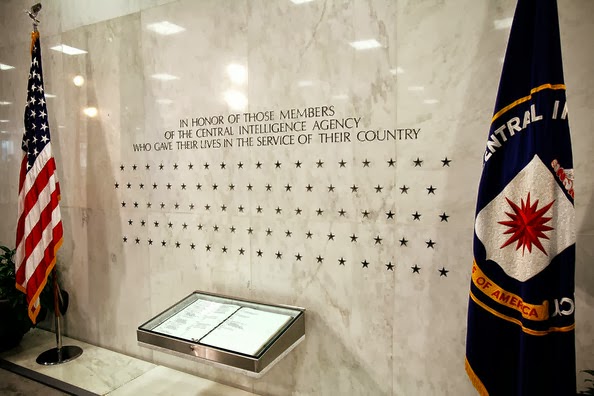 
"During my life review, I experienced this incident from the perspective of the North Vietnamese colonel. I didn't feel the pain that he must have felt. Instead, I felt his confusion at having his head blown off and sadness as he left his body and realized that he would never go home again. Then I felt the rest of the chain reaction - the sad feelings of his family when they realized they would be without their provider. I relived all of my kills in just this fashion. I saw myself make the kill and then I felt its horrible results."

The worst event in his life review was when he blew up an entire hotel of people in order to reach one heavily guarded target. He got to experience the shock and sadness of all the people's lives he had just snuffed out. However throughout this life review experience while he was dead, Dannion Brinkley has a particular insight:


"The one saving grace was that at the time, I thought what I was doing was right. I was killing in the name of patriotism, which took the edge off the horrors I had committed."

In the life review, every action is judged by the truth that one knew at the time. Every action is judged by one's intention. Thus there is a difference between killing and murder - the difference comes from one's intent. In heaven, angels do not consider external appearances, but one's internal thought, motive or intention. It is from the intention or end of a person that the nature of one's true character is known, and it is that which determine's one's eternal destiny. To quote from Emanuel Swedenborg:


"...nothing else than the end with man is regarded by the Lord. Whatever his thoughts and deeds — which vary in ways innumerable — if only the end be made good, all are good. But if the end be evil, all are evil. It is the end that rules in every thing that a man thinks and does. The angels with man, because they are angels of the Lord, do not direct anything in the man but his ends. In directing them they direct also his thoughts and actions, for all these are of the end. The end with man is his very life. All that he thinks and does has life from the end, for, as was said, they are of the end. Therefore as the end is, such is the life of a man. His end is no other than his love; for a man can have for an end nothing but what he loves. One who thinks otherwise than he does, has yet for an end what he loves." (Heavenly Arcana, n. 1317)
"...angels do not attend to any other than internal things, that is, to ends, or to intentions and purposes, and to thoughts therefrom." (Heavenly Arcana, n. 3489.2)
"...it is to be known that the end is what determines the character of all the deeds of a man. If his end or intention is to do good for the sake of reputation, or to procure honors or gain, then the good which he does is not good, because it is done for the sake of himself, and thus also from himself. But if his end is to do good for the sake of a fellow citizen, or of his country, or of the church, thus for the sake of the neighbor, then the good which a man does is good, for it is done for the sake of good itself, which in a general sense is the real neighbor" (Heavenly Arcana, n. 9210)

Philosophers and scientists speak of cause and effect, which corresponds to thought and action. Swedenborg takes this a step further: central to this spiritual theology is end, cause and effect. Or what is the same, intent, thought, and action. External actions are driven by thought, and all our thoughts are derived from our purpose or intent. It is our intent which is our will, the very core of our being.

So why do I bring this up now? You do not have to pull the trigger to be considered responsible for your actions. Dannion Brinkley was involved in shipping arms to third world countries, and this he saw in his life review:


"When I returned to the United States after my military duty, I continued to work for the government, performing clandestine operations. This largely involved the transport of weapons to people and countries friendly to the United States. Sometimes I was even called upon to train these people in the fine art of sniping or demolition.
"Now, in the life review, I was forced to see the death and destruction that had taken place in the world as a result of my actions. "We are all a link in the great chain of humanity," said the Being. "What you do has an effect on the other links in that chain."
"Many examples of this came to mind, but one in particular stands out. I saw myself unloading weapons in a Central American country. They were to be used to fight a war that was supported by our country against the Soviet Union.
"My task was simply to transfer these weapons from an airplane to our military interests in the area. When this transfer was completed, I got back on the airplane and left.
"But leaving wasn't so easy in my life review. I stayed with the weapons and watched as they were distributed at a military staging area. Then I went with the guns as they were used in the job of killing, some of them murdering innocent people and some the not so innocent. All in all it was horrible to witness the results of my role in this war.
"This weapons transfer in Central America was the last job I was involved in before being struck by lightning. I remember watching children cry because they had been told that their fathers were dead, and I knew these deaths were caused by the guns I had delivered.
"Then that was it, the review was over."

After this, Dannion Brinkley was quite ashamed of what he had done - he realized he had lived a very selfish life, rarely considering others, with not so much as one little act of kindness or compassion. So, after that life review in Brinkley's Near Death Experience, what was the reaction of the Being of Light? Here is what he says:


"I looked at the Being of Light and felt a deep sense of sorrow and shame. I expected a rebuke, some kind of cosmic shaking of my soul. I had reviewed my life and what I had seen was a truly worthless person. What did I deserve if not a rebuke?
"As I gazed at the Being of Light I felt as though he was touching me. From that contact I felt a love and joy that could only be compared to the nonjudgmental compassion that a grandfather has for a grandchild. "Who you are is the difference that God makes," said the Being. "And that difference is love."
"...As the Being of Light moved away, I felt the burden of this guilt being removed. I had felt the pain and anguish of reflection, but from that I had gained the knowledge that I could use to correct my life. I could hear the Being's message in my head, again as if through telepathy: "Humans are powerful spiritual beings meant to create good on the earth. This good isn't usually accomplished in bold actions, but in singular acts of kindness between people. It's the little things that count, because they are more spontaneous and show who you truly are."

The relevance of this Near Death Experience is obvious. The civil war in Syria has claimed over 100,000 lives, and there is no end in sight. The reason? Arms shipments to rebels and Al Qaeda jihadists. Who is behind the arms shipments? The CIA, Turkey and Saudi Arabia...probably with more responsibility on Saudi shoulders. And because of arms shipments flowing over the borders, the borders are forced to be closed, trapping those who are in need of humanitarian aid inside. I have seen some of accounts from reporters inside Syria, and the suffering is just horrific. No, the government of Assad is not perfect. But before the civil war, that government upheld law and order for the majority of its citizens. If he goes, what will replace him? Something not as good...similar to what we have in Iraq today, where sectarian killings continue, all in the name of blind religious belief without regard to what is most important: love, kindness and compassion.


Hypocrites! Well did Isaiah prophesy about you, saying: 'These people draw near to Me with their mouth, And honor Me with their lips, But their heart is far from Me. And in vain they worship Me, Teaching as doctrines the commandments of men.'
Let them alone. They are blind leaders of the blind. And if the blind leads the blind, both will fall into a ditch. (Matt. 15:7-9, 14) 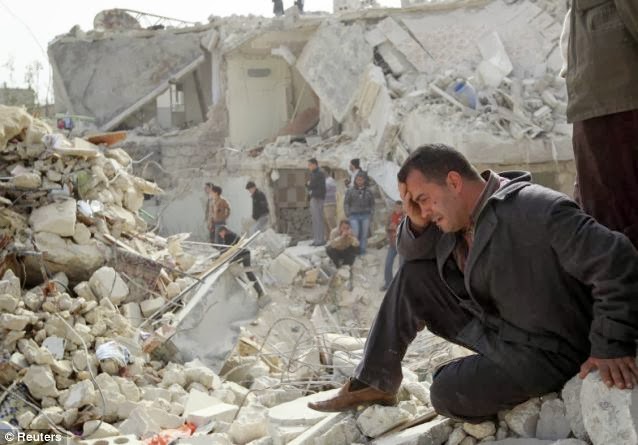