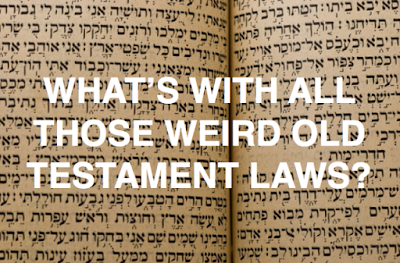 I was browsing some online posts on Christianity vs. atheists and skeptics, and was curious what arguments an atheist or skeptic had against Christianity.  I found a good argument - in the Old Testament, slavery was permitted, and there were laws given to Moses regarding slaves.  Before the American Civil War, some of these passages were used by the South to justify the horrible conditions of slavery.  Those who belonged to the New Church understood the meaning of these passages, that they should not be taken literally, thus some Swedenborgians of this time became part of the Abolitionist movement, and helped slaves escape to gain their freedom. For Swedenborg has also obtained a vision where a new revelation would be made concerning the New Church to those in Africa. 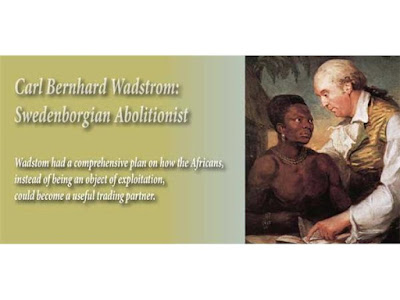 So, the argument from this atheist or skeptic went as follows, if the Bible contains commands that one is not going to follow, why follow it.  Ok, perfectly logical objection.  That is on the surface. For one, slavery was a form of economic employment, and getting out of debt as their were no bankruptcy laws in the ancient world.

On the surface, the Bible contains many things that do not make sense, and this is one of them.  There are many command that the Jews still follow and still do not understand them, but do so out of strong tradition.  So, before I discuss the commandments on slavery, there are certain overall principles or assumptions to this discussion - which many people, opening the Bible with no background, may not know:


1.  Any Divine revelation or Divine Truth revealed from heaven in visions will be adapted to the understanding of the person or people receiving it.  Revelations are progressive and come in dispensations.
2.  In most cases, many are not ready to receive the whole and complete truth.  So, a lower or temporary revelation is given.
3.  These "lower" or "temporary" truths that are given still contain spiritual truths in them, although hidden by symbolic correspondences.  Thus Jesus spoke in parables, and revealed the meaning to the few disciples but not the masses.
4.  The reason why the full truth or revelation is kept hidden from most people is so they do not profane what is holy.  To profane what is holy is to mix it with what is false, to make jest of it, or to first accept it and reject it.

In the case of the Jews, the people of that time were prone to idolatry, and as a nation thought themselves superior to others, full of self-pride. Even to this day, some Jewish Rabbis teach that Jews are superior to Gentiles, and although these Jews read scripture, since they read it with a view of self-pride, it is a closed book even to them.  They were not ready to receive the full truth in its spiritual form - and this is signified by the fact that Moses broke the first two tablets of the commandments written by the finger of God, and then rewrote them in his own hand.  A spiritual church could not be established among the Jewish people - so instead God established a representative ritualistic church among them: in other words, not a true church, but symbolic of the church, which represented the church in their history, laws, and rituals.

Thus the Jewish laws were symbolic, and once a true spiritual church was established - the Christian Church - many of these laws became abrogated.  Some of these are known to the Christian churches, such as circumcision no longer became necessary, as that was symbolic of removing fleshly desires from one's heart. Or the Passover - Jesus died on the Passover, fulfilling that ritual.  Thus 40 years after Jesus was crucified and rose from the dead, the Jewish Temple was destroyed - it was no longer necessary to offer animal sacrifices, as the representative worship of the Jews had come to an end, its laws being abrogated by the higher revelation.

But what of the scripture containing these laws? Ignore them?  For most Christian churches, yes, the Old Testament for the most part is ignored in its entirety.  For Protestant churches, its worse, many of them dwelling on a false belief that belief alone saves, based on a false reading of the apostle Paul.  In the case of the New Church, with the revelations given to Emanuel Swedenborg, this is not the case.  Many portions of scripture, closed to many, can now be seen in full view - where it has immediate application to one's spiritual state.  This is the fulfillment of the scripture, hereafter you will see the Son of Man sitting at the right hand of Power, and coming on the clouds of heaven (Matt. 26:64).  This refers not to the sky above, but to heavenly visions, where the spiritual sense of the Word (the "Son of Man") is fully revealed.  Thus while Christian churches know that the Jewish rituals were symbolic, they are still unable to explain many portions of scripture, or the small details which are skipped over.  So lets examine one of the laws regarding slaves:

This is one of the laws that has been abrogated with the revelation of Christianity, as external rituals and laws were given to the Jews to represent the internal spiritual matters of the church. A clue to the meaning of this law can be found in the sayings of Jesus:


No longer do I call you slaves, for the slave does not know what his master is doing; but I have called you friends, for all things that I have heard from My Father I have made known to you. (John 15:15)

So, when one is introduced into the Christian church, there is first a period of introduction, or servitude, where one is a "servant" or "slave."  Its used in another manner, to represent servitude towards one's lower sinful nature:


our old self was crucified with Him, in order that our body of sin might be done away with, so that we would no longer be slaves to sin (Rom. 6:6)

So, for Swedenborg, the six years in which one serves as a slave is similar to the first six days of creation (described earlier in this blog): it is a state of regeneration and reformation as one struggles against sin.  One knows the truth, but does not necessarily live by the truth, or one's life is in conflict with the knowledge of the truth.  To "buy a Hebrew slave" means to procure for oneself spiritual knowledge, after which, if one accepts it, comes a period of combat and temptation against sin.  Those who have no enjoyment in learning spiritual truths are those who come into servitude alone; those who have an internal joy or desire for the truth is represented by the slave that comes with a wife.  The reason for this is, is that in scripture a "male" represents a form of truth, and a "female" affection for the truth.  The seventh year in which a slave is released represents a state of peace, when truth is confirmed (one is no longer in doubt), and one lives according to it.

The interesting part of the law is that if during those six years the master gives a slave a wife, who bears children, in the seventh year they should stay with the master and not the freed slave.  So what is the meaning of that portion of the law?  According to Swedenborg, this means an affection for spiritual truth that is acquired when one is in combat against sin.  This represents a temporary affection for truth, which only stays for a period of time, but towards the end it does not become a living affection in one's heart for spiritual truth. The way I would explain it is that one's intention determines the outcome of the act.  If one begins with good intentions at the start, the goodness stays with you. If you do not have good intentions in your act, but later you realize you were wrong in your intentions and change mid-way, you did the right thing and confirmed the truth but there is not as much enjoyment in what you did, as you started off with a bad intention.  What I just described in abstract form, is represented in an external visible form in this law regarding Hebrew slaves.

Another state is described by the slave who acquires a wife during his years of servitude, and instead of going free, decides to stay, and has his ear bored through with an awl on a door or doorpost.  One can guess some of the meaning from the common symbolism of the ear, or to listen: to hear is to obey.  The ear representing obedience.  This represents those who decide to submit their will to God.  Permanent Hebrew slaves represent those of the church who do things out of obedience, and not out of love or the affection from the heart:

The reason why the ear is pierced on a door, is that a door represents an introduction to the truth.  So, I hope this has served for a good introduction into the truth: Biblical scripture is highly symbolic.  And when the spiritual sense is opened, it is more abstract and universal.  It is also immediately applicable to one's life.  Without the spiritual sense of scripture being opened, much of the Bible is a closed book.  One can also see different psychological states that one passes through at different stages of life. And what becomes apparent is that the outward form of one's act is not nearly as important as one's intention in the act.  Much of this is described in the book Heavenly Arcana (aka, Arcana Coelestia), where the spiritual sense of scripture is revealed.  Without knowing the spiritual sense of scripture, one just superficially sees an obsolete law on slaves, and closes the book, and in so doing close their minds to the potential of a deeper spiritual awakening.  One can say this internal spiritual awakening is a sort of Second Coming.
Posted by Doug Webber at 11:50 PM