The Hope of Easter and the Iranian Nuclear Deal 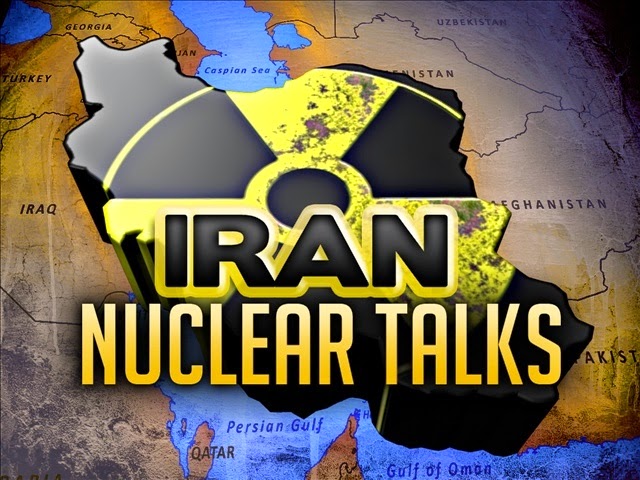 Easter approaches, in which we remember how Jesus saved the human race by overcoming sin and glorifying His human body, averting the spiritual separation we experience from heaven.  As we remember this, other good news has arrived - a breakthrough deal that would ensure that Iran does not develop the capability of developing nuclear weapons. This of course ruins certain military plans to create another war in the future in the Middle East, as some would rather have a cause for war than to negotiate a deal for peace. And the media puts forth its propaganda to the American public that this is a "bad" deal, hoping to brainwash them. So lets review the facts, what does this deal do, in return for lifting sanctions against Iran?  The deal does this (from Highlights of the Iran deal):


1. Arak's nuclear reactor would be redesigned so that it would not produce weapons grade plutonium.
2. Fordow would be converted into a research facility with no fissile material.
3. Natanz would be the only site containing uranium enriching centrifuges.
4. The operating centrifuges for uranium would be reduced by two-thirds.
5. Uranium enrichment would only last for 10 years.
6. For 15 years uranium will not be enriched above the 3.67% needed for a nuclear power plant. Weapons grade uranium needs to be enriched to about 90%.
7. The IAEA would be given full access to inspect all nuclear sites, any site "deemed suspicious," uranium mines, the supply chain, and centrifuge storage facilities.

Its that last point that Iran refused to do up until now.  But who can blame them?  The American-Iranian relationship has been bad since the 1953 overthrow of the democratic government of Iran over the privatization of its oil industry.  Yes, the American government overthrew a democratically elected government to maintain control over the oil supply:

Both see the need to negotiate now: America and Iran have "silently" cooperated in the war against ISIS, and Iran can see its sanctions lifted. The point to watch is that if Iran does not allow inspections, America will seek to quickly put back the sanctions in place.

This deal is very good news - and yet, there is opposition from a very vocal Republican congress.  Republican senators overstepped the constitution and actually wrote a letter to Iran that they will have the "final say" in the negotiation - not true - and that any deal could be reversed in the next administration.  This is highly unusual behaviour - they are not allowed to directly interact with the foreign government in such manner. Moreover, the Republican congress overstepped protocol and invited Netanyahu to give a speech that states that any deal "threatens" Israel's existence. The opposite is true - the deal will help ensure the safety of Israel. If Israel indeed wanted to be safe, it would give up its own nuclear weapons and support a nuclear free zone in the Middle East.

So why all the opposition? Simply put, the U.S. military has future war plans, and wants to perpetuate endless wars to maintain its control over the oil supply, and oil supplies denominated in U.S. dollars. General Wesley Clark pointed this out years ago: after 9/11, the U.S. military made plans to invade seven countries in 5 years: Iraq, Syria, Lebanon, Libya, Somalia, Sudan ... and finishing off with Iran:

And now we have Jeb Bush planning to run for President.  Who happened to release all his emails, including ones where people described his brother as the "worst President in U.S. history." Whom of course he defended. Who also happens to be a President who was in fact never elected by accurate vote counting. This breakthrough deal absolutely ruins this future war plan.

Another point here, under international law it happens to be perfectly legal to develop nuclear power for peaceful purposes. It is still very dangerous, as the Fukushima disaster shows (see UFOs over Chernobyl and Fukushima Nuclear Power Plants), and no religious theocracy should ever have one. And here is the irony of it all: the United States is the nation that helped Iran begin its program of developing nuclear power.  This began with the "Atoms for Peace" program under President Eisenhower and the Shah of Iran. This plan culminated in 1976, from wikipedia:


"President Gerald Ford signed a directive in 1976 offering Tehran the chance to buy and operate a U.S.-built reprocessing facility for extracting plutonium from nuclear reactor fuel. The deal was for a complete 'nuclear fuel cycle'." The Ford strategy paper said the "introduction of nuclear power will both provide for the growing needs of Iran's economy and free remaining oil reserves for export or conversion to petrochemicals."

It just so happens, on September 18, 1976, there is a well known case of a UFO engaging an Iranian fighter jet.  This is the exact same year President Gerald Ford gave permission to Iran to get nuclear reactor fuel.  The below documentary has an interview with one of the Iranian pilot who encountered the UFO.  The part that scared him the most is that the UFO could turn on and off the electrical systems of the U.S. made fighter jet at will. After he landed, he was debriefed not only by Iranian military officials, but also a U.S. colonel and a CIA agent. The declassified document here shows that not only was a report sent back to the U.S. military, but also to the White House:

So, if the White House denies that they are not tracking UFOs, nor have no knowledge of UFOs, they are lying.  President Obama, however, seems to be a bit more honest.  Instead of stating he knows nothing, after all the joking he changes attitude and says "I can't reveal anything":

The video is falsely labeled that Obama denies knowledge of the matter. But he did not deny knowledge.  And here is a detailed analysis of the body language of the Presidentt:

It should be noted here, that while "joking" he is a bit tense, and says two other things:

What a funny joke. And it must be completely unrelated to this negotiated deal with Iran.

So out of death, let us hope there is a promise of life in this Easter. Just as the Jewish Pharisees failed to keep Jesus sealed in the tomb, let us hope that Israel does not promote falsehoods to bury this negotiated settlement.


Blessed are the peacemakers, for they shall be called sons of God. (Matt. 5:9)