The Id, Ego, Super-Ego, and the Psychology of the Human Soul 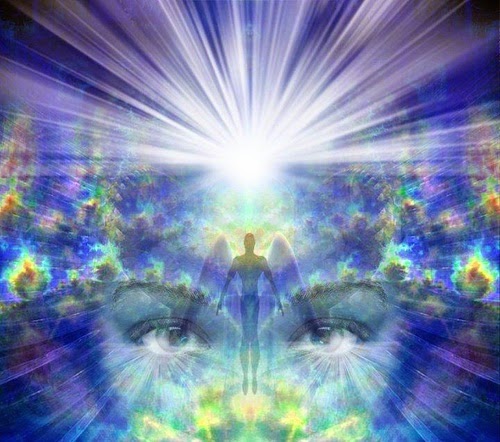 Many psychological theories, divorced from any spiritual revelation, take a stab at the psychology of the inner being of the human soul.  Some of these psychologists - such as Carl Jung - actually "borrowed" their ideas from Emanuel Swedenborg, a scientist of the 18th century who began experiencing visions of the spiritual world in his late fifties. Swedenborg, more than anyone else perhaps, was given revelations concerning the psychology of the human soul that is all encompassing and spiritual, and in many cases describes things that are hard to put down in words as few have experienced them. Most people are probably more familiar with Sigmund Freud, so lets start with an example from his theory, where he describes the Id, the Ego, and Super-Ego:


Id, ego and super-ego are the three parts of the psychic apparatus defined in Sigmund Freud's structural model of the psyche; they are the three theoretical constructs in terms of whose activity and interaction mental life is described. According to this model of the psyche, the id is the set of uncoordinated instinctual trends; the super-ego plays the critical and moralizing role; and the ego is the organized, realistic part that mediates between the desires of the id and the super-ego. The super-ego can stop one from doing certain things that your id may want to do.

This theory was developed late in Freud's thinking, and I am not going to go into the endless details (and confusion) that Freud gets into.  So lets jump to the question: how much of this is true, and how much of it is just plain theory without any proof?  Well let's take a look at what Swedenborg had to say. Although his writings are categorized as belonging into the realm of Christianity and Biblical interpretation, much of his writings have to do with the psychology and spiritual development of the human soul. So if you are a psychologist or psychiatrist looking for any nice theories or useful information, the revelations given are actually a gold mine of information. So let's compare what Swedenborg had to say compared to the above definition (from Wikipedia) - probably not exact, but simple enough to keep this short. And the terminology of each theory is endless (i.e. conscious, sub-conscious, super-conscious, conscience....etc.).


THE LOWEST SELF: THE NATURAL MAN

Any psychological theory that recognizes the the human psyche has several degrees of order is going to gain quite a few insights. The human soul is a bit complicated - we are not just a simple individual being with a brain and a body, which is as far most get on their thinking on this matter. It goes much further: each human being is a microcosm of the universe, a spiritual being made in the image of God. Everything in heaven and earth has some relationship or correspondence to something within our human psyche and body. In our lowest state, we are in love with our self ego - Swedenborg calls this what each person thinks as "their own", and in Latin he names it one's proprium. The selfish ego is the origin of all evil. And yet, if we deny our self, we have an opportunity of becoming raised to a spiritual being. Before we are raised or grow into a spiritual being, we are merely a natural being. This is what Swedenborg calls "the natural man," and this state is similar (not the same) as what Freud calls the "Id." The natural man is driven by natural desires - food, sex, self importance, external appearances, and little else. The natural man tends to be proud and think of himself/herself as better than others. Thus there is a tendency towards jealousy - and when you encounter jealous people, dont get angry, just recognize they are operating at a lower base level.

There are several degrees to the soul, and few know of them:


As regards the initiation of truth into good in the natural man, it can in no way be set forth to the apprehension; for the man of the church at this day does not even know what the internal or spiritual man is, though he very often speaks of it. Neither does he know that truth must be initiated in good in the external or natural man, in order that one may become a man of the church; still less that there is any arranging by the Lord in that man, in order to effect its conjunction with the internal. (Heavenly Arcana, n. 4266.2).

The earliest Jews had no idea that man had an internal spiritual, but regarded everything in a very external materialistic way, where everything had to be seen in order to be real:


That Jacob and his posterity were of such a character that with them celestial and spiritual love could not be conjoined with natural good, that is, the internal or spiritual man with the external or natural man, is manifest from everything which is related of that nation in the Word; for they did not know, nor were they willing to know, what the internal or spiritual man is, and it was not, therefore, revealed to them; they believed that nothing was given in man but the external and natural. In all their worship they had regard to nothing else, so much so that Divine worship was to them no otherwise than idolatrous; for when internal worship is separated from external, it is nothing but idolatrous. The church which was instituted with them was not a church, but only the representative of a church; for which reason that church is called a representative church. (Heavenly Arcana, n. 4281.2)

Thus the Jews - and many Christians who examine Biblical prophecy - expect a literal kingdom of God to be established in Israel, not realizing that the Jewish rituals and the land of Israel were meant to by symbols of the true Church. This is because people who are in the lowest natural state judge things from external appearances, and will have a tendency towards a very literal interpretation of scripture.

The first step in spiritual development, is to subdue the selfish nature of the natural man: when this is done, a spiritual person is born. Thus the natural self is also known in scripture as a "midwife" - it is a means to an end, but our body is not an end to itself.


The midwife is the natural here, because when interior temptations are being undergone, that is, when the interior man is undergoing temptations, the natural is then as a midwife; for unless the natural affords aid, in no way can any birth of interior truth take place; for when anterior truths are born, it is the natural which receives them into its bosom, since it enables them to come forth. Thus it is with the things of spiritual birth, that their reception must be wholly in the natural. This is the reason that when man is being regenerated, the natural is first prepared to receive; and as far as this is made receptive, so far interior truths and goods can be brought forth and multiplied. This is also the reason that if the natural man has not been prepared for receiving the truths and goods of faith in the life of the body, he cannot receive them in the other life, and thus cannot be saved. This is what is meant by the common saying that as the tree falls, so it lies, or as man dies, such he will be. For man has with him in the other life all his natural memory, or that of his external man, though not there permitted to use it (n. 2469-2494). Thus it is there as a foundation plane, into which interior truths and goods fall; and if that plane is not receptible of the goods and truths which flow in from the interior, the interior goods and truths are either extinguished, or perverted, or rejected. From these things it may be evident that the natural is as a midwife. (Heavenly Arcana, n. 4588)

In order to be spiritually born, one must first go through one's selfish desires, and subdue the desires of one's ego. Or as Jesus taught his disciples - one must wash one's feet.  The feet represent one's lowest self, the base desires, which must be cleansed. Thus the first step in any true spiritual path is to repent of one's sins: thus all four Gospels begin with the message of repentance. And as the selfish ego is in itself is evil, one must try to do this, but in one's effort one must acknowledge one's sinful nature and know that all good originates from God. But true spiritual good cannot be implanted until one's lower natural self is brought into alignment, and that means, acknowledging one's sins, and turning against them.

So the first stage of spiritual development is hard - one's lowest natural self will resist, and this will lead to internal conflicts and temptation. This initial state is mentioned in several areas of scripture: when Israel was brought out of Egypt, they were tempted for 40 years in the wilderness, and, Jesus was tempted for 40 days in the wilderness. But if one's own natural self wins in the conflict, one will have a tendency to belief that everything one does is right, or what is right is what brings most self pleasure. And unfortunately, many do not recognize the trap they put themselves in. But if one fights against it, an internal war begins: a war between the lower natural self, and the next higher state - one's rational self.  Reason, properly guided by spiritual truth, will always fight against the lower natural self. But the truth must be first implanted in the mind in order to bear fruit, for it is from truth that one fights against the lower self.

Unfortunately, we have only covered the lowest natural self - which somewhat corresponds to Freud's Id (Freud confused some higher stages with the lowest self) - so I will probably have to follow up on this later.  When one understands the psychology of the human soul, and its stages of spiritual development, one can then arrive at a true spiritual understanding of Christianity, one that is very applicable to everyday life. 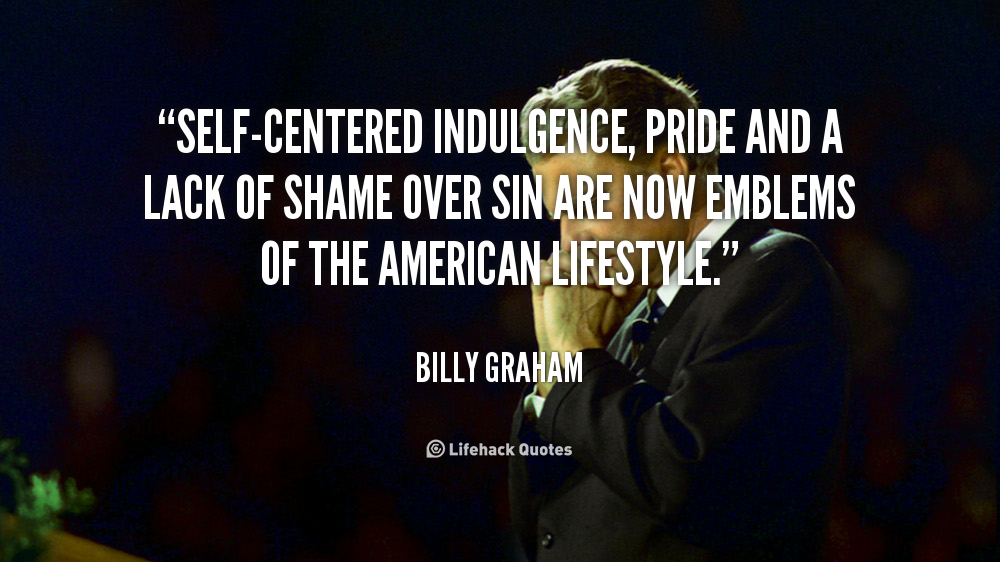 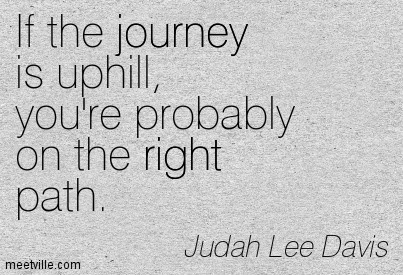