Dreams and Visions of the DNA Molecule

THE DNA MOLECULE - THE ORGANIC FORM OF LIFE 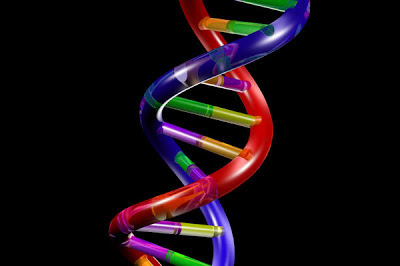 James Watson, the scientist who discovered the molecular structure of the DNA molecule, had a dream concerning spiral staircases before determining the structure of DNA in 1953. I found this interesting passage       from Swedenborg, which may indicate that there are more refined substances in the shape of DNA spirals which survives after death:


Every thing confirmed by the will and at the same time from the understanding remains for ever, because every one is his love, and the love is of his will; also because every man is his good or his evil; for all that is called good which is of the love, and in like manner evil. Since man is his love, he is also the form of his love, and may be called the organ of his life's love. It was said above that love's affections and the thoughts of man therefrom are changes and variations of the state and the form of the organic substances of his mind. What these changes and variations are, and of what quality, shall now be told. Some idea of them may be gathered from... the organic forms of the mind, which are the subjects of man's affections and thoughts, as shown above; with the difference, that their expansions and compressions, or reciprocations, are relatively in such higher perfection as cannot be expressed in words of natural language, but only in those of spiritual language, which can sound only like calling them vortex like circlings inward and outward, after the manner of perpetual and in-bending spirals wonderfully combined into forms receptive of life. But of what quality these purely organic substances and forms are, in the evil and in the good, shall now be told: In the good the spirals turn forward, but in the evil backward; and the substances and forms which have the spirals running forward, are turned towards the Lord, and receive influx from Him; but those which have the spirals running backward, are turned towards hell, and receive influx therefrom. It is to be known that as far as they are turned backward, so far they are open behind and closed in front; and on the other hand, that so far as they are turned forward, they are opened in front and closed behind. From this it may be evident what kind of a form or organ an evil man is, and what kind of a form or organ a good man is, namely, that they turn in contrary directions; and as the turning when once fixed cannot be reversed, it is manifest that such as man is when he dies, such he remains for ever. It is the love of man's will which makes the turning, or which converts and inverts; for, as said above, every man is his love. (Angelic Wisdom concerning Divine Providence, n. 319)

Swedenborg is not talking here of DNA, but a higher spiritual substance of the mind, shaped like spirals corresponding to DNA.  Who would have thought that centuries later scientists would discover that a double spiral was the molecular organic form for all of life?  Although the body dies, there is a more refined, purer substance of the body which lives after death:


From much experience, continued now for many years, it has been given to know, that a man after death loses nothing at all of what has been in his memories, whether in the exterior or in the interior memory; and this so absolutely that nothing can ever be thought of so petty, or so minute, that the man does not have it with him. Thus he leaves absolutely nothing after death, excepting his bones and flesh, which, while he lived in the world, were not animated from themselves, but from the life of his spirit, which was his purer substance annexed to the things of the body. (Heavenly Arcana, n. 2475).

Spirits themselves are forms, that is, consist of continuous forms, equally with men, but of a purer nature, and not visible to the bodily sight. And because these forms or substances are not visible to the corporeal eye, man at this day apprehends no otherwise than that knowledges and thoughts are abstract things; hence also comes the folly of our age, that men do not believe that they have a spirit within them which is to live after the death of the body, when yet this spirit is a substance much more real than the material substance of its body; yea, if you will believe it, the spirit, after being freed from corporeal things, is that very purified body... (Heavenly Arcana, n. 3726.4)

But it is to be known that the spirit of man is in his body, in the whole and in every part of it; and that it is its purer substance, both in its organs of motion and in those of sense, and everywhere else; and that the body is the material part that is everywhere annexed to it, adapted to the world in which it then is. This is what is meant by man's being a spirit, and by his body serving him for uses in the world; and by the spirit's being his internal, and the body his external. From this also it is manifest, that man after death is in an active and sensitive life, and also in the human form, in like manner as in the world, but in greater perfection. (Heavenly Arcana, n. 4659)

Many, who interpret scripture in a very literal way, believe that on some date in the future all will rise in reconstituted bodies.  But this is not true.  We will rise from our bodies after death - and this is because life is composed of a purer substance that we cannot see, which does not interact with physical light. That this is true, is shown when Jesus tells one of thieves that today we would be with him in Paradise, that Abraham, Isaac and Jacob were among the living, and the story of the poor man who goes to heaven to be with Abraham.

However, there are prophecies which do speak of a last judgment, in which many will be judged to go to heaven or hell.  So what of these passages?  It depends on the person.  While some are judges immediately and go to heaven or hell after death, others or not.  They are not ready - and enter an intermediate state known as the "spiritual world."  It is in this intermediate area that there are periodic last judgments.  One of them occurred when Jesus descended to that area after his crucifixion, before He rose from the dead. There are ancient Christian traditions that declare this, and some passages here and there, but this is not so well known among the public. It was revealed in great detail to Emanuel Swedenborg.

There are two Christian sects in particular which state that after death, one enters into a period of sleep, to await that final day when everyone will literally rise in reconstituted bodies. And they will wait forever for that day.  One of them are the Seventh Day Adventists.  The other are Jehovah's Witnesses.  Of these, the group I admire the most are the Seventh Day Adventists - because they recognize that the 10 commandments are still valid, unlike Protestants.  Unfortunately, since they do not believe in the afterlife, any evidence for the afterlife they immediately deny with accusations of spiritualism.  Highly unfortunate. For any Seventh Day Adventist who reads this, lets read the first commandment:

I am the LORD your God, who brought you out of the land of Egypt, out of the house of bondage. You shall have no other gods before Me. (Ex. 20:2-3)

So who is that Lord?  He is Jesus, who is Jehovah in human form.  There is no such thing as a trinity of three persons.  Those who declare that, disobey the first commandment. There is a trine of the Divine itself, the Divine Human, and the Divine proceeding as the Holy Spirit, all in one person Jesus Christ.  So any Christian who truly wants to follow the 10 commandments needs to recognize that the doctrine of the trinity of three persons goes against the 10 commandments, and only one God should be acknowledged, Jesus Christ. So instead of concentrating on the fourth commandment, lets focus on the first. Should the Seventh Day Adventist Church correct itself to regard one God in one person, Jesus, and also correct their view on the afterlife...I see some hope for better things in the future for that church.