The Spiritual Meaning of the Woman of the Apocalypse 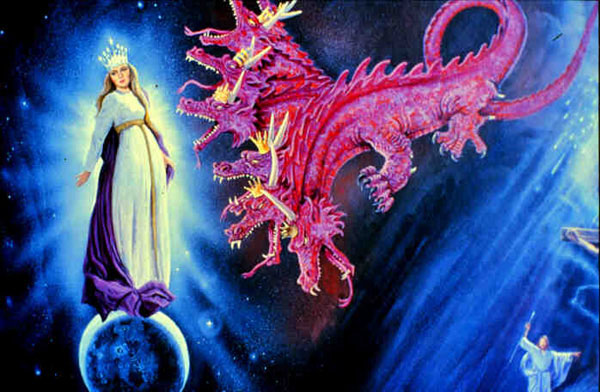 The book of Revelation, or the Apocalypse, is a highly symbolic work.  The most comprehensive interpretation can be found in the works of Emanuel Swedenborg (he wrote 3 volumes entitled Apocalypse Revealed, which was drawn from about 6 volumes of an unpublished work entitled Apocalypse Explained, combined here in one work: The Apocalypse Revealed and Explained). Many others have tried to interpret and failed, and where they failed Swedenborg only succeeded as the internal spiritual meaning was revealed in spiritual visions. Whether or not one believes in visions, the interpretation is rational and consistent.

I would like to focus here on the symbolism of the woman of the Apocalypse, mentioned in chapter 12:


And a great sign appeared in heaven: a woman clothed with the sun, with the moon under her feet, and on her head a crown of twelve stars. She was pregnant and was crying out in birth pains and the agony of giving birth. And another sign appeared in heaven: behold, a great red dragon, with seven heads and ten horns, and on his heads seven diadems. His tail swept down a third of the stars of heaven and cast them to the earth. And the dragon stood before the woman who was about to give birth, so that when she bore her child he might devour it. She gave birth to a male child, one who is to rule all the nations with a rod of iron, but her child was caught up to God and to his throne, and the woman fled into the wilderness, where she has a place prepared by God, in which she is to be nourished for 1,260 days. (Rev. 12:1-6)

In the traditional interpretation, the woman is the church or the virgin Mary, the child is Jesus, the dragon that wishes to devour the child is Herod who tried to kill Jesus after he was born, and the child being caught up to heaven is a reference to the ascension of Jesus. As for the woman dwelling in the wilderness, the Seventh Day Adventists (and others) apply this to a 1260 year period of Roman Catholic dominion ending in the 18th century, which happens to coincide with the time Swedenborg began receiving heavenly revelations concerning scripture, the afterlife, and the Second Coming.

There is an inherent problem in this interpretation: with the way the book of Revelation is structured, this describes future events from John's time, not a flashback of what already happened. That this is so, can be seen from the following earlier commandment of Jesus to the apostle John:


Come up here, and I will show you what must take place after this (Rev. 4:1)

THE SPIRITUAL MEANING OF THE WOMAN

This means the woman, the child, and the dragon describes a future spiritual conflict from John's time. Overall, the book of Revelation describes the final end state of the Christian church itself, and the establishment of a New Christian Church. The woman of the apocalypse seen in heaven represents this New Christian Church, which is seen in heaven as it will be first established in the spiritual realms before being manifested here on earth. Thus the traditional interpretation that identified the woman with the Church is correct, which is supported in scripture as the church is described as the bride of Christ. What the traditional interpretation does not know, however, is that the woman of the apocalypse represents a new age of the Christian church.

So why is the woman clothed with the sun, has a crown of stars, and has the moon under her feet? Some have interpreted these as an astronomical references.  However that is not the case: throughout scripture, the physical sky is used as symbolic reference to the spiritual heaven. The sun, moon and stars have the following meaning:

Thus in the prophetic last days, it is said the sun will turn black, and the moon will be blood red. This is not an astronomical event, but rather signifies that spiritual love and charity will die, and truths will be falsified and profaned. One can see this in that most people talk about religious "faith," but only rarely do they first talk of love and charity, and living a life according to the commandments. If love was the focus, all the religious disputes would disappear.

The spiritual meaning is governed by context, and for the woman to be standing on the moon has an interesting meaning. In this sense, it signifies a state of the New Christian church revealed from heaven, but not yet in conjunction with a church on earth that follows the doctrines of the New Church. If what was revealed from heaven was in union with a church on earth, the woman would have been seen as standing upon the earth. But she is not, which signifies a state in which a revelation is made that is not yet accepted in practice on earth. This is the state where we are today: we have one of the most spectacular Christian revelation sitting right in front of us in the works of Emanuel Swedenborg, and yet so few Christians are aware of it.

The Roman Catholic interpretation is based on their false practice of Marian veneration, and is thus a superficial interpretation. It is "superficial" in the sense that Mary herself is a symbol of the church, but inasmuch as one identifies the woman with Mary the individual it becomes a false interpretation. Both the Roman Catholic and Protestant versions of Christianity will be replaced by this New Christian Church which is first established in heaven. The falsification of Christianity by both the Roman Catholic and Protestant churches are represented by the woman Jezebel in the letter to the church of Thyatira, and the whore of Babylon described in chapters 17-18. As many will hold onto their old traditions with their inherent falsehoods, this will lead to a spiritual conflict between the older traditional Christian churches and the new. This conflict is first described in chapter 11 (see The Identity of the Two Witnesses of Revelation) and continues in chapter 12 of the Apocalypse.


THE SPIRITUAL MEANING OF THE CHILD CAUGHT UP TO HEAVEN

In the traditional interpretation, the child born to the woman that is caught up to heaven is Jesus Christ. Another interpretation is that the child collectively refers to the saints who are "raptured" before a final tribulation (for a more spiritual interpretation of the rapture, see Is the Second Coming a Physical Event or Spiritual Event?).

The spiritual interpretation is not so literal as the above two interpretations. In the spiritual sense, for the woman to be in pain and travailing to give birth signifies the difficult reception of a doctrine in regard to Jesus Christ. In dreams, when one sees woman who is pregnant that signifies a troublesome time, and to be in pain giving birth means to accept a very hard truth. In this particular case, the child that is born represents the doctrine that Jesus is the Divine God Man, who is Divine even as to his human. His human form is known as the Son of God.  It is a difficult truth, because of three primary false doctrines that have infested the traditional Christian church:
The above three points, unfortunately, forms the foundation of modern traditional Christian churches. They accept it without question as the foundation, even though these particular doctrines were not known or generally defined until centuries after Jesus had come. The primary doctrine of the New Church is centered on the Divine Human, and that the true Trinity is the Divine itself, the Divine Human, and the Divine proceeding, which is present in one person, Jesus Christ.

For the child to be caught up into heaven signifies that the doctrine of the Divine Human of the Lord will be protected by heavenly angels, despite intense opposition from those who make God three and separate faith from charity, represented by the dragon. The woman then flees to the wilderness, which signifies that the doctrines of the New Church will be in obscurity and known to a select few people for a long period of time. This represents the present state of the New Christian Church. The story of Enoch ascending into heaven has a similar meaning, which signifies the spiritual knowledge of the ancient church was preserved among a select few for future posterity.

Although Swedenborg does not make the connection, the interpretation that the child born to the woman seen in heaven is the doctrine of the Divine Human can be seen in the spiritual sense of Joseph's dreams (Genesis 37), where Joseph sees the sun, moon and eleven stars bowing down to his sheaf. This is explained in detail in the work Heavenly Arcana (aka Arcana Coelestia or Heavenly Secrets).

Old traditions die hard, and it takes time for those who have been falsely taught since childhood to change their mind. Preconceived falsehoods prevent people from understanding and accepting the truth. I recently heard a minister divide doctrines into three buckets: essential doctrine, bible teachings, and a "gray area" of teachings that don't matter which cause useless arguments. The first thing he mentioned for essential doctrine was of course the trinity, and by that meant a trinity of three persons. Anything outside of that he classified as "heresy" and was worth fighting against. And that immediately brought to mind the image of the dragon fighting against the woman and child of the Apocalypse. He got his buckets right, but dropped the wrong thing into the wrong bucket. What most do not realize is that it is possible to drop that Nicene Creed into the bucket of "gray areas" that do not matter and yet still follow essential doctrines of Christianity (see Oneness Theology vs. a Trinity of Three Persons and Is the Nicene Creed Biblical? Does the Nicene Creed define True Christianity?). 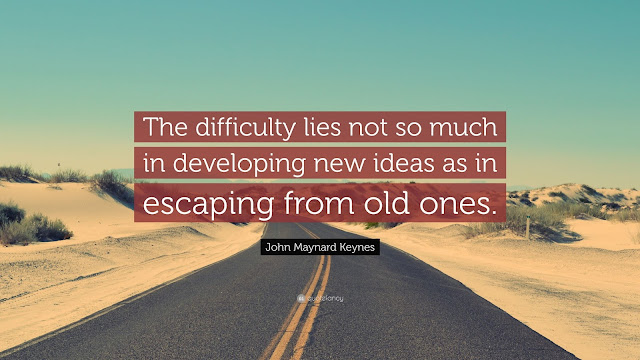