Did Jesus Abrogate or Nullify the Ten Commandments? 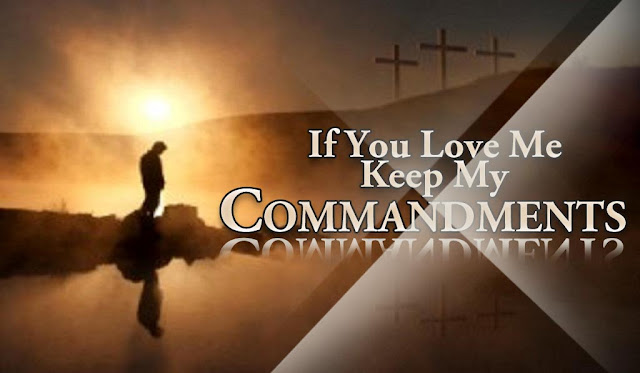 God's revelations to mankind have passed through several ages or "dispensations."  The dispensation of the gospel, or that of Christianity, followed the dispensation of the law or that of Judaism, and this is stated in several instances of the New Testament (John 1:17, Matt. 11:13, Rom. 5:14, 6:14, Eph. 2:15, Col. 2:14).  These dispensations occur when the church of the previous age has become corrupted due to falsity.  So does this mean that Jesus Christ abolished or nullified the ten commandments contained in the law of Moses?  No it does not.  As explained in the The Fallacy of Salvation and Justification by Faith Alone, just as there are different meaning to the word "works," so there are different meanings to the word law, as follows:

There are some who whenever they see the word "law" in scripture they think it refers to any work that one does, which is not true.  The portion of the law that was abrogated are the external rituals of the Mosaic law, #4 in the list above.  Paul uses the word "ordinances" (Eph. 2:15, Col. 2:14) when speaking of the laws that were abrogated, and Paul uses a similar word to describe Jewish rituals elsewhere (Heb. 9:1, 9:10; Rom 2:26).  Jesus also confirmed that it was the external rituals of the law of Moses that were abrogated (Mark 7:14-19, John 4:21-23).  The reason this was so is that the Jews were given many symbolic rituals that were prophetic of the Christian dispensation, or as Paul states, "shadows of things to come" (Heb. 10:1, Col. 2:17).

In the Old Testament these laws are distinguished into commandments, judgments, and statutes.  When one looks at the word statutes in scripture, it is clear that these refer to the external rituals which were abrogated by the coming of Jesus and dispensation of Christianity, which Swedenborg confirms in his analysis of scripture:


“In many passages in the Word, "judgments," "commandments," and "statutes" are mentioned; and "judgments" there signify civil laws, "commandments" the laws of spiritual life, and "statutes" the laws of worship. That "judgments" signify civil laws, is evident from Exodus (xxi., xxii., xxiii.), where the things commanded are called "judgments" because according to them the judges gave judgments in the gates of the city; nevertheless they signify Divine truths, such as are in the Lord's spiritual kingdom in the heavens, for they contain these in the spiritual sense; as can be seen from the explanation of them in the Arcana Coelestia (n. 8971-9103, 9124-9231, 9247-9348). …"commandments" mean the laws of life, especially those contained in the Decalogue, which are therefore called the Ten Commandments; while "statutes" mean the laws of worship which related especially to sacrifices and holy ministrations; and "judgments" mean civil laws; and as these laws were representative of spiritual laws, they signify such Divine truths as are in the Lord's spiritual kingdom in the heavens.” (Apocalypse Explained, n. 946.4)

The ten commandments or Decalogue do not belong among the statues or external rituals, and are not abrogated or nullified by the coming of Jesus.  In fact, Jesus confirmed the 10 commandments when he stated that the two great commandments were to love God and love one's neighbour (Matt. 22:36-40): the first four commandments of the Decalogue concern love towards God, and the last six commandments concern love of the neighbour.  Thus the 10 commandments were put on two tables of stone.  It sums up the Christian life, for Jesus said if one loves him, they would follow the commandments (John 14:15).  Paul confirmed this when he said only the doers of the law are justified (Rom. 2:13, 10:5) and that love is the fulfillment of the law (Rom. 13:8).  Those who say we are justified by faith alone, without doing anything, are greatly mistaken (see also The False Theological Definition of the word "Grace").


THE TEN COMMANDMENTS OF THE NEW TESTAMENT


In the New Church, following the 10 commandments is one of its main pillars of doctrine, the other worshiping one God in one person, Jesus Christ.  There are other Christian organizations that emphasize the 10 commandments: these include the Seventh Day Adventists, Messianic Jews, the Worldwide Church of God, and other Christian organizations known as "Sabbatarian" (see Sabbatarianism).  And this leads us to a very interesting question... 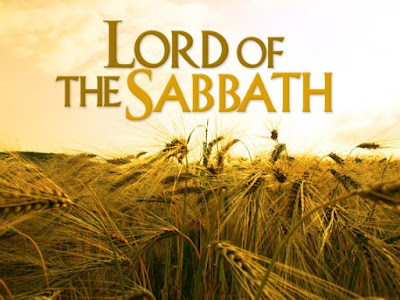 The Sabbath day is Saturday (to be precise, it is Friday evening to Saturday evening), and it is part of the 10 commandments.  So was it abrogated or not?  It is is an interesting question, for it is part of the 10 commandments or Decalogue, and yet many of the Jewish feast days were part of the statutes which were abrogated (see Col. 2:16).  And if it is not abrogated, should we stop Sunday worship?  It has become part of an endless debate between Sabbatarians and those who worship on Sunday.  The argument between the two is unnecessary, and I will explain why.

The external form of Jewish observance of the Sabbath, which was merely a day of idleness and no work, has been abrogated.  The Sabbath, under true Christian worship, is now changed into a day of instruction and doing good towards others.  That the external form of the Jewish worship on the Sabbath was abrogated, is clearly taught by Jesus (see Matt. 12:1-13, Mark 2:23-3:5, Luke 6:1-10).  But throughout the gospels it is clear that for Jesus the Sabbath is a day of instruction in Divine things, and doing good towards others.  Jesus healed on the Sabbath many times (see Luke 13:15-16, 14:1-6, John 5:9-10, 7:22-23, 9:14), which in the spiritual sense means to become spiritually healed by removing evils.  Jesus did not just heal on the Sabbath just to annoy the Jews; he did it to show the spiritual meaning of the Sabbath.  Sabbath means rest, and spiritual rest and peace is achieved when one conquers from laboring against evil and falsity during temptation, and was ultimately fulfilled the day Jesus rested before He rose from the dead.  This is explained by Swedenborg when discussing the spiritual sense of these passages, and is summed up in his work True Christian Religion:


"The six days represented His labors and combats with the hells, and the seventh day His victory over them and thus rest. And because that day was representative of the close of the Lord's whole work of redemption, therefore it was holiness itself. But when the Lord came into the world, and the representations of Him therefore ceased, that day became a day of instruction in Divine things, and thus also a day of rest from labors, and of meditation on such things as relate to salvation and eternal life; as also a day of love toward the neighbor. That it became a day of instruction in Divine things is plain from this, that the Lord on that day taught in the temple and in synagogues (Mark vi. 2; Luke iv. 16, 31, 32; xiii. 10); and that He said to the man who was healed, Take up thy bed and walk; and to the Pharisees, that it was lawful for the disciples on the Sabbath day to gather the ears of corn and eat (Matt. xii. 1-9; Mark ii. 23-28; Luke vi. 1-6; John v. 9-19); by each of which particulars in the spiritual sense is signified to be instructed in doctrinals. That that day became also a day of love toward the neighbor, is evident from what the Lord did and taught on the Sabbath day (Matt. xii. 10-14; Mark iii. 1-9; Luke vi. 6-12; xiii. 10-18; xiv. 1-7; John v. 9-19; vii. 22, 23; ix. 14, 16). From these and the former passages it is plain why the Lord said that He is Lord also of the Sabbath (Matt. xii. 8; Mark ii. 28; Luke vi. 5); and because He said this, it follows that that day was representative of Him." (True Christian Religion, n. 301)

As the Sabbath is now a day of instruction, it becomes a day of rest, but resting from work is not the primary purpose of the Sabbath as it was among the Jews.  In another passage Swedenborg lists those commandments which are binding, those which are optional if considered "useful," and those which have been abrogated (see Heavenly Arcana, n. 9349.4).  The commandment to literally do no work on the Sabbath is one listed as optional if considered useful.  Likewise, the feasts of the Passover, Pentecost and Tabernacles are considered optional if seen to be useful.  Thus in the Christian church, Passover is now celebrated as Easter, and Pentecost is celebrated as the day when the Holy Spirit was given.  The feast of the Tabernacles did not become celebrated within Christian tradition, as many do not know that this feast day actually marks the day when Jesus was born, who "tabernacled" among us (John 1:14).


WHAT OF SUNDAY WORSHIP?

Many are probably surprised that Saturday, not Sunday, is the Sabbath.  Does that mean we should stop worship on Sunday?  No.  In the early Christian church, there was Sabbath instruction followed by a day of worship on Sunday, which was called the "Lord's Day"  which is mentioned in the Apocalypse (Rev. 1:10).  That the early church met on the Sabbath for a day of instruction, followed by a day of worship on Sunday as the Lord's Day, is documented historically in the first four centuries of the Christian church (see the article Lord's Day, and Acts 20:7).  It was only later that church councils stopped Sabbath days of worship.  Thus the argument between Sabbatarians and those who worship on Sunday I see as unnecessarily divisive.  Both days should be honored.

Within the Roman Catholic Church, the apparitions of Mary at Fatima Portugal support the idea of honoring both the Sabbath and continuing to honor the Lord's Day on Sunday.  The angel mentioned a practice to restore a form of Saturday worship once a month in the Catholic Church:


“I shall come to ask... that on the First Saturday of every month, Communions of reparation be made in atonement for the sins of the world.”

Reparation involves confession, communion, the rosary and meditation.  These practices are given by way of permission to the Catholic Church, and other churches should use their free will in their form of worship.  In the New Church, the Sabbath is known to be a symbolic representation of the Divine Human, as well as a state of rest from temptation from evils, but it is also taught it should be a day of instruction.  For instruction to happen, dedicated time must be set aside - and it should be the Sabbath.  Worship honoring the Lord's day on Sunday should continue as well, as it did in the early church.


THEN WHY THE INCARNATION? 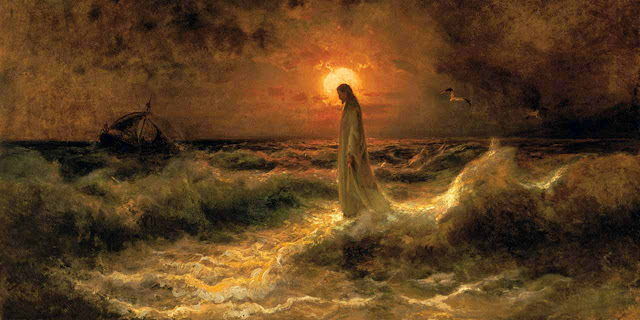 By the time Jesus came, the power of hell had gained control over humanity, and the entire human race was threatened with damnation as it had become corrupted to the point where it was losing its capacity to do good, as contact with heaven was being cut off by the power of hell.  This is why Paul calls the law one of "sin and death," for mankind was losing its spiritual capacity to fulfill it as it was under the power of hell.  There was no transference of sins, but rather Jehovah took upon a human form to fight against all of hell through the temptations He endured through the human form, until He conquered and reordered heaven and hell.  In such a way, the power of hell was subdued, and God's power through the Holy Spirit became available to mankind.  Through the Holy Spirit, we now live in the spirit through Jesus Christ to live by the 10 commandments.  Thus Jesus fulfilled the law, and did not destroy it (Matt. 5:17-18); and through a spirit of love, the 10 commandments are fulfilled:

This is the true faith: to live by the 10 commandments, through the grace of the spirit we have now in Jesus Christ.
Posted by Doug Webber at 10:51 PM