The Spiritual Meaning of Palm Sunday

As Passover approaches, I noticed an increased interest in the post The Spiritual Meaning of Passover.  A "spiritual Passover" takes place whenever one decides to remove a sinful behavior in one's life. Removal of evil is the first step on any spiritual path, and deliverance from hell. For anyone enslaved to a sinful behavior - which is symbolized by the slavery of the Israelites in Egypt - one's will is enslaved by evil spirits. For we are not truly individual beings - all of our thoughts originate from the spiritual world, and it is our choice whether we follow the heavenly world or the one from hell. This is the true origin of human free will.

As I already discussed the symbolism of the Passover ritual, what is the spiritual meaning of Palm Sunday which preceded Passover? Palm Sunday commemorates the day when Jesus entered Jerusalem:


The next day a great multitude that had come to the feast, when they heard that Jesus was coming to Jerusalem, took branches of palm trees and went out to meet Him, and cried out: " Hosanna! ' Blessed is He who comes in the name of the LORD!' The King of Israel!"
Then Jesus, when He had found a young donkey, sat on it; as it is written:
"Fear not, daughter of Zion; Behold, your King is coming, Sitting on a donkey's colt."
His disciples did not understand these things at first; but when Jesus was glorified, then they remembered that these things were written about Him and that they had done these things to Him. (John 12:12-16)

Some skeptics may just say that Jesus did this as he was well versed in scripture. However the prophecy of Zechariah is more remarkable from the statement that comes right after it:


He shall speak peace to the nations; His dominion shall be from sea to sea, And from the River to the ends of the earth (Zech. 9:10)

The Jews of course expected a literal king to restore the kingdom of Israel, not realizing that his kingdom was spiritual - his kingdom on earth is the church. And the Christian Church honoring Jesus certainly spans from sea to sea and is found in every corner of the earth. Who could have predicted that?

Most who read this passage state that the reason why Jesus rode in on a donkey into Jerusalem was to fulfill the prophecy of Zechariah 9:9, and will get no further than that. If we ask questions like, WHY a donkey? And WHY honored with palm branches? No one will answer. Because hidden behind these literal historical events, and the prophecies predicting them, is a hidden spiritual symbolism. It is only when one understands the spiritual symbolism can this be applicable to everyday life.


THE SYMBOLISM OF A DONKEY 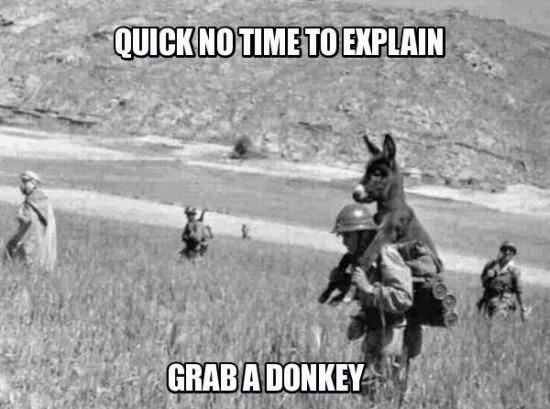 Every person, object or animal has a spiritual symbolism, signifying something about the inner psychology of the soul. There is a correspondence between every material thing with a more eternal, abstract spiritual idea. A donkey is mentioned along with an ox in the tenth commandment:

The tenth and final commandment speaks concerning desire for material things - thus it is mentioned last, for the desire of material things is furthest from following God (the first commandment). In a more general sense, the tenth commandment speaks against the love of self and the world, which opposes everything in the 10 commandments. But note the pattern in the commandment: first house and wife, then male and female servant, then ox and donkey. So why such word order? Again, even the order of the words has a spiritual meaning. Things will either relate to that of the will or doing good, or it will relate to that of the thought or knowing the truth:

The ox and the donkey are animals which represent the lowest natural desires of any person. Animals, in general, represent affections, as opposed to plants which in general represent truth. So why should it be declared that the Messiah should ride on a donkey when entering the city of Jerusalem?  The reason is: to enter the church (Jerusalem), one must subordinate one's natural desires to the Divine truth (the King on the donkey).


To ride upon an ass was a sign that the natural was made subordinate, and to ride upon a colt the son of a she-ass was a sign that the rational was made subordinate. That the son of a she-ass signified the same as a mule, has been shown above (at the passage from Gen. xlix. 11). From this their signification, and because it belonged to the highest judge and to a king to ride upon them, and at the same time that the representatives of the church might be fulfilled, it pleased the Lord to do this (Heavenly Arcana, n. 2781.8).

And this is the reason why in the Old Testament there are so many laws given concerning one's ox and donkey:


Since by an ox and an ass the natural man as to good and truth is signified, many laws were therefore given in which oxen and asses are mentioned, which laws at first sight do not appear to be worthy of mention in the Divine Word; but when unfolded as to their internal sense, the spiritual meaning in them appears to be of great moment (Heavenly Arcana, n. 2781.10).

THE SYMBOLISM OF PALM TREES

So what of the palm trees, what do those signify? Palm trees were used in rituals from ancient times. It was one of the trees to be used in the Jewish feast of tabernacles:


Ye shall take for you in the first day the fruit of a tree of honor, spathes of palm-trees, and a branch of a dense tree, and willows of the torrent; and ye shall be glad before Jehovah your God seven days (Lev. 23:40)

Moreover, it is said that King Solomon carved angelic cherubs, palm trees and flowers for decorating the temple of Jerusalem (1 Kings 6:29, 32). And palm trees were used also in Ezekiel's new temple (see Ez. 41). But that is not all, this symbol is very ancient. Here is a carving of angelic beings taking fruit from a palm tree from ancient Assyria: 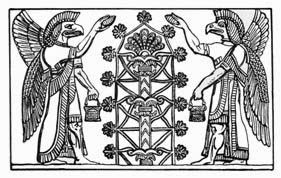 Here is another example from ancient Assyria: 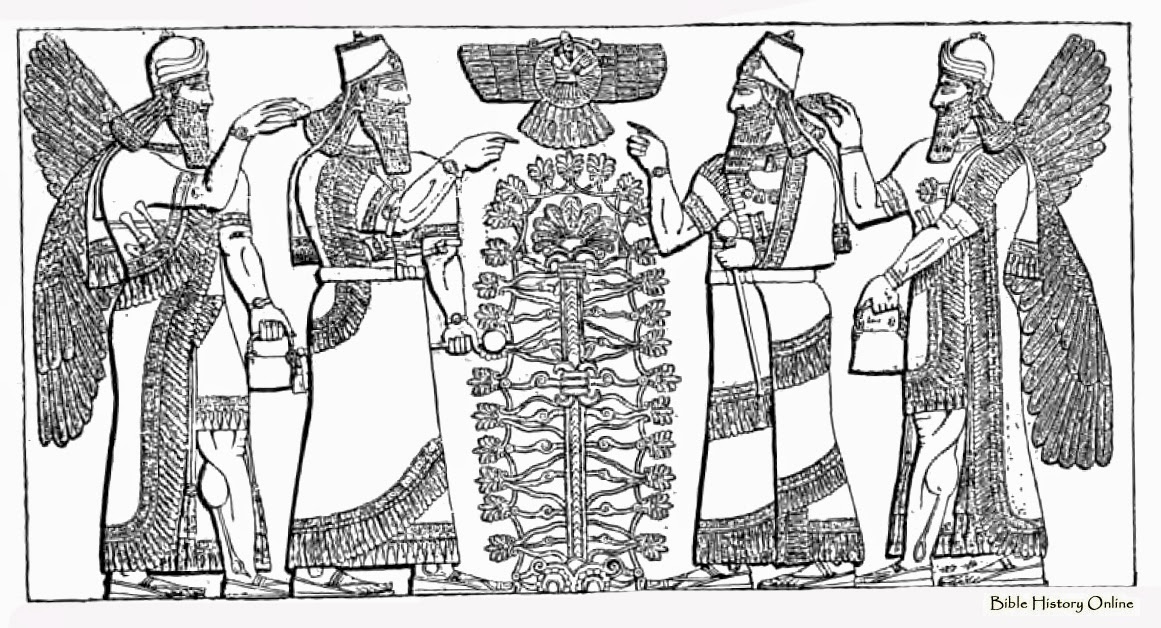 There are many more depictions of the sacred palm tree, which can be drawn from ancient Egypt and Mesopotamia. There was once a shared symbolism across the Middle East, and this was from a more ancient revelation that had preceded Abraham and Judaism. Some of these symbols, such as the palm tree, survived in Biblical scripture. But it is so ancient that all of these meanings have been lost. What does the palm tree signify? Why would it always be portrayed in the temple? Here is what Swedenborg had to say:

And there is another interesting comment on the passage from Leviticus:

So its beginning to make sense: first comes the subordination of the natural man, our lowest self, and bringing our selfish desires under control. Our lowest self is signified by the donkey. A spiritual affection for the truth is signified by the palm trees: this is the second step after purification or repentance from sin. And the third step? God's spirit begins to dwell within us: this is signified by Jesus riding on the donkey as he enters Jerusalem. This is something that I had described in The Three Steps of Spiritual Development. The three steps are:


So the first act for any spiritual path is to bring the natural person under control - that is controlling one's desires, and fighting against them. If we are not willing to acknowledge a sin as a sin, and just ignore it, we are stuck outside the door. But repentance brings us into the door of the spiritual temple. Thus Jesus rides on a donkey when he enters Jerusalem. What does he do next? In the synoptic gospels, he cleanses out the temple of money changers. This is what happens to us when we cleanse our inner selves of material desires.
Posted by Doug Webber at 1:45 PM