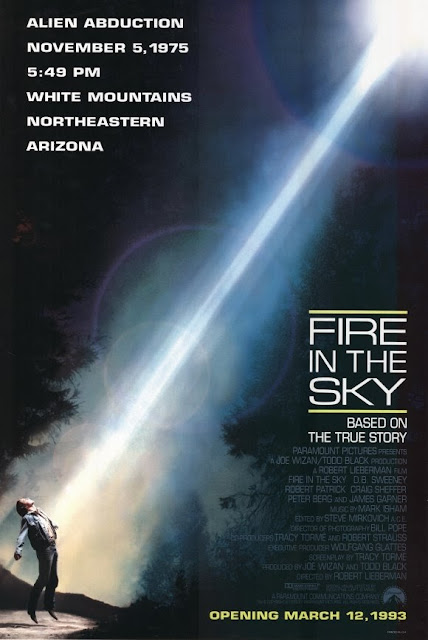 In the previous blog, I summarized a NASA study which classifies ETI [extraterrestrial intelligence] contacts as benevolent, neutral, or hostile. I want to move onto a particular ETI contact scenario: UFO abductions. I would say this particular ETI race may think of us as a lab rat, a "pet" or a specimen of some scientific experiment. The previous NASA study was significant in that is recommends that we should protect information on our biology, and warns of some consequences should that happen. Probably the general public thinks the abduction reports are just a figment of the imagination or "sleep paralysis." That is not the case. Facts and evidence point to numerous ETI contacts being made. These have occurred on a worldwide scale, and yet, the government does not publicly admit to them - this fits into the government behavior pattern of non-disclosure. The reasons for non-disclosure were given in the previous blog post. In case after case, the government behavior pattern will tend to fall into one of the following categories:


1. A claim of no knowledge about this. This is because most publicly elected officials do not know. Knowledge is restricted to particular military and intelligence agencies.
2. A denial.
3. Discredit the witness. Spread disinformation. Create hoaxes. Falsify and distort the facts.
4. Media blackout, so the government does not have to respond.

The first most well known abductee case was that of Betty and Barney Hill of 1961...again fitting a pattern of a more general contact during the years 1952-54. The problem with these cases is that very few of them leave direct physical evidence, the majority occurs with one individual, and the most bizarre part about it: the memory of the incident is erased and can only be recovered under hypnotherapy. There is a lot of research in this area. Researchers include Budd Hopkins, Dr. David Michael Jacobs, and the late Harvard psychiatrist John Mack (plus many others). Most scientists do not touch this area, and at the beginning, even those who researched UFOs completely avoided this topic. I thought this was an isolated incident but it is not: it is widespread, and it continues to happen at the present time. For loss of memory, consider how in human psychology, when humans suffer a traumatic event, the memory is blocked out as a defense mechanism. Not only that, but scientists are now beginning to learn how memory in the brain can erased and altered: see the article Scientists can implant false memories into mice. Abductees have often reported that their missing time has been covered up with a false memory.

As the memory of the ETI contact is in most (not all cases) erased, abductees tend to notice something is wrong when they are missing time. They may notice strange marks on their body: the most common unexplained mark on their body is a "scoop" mark as if a skin sample was taken. Moreover, there have been medical exams where an implant was discovered in the body with no entry point, and tests showed these would give off a radio signal. When the implant is removed, the radio signal would stop. But what doctors would notice is that the body tissue was not rejecting the foreign material, it bonded to it in a strange way: its as if the body tissue and ordinary rock together gave off a radio signal. In other words: humans are being tracked in the same way scientists tag and track animals in their studies. When I first heard about abductions, there was no physical evidence, but that is not the case any more. Dr. Roger Leir of California has removed a few of them. In one startling case, the item removed from the abductee was a meteorite sample! And this from an official report from Los Alamos laboratory which does nuclear weapon research. SO HOW DOES A METEORITE BECOME EMBEDDED IN AN ALLEGED UFO ABDUCTEE? See the following video, which discusses some of the physical evidence of abductee cases:

So the above covers the physical evidence, what about witnesses? Normally there are no witnesses to an event. There is one major exception: the abduction case of Travis Walton in Snowflake Arizona in 1975. There were seven witnesses to the event - Travis Walton went missing for about a week, there was a wide search, and local authorities began to suspect murder. Travis eventually woke up by a pay phone, and had no idea he had been gone that long:

The incident became so famous, it was made into a movie, Fire in the Sky. I do NOT recommend the movie, as the script writers altered the story of the abduction from the story in the book. Here is Travis Walton, who still speaks about the event over 30 years later:

Pictures of the actual witnesses can be found here: http://www.travis-walton.com/witness.html. What did Travis Walton remember? Although being gone for days, he only remembers about 2 hours. Here is a summary of the events of the abduction:

* As Walton moved away from the disc, a beam of blue-green light came from the disc and struck him. He rose a foot into the air and shot back 10 feet while caught in the glow of the light. His right shoulder hit the earth, and his body sprawled limply over the ground.
* Thinking Walton was dead, the other six men sped off in fear in the truck away from the flying saucer. This is what I call a rare case of a "botched" abduction, which is what makes it unique. If they had stayed, they would have been taken as well and had their memory erased.
* When Walton awoke, he was in a white room on a table and thought he was in a hospital. That is, until he saw three alien greys around him. He jumped off the table getting ready for a fight, and the trio simply left him alone in the room.
* He stepped out of the room and walked into another that had a chair in it. When he sat in it, he activated a hologram of a planetarium showing stars. A similar planetarium is shown in the Disney movie Mission to Mars.
* Getting up from the chair he turned, and then saw a tall human figure wearing blue coveralls with a glassy helmet. The man's eyes were larger than normal, and a bright gold color.
* The man motioned for Walton to follow him. He was led down a ramp which exited a flying saucer. The area was similar to an aircraft hangar which contained other flying saucers.
* He then met two other men and a woman of similar appearance. They would not answer his questions but only smile. They brought him by the arm to a table, and before he knew it the woman put something over his face and he lost consciousness.
* When he awoke, he was just outside a gas station. He looked up and saw a craft shoot away in the sky.

And that's it. You would think that the government would do some kind of study, right? No. Instead they keep telling the public that they keep looking with their SETI program and have found nothing.

So this event was known throughout all the media, and it is still discussed. It gained so much publicity that it was decided to make a movie out of it, Fire in the Sky. And now we have this interesting story from wikipedia:


During the early stages of publicity for the film, Walton was contacted by a man who claimed to have been hunting with his wife in the same area where Walton saw the UFO. The man reported that they had seen a disc that shot a beam of blue light, then flew off into the sky. As an active military intelligence officer, the man said he had reported the sighting to his superiors, who told him to keep quiet unless Walton's coworkers were actually charged with a crime related to the disappearance.
Walton judged the man's story plausible, and notified Tracy Tormé, who had written the screenplay for Fire in the Sky. Tormé arranged for the man to undergo a polygraph administered by Cy Gilson, who had conducted the polygraphs on the logging crew nearly 20 years before.
Gilson asked the man two sets of questions: The first regarding the UFO sighting and the man's claims to being a military intelligence officer; the second concerning whether the man was colluding with anyone ...in order to discredit Walton, and whether a military superior had indeed ordered the man to keep quiet about the UFO report. The man insisted his account was truthful.
Gilson decided that the man was lying about all his claims and, furthermore, that he deliberately tried to mislead Gilson and fool the polygraph. Walton speculated that if the man had passed Gilson's exam, his presumed associates would have stepped to the fore with evidence to discredit Gilson's polygraph methods and thus discredit the loggers who had early been deemed truthful following Gilson's exams.

And this pattern of behavior, where some other person comes in to try and discredit these stories when the leak out to the press, happens again, and again, and again. It is constant. I would like to jump into more contactee reports - there are plenty - but they require a cautious look at the evidence. This is all in line with keeping the public in the dark. The reasons for it are explained in the government studies in the previous blog post.

So why would this be covered up? Because some abductees may have gone permanently missing. That is why I wanted to publish the study The NASA Study on Extraterrestrial Contacts first before I delve into this more deeply, because different ETI races can be benevolent, neutral or hostile.


UPDATE: WHAT IS THE MOTIVE?

I have been thinking about where this trail of evidence is going. It it going somewhere quite strange. Let us assume a large amount of people are being abducted for medical testing on a wide scale. What is the motive? I think we need to pay more attention to The Extraterrestrial Science of Dr.(?) Michael Wolf.  In the mean time, I highly recommend the movie Oblivion. It makes you think about a theoretical ETI contact scenario. Here is a trailer, I will not reveal any details about it. I remember when I was thinking about it, I encountered another person who had a dream describing the exact plot line, which had something to do with her mother. This person had not seen the movie.