The Terminal Dilemma of Edward Snowden

Edward Snowden, a consultant who worked for the NSA as a computer administrator in Hawaii, suddenly left his job and went to Hong Kong, and revealed that he was the source of the leak to the media that the NSA listens in on the phone calls of U.S. citizens. The U.S. then revoked his passport and tried to extradite him from Hong Kong, but he was able to book a flight to Havana Cuba with a stop over in Moscow. Without the passport, he was not able to make his connecting flight to Cuba, to the chagrin of the journalists that took a seat on the same flight. Ever since then, has remained holed up at the Moscow international airport terminal while he tries to seek political asylum in various countries.

So one part of this story puzzles me. It is beginning to dawn on people that Snowden has not revealed anything new. Here is a news story which discusses how the NSA was listening in on phone calls to track down a certain fugitive:

Yes, thats right: this is a clip from the Simpsons movie showing the NSA listening on phone calls. That story was out in the public many years earlier. I caught one comment from an Obama official: it is not this leak they are worried about, it is what he may leak in the future.

So now we have Edward Snowden holed up at the Moscow international airport terminal, perhaps for a very long time due to his passport and political asylum issues. This story sounds familiar. Oh thats right. This is exactly what happens in the movie called The Terminal:

So in this movie Viktor Navorski gets trapped in the New York airport terminal after this obscure Russian province called "Krakozhia" suffers from a coup and the government is overthrown. His passport gets revoked, and due to his legal limbo he is forced to live in the New York airport terminal. This time, instead of a Russian getting trapped in an American airport terminal, we have an American getting trapped in a Russian airport terminal. Both have their passports taken away. Someone in the movie says of Viktor, "I think he is CIA." Snowden is not with CIA, he was with NSA. A U.S. Customs official becomes obsessed with getting rid of Viktor. Likewise, Putin and the Russian government want to Snowden to just leave. Viktor Navorski leaves a very small unknown province of Russia. Snowden leaves a plush job in Hawaii, the smallest state of the U.S. One other difference: Victor Navorski is forced to find sleeping quarters lying on some chairs at the terminal. Russia shows a bit more hospitality by allowing Snowden to stay in a Russian hotel. Yes, truth is stranger than fiction.

Oh, but it gets better. Remember the Russian spy Anna Chapman who was kicked out the U.S. from New York with nine others in 2010? 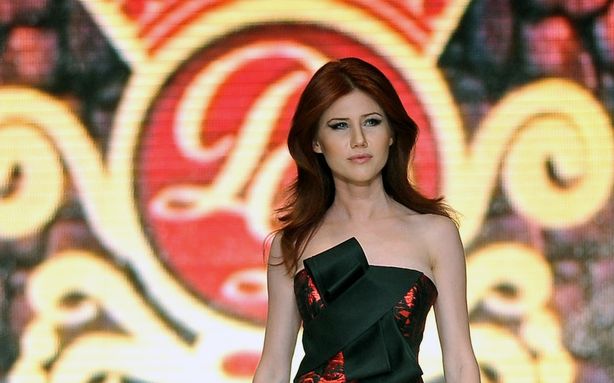 Over the weekend she proposed marriage to Mr. Snowden:

"Snowden, will you marry me?!"

Then she tweeted this message to the NSA:

"@nsa will you look after our children?"

Ouch. That hurts. That is just below the belt. Unfair. The Russian secret service is probably laughing their heads off right now.

Let's see. Snowden's options are now...accept Venezuela's offer of asylum...but that involves a flight from Moscow to Havana, Cuba which apparently flies over U.S. territory, allowing the U.S. to perhaps intercept the flight. Or accept the marriage proposal to Anna Chapman. That would give him Russian citizenship allowing him to stay. But I have doubts about Anna Chapman. Why? Russian agent Anna Chapman 'came close to catching top Obama official in a honey trap,' FBI counter intelligence chief claims. From wikipedia:


In 2012 it was reported that Chapman had almost caught a senior member of U.S. President Barack Obama's cabinet in a honeytrap operation. A primary motive behind the move to round up the ten-person spy ring in which she was a member. The plan would have involved Chapman seducing her target before extracting information from him.

So do the likes of Russian spy Anna Chapman appear in the movie, The Terminal? Well, Viktor eventually falls in love with a flight attendant Amelia, played by Catherine Zeta-Jones. Amelia, like Anna Chapman, has a questionable background: she was having an affair with a married government official. Also, Catherine Zeta-Jones plays a role in a revealing film, Entrapment: 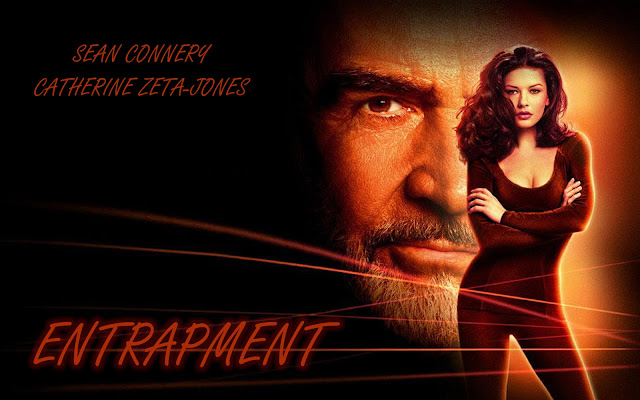 Is this a coincidence or what? In the movie The Terminal, Amelia uses her government contact to eventually get Viktor out of the airport terminal.  So if I were to give advice to Edward, a marriage proposal from Anna Chapman is a no go. But there is another option: try a Russian match making service. The next dilemma is where to take her out on a date? Let me make a suggestion. I know this great place for a romantic date, and it happens to be close by: the Sheremetyevo Internation Airport in Moscow. I bet you didn't think of that one! In case you are unfamiliar with it, here is a map: 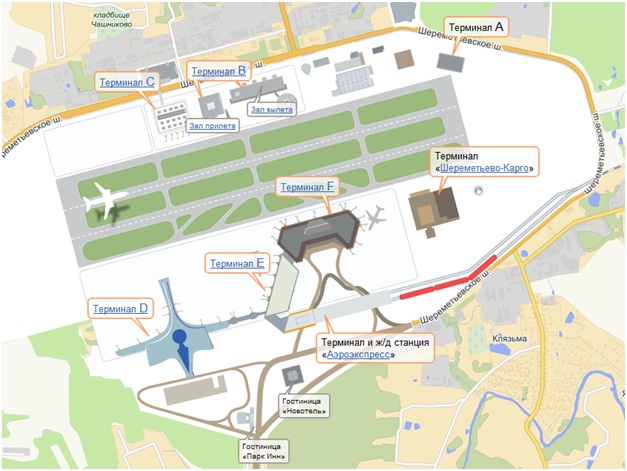 So imagine that. You can take your date, strolling from gate to gate, watching the happy faces of the passengers as they come and go. I just don't understand why they decide to leave such a place to travel elsewhere. I am sure there is a cafe there as well, and later...a dinner at one of the airport restaurants. Then to top it off...well there are no horse drawn carriages available, so let me suggest a romantic ride in an airport baggage cart: 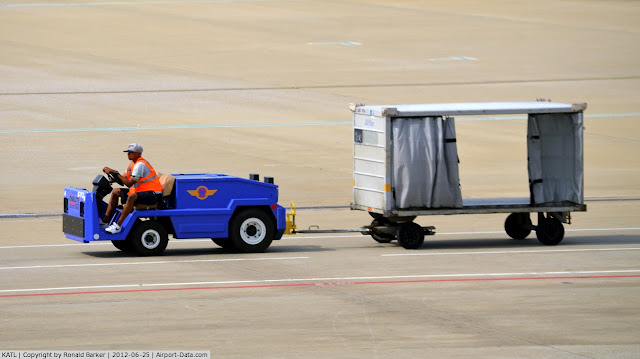 Look, it even has curtains there for privacy! And don't forget to buy her some flowers...real ones, not plastic.  Then make your proposal, but make sure you shout so she hears you over the roaring engines of the airplanes. There is just one slight problem: there is no marriage chapel in the airport. I have heard that the consular office at the Sheremetyevo airport "is not responsible for registering marriages." To get married, you need someone to turn a blind eye to allow you to step out of the terminal to have your marriage ceremony. I would suggest doing it inside a taxi in case the police start running after you. And in this case, make sure it is a civil marriage, not Orthodox. Orthodox ceremonies take too long, the police are sure to get you before then.

In the movie The Terminal, the small republic of Krakosia suffers a military coup and loses its freedom. What is the issue here? Well in the United States the NSA violates the fourth amendment of the U.S. Constitution through its domestic surveillance programs. Here is a summary of the Fourth Amendment:


The Fourth Amendment (Amendment IV) to the United States Constitution is the part of the Bill of Rights which guards against unreasonable searches and seizures, along with requiring any warrant to be judicially sanctioned and supported by probable cause. It was adopted as a response to the abuse of the writ of assistance, which is a type of general search warrant, in the American Revolution. Search and seizure (including arrest) should be limited in scope according to specific information supplied to the issuing court, usually by a law enforcement officer, who has sworn by it.

So while U.S. representatives and military are very upset about Snowden, I do not hear a single voice - not one - who is defending and upholding the U.S. Constitution against illegal wiretapping.  The big excuse here is that NSA needs to do it to protect us against terrorists. Well guess what? Before the attack of September 11, there was this secret military project called Able Danger which identified the terrorists that were plotting the attack. And once they were identified, for some reason they were told to stand down and not investigate them. This was in the year 2000. See it for yourself:

So go ahead and do your surveillance. Just leave U.S. citizens out of it without a warrant.
Posted by Doug Webber at 11:43 PM