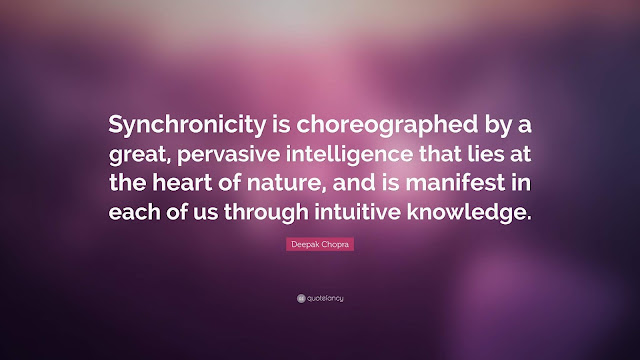 Yesterday this girl asked me if unicorns and fairies are real.  I told her this: that if she wanted to see a unicorn or fairy, pray, and perhaps she would see one in your dream.  But...you must make an effort to remember your dream in the morning.  Well this morning I asked her if she remembered anything and she said yes, but there were no unicorns or fairies.  When I asked her what did she see, she described a dream to me which she thought was funny and did not understand, but when she told it to me I was completely surprised: the dream was describing certain thoughts and events on my mind that I had told no one.  She thought it was silly but when I heard it...well I would have been less surprised if I had gone to a psychic who would of then proceeded to tell me what was on my mind. The details were way beyond coincidence.

So what is going on here?  Why most would shelve this story to the "unexplained" folder and then forget about it, Swedenborg offers insight into these kinds of unexplained phenomena that do not fall into the materialistic view of the universe.  His inner sight was opened for a period of 25 years where he could enter the realm of the spiritual world and heaven at will, under God's guidance. He demonstrated that something was going on by showing evidence of clairvoyance in his interactions with the people he knew.  One time he went to sleep, had a dream, and upon awakening he entered the spiritual world in his vision and asked some angelic spirits concerning the dream he had.  As it turned out, the dream symbolically portrayed the conversation of these two angels.  When eternal abstract thoughts pass from the spiritual world into our mind, our mind converts these thoughts into peoples, places and things that we daily experience that represent these abstract ideas. There is this constant spiritual influx which flows from the spiritual world into the soul, from the soul into the mind, and from the mind into the body. Evidently this little girl thinks I am holding some secret about unicorns, and so desired to know it, that in her dream somehow picked up the current thoughts inside my head (which had nothing to do with unicorns).


PREMONITIONS OF THE SINKING OF THE TITANIC

So while dreams of little children are easy to ignore, novels containing details of events to come, borne out later by the events that have taken place...these are a bit harder to ignore. Authors, who always seek inspiration for their books, sometime seem to tap into this hidden spiritual influx flowing into our minds, and unwittingly pick up details concerning the future.  The most famous case of this is a short story called Futility, later renamed The Wreck of the Titan...that predicted the details of the sinking of the Titanic in the year 1912.  The night that the Titanic was sinking, the visionary Anton Johansson heard a voice commanding him to pray for the souls that were about to die on that ship.  Here is a short Youtube video which discusses the details of this novel in how it remarkably describes the events of the sinking of the Titanic:

While researching this a bit more, I discovered that Morgan Robertson, the author of Futility, said that he had written the story in 1898 after having received a very powerful dream. There were many other reported premonitions of the sinking of the Titanic, but this was the most famous one.  Other web sites discuss even more similarities between the novel and the event than the ones discussed in the above video.


OTHER PRECOGNITIVE AND PROPHETIC NOVELS

How common is this?  Well I don't know, but I found an interesting quote from the author Philip K. Dick, who has written such stories as Total Recall and Minority Report, which were later made into movies.  Here is a quote from a speech he gave in 1978 entitled "How to Build a Universe That Doesn't Fall Apart Two Days Later":


In 1970 I wrote a novel called Flow My Tears, the Policeman Said. One of the characters is a nineteen-year-old girl named Kathy. Her husband's name is Jack. Kathy appears to work for the criminal underground, but later…we discover that actually she is working for the police. She has a relationship going on with a police inspector. The character is pure fiction. Or at least I thought it was.
Anyhow, on Christmas Day of 1970, I met a girl named Kathy--this was after I had finished the novel, you understand. She was nineteen years old. Her boyfriend was named Jack. I soon learned that Kathy was a drug dealer. I spent months trying to get her to give up dealing drugs…. Then, one evening as we were entering a restaurant together, Kathy stopped short and said, "I can't go in." Seated in the restaurant was a police inspector whom I knew. "I have to tell you the truth," Kathy said. "I have a relationship with him"…
In 1974 the novel was published by Doubleday. One afternoon I was talking to my priest…and I happened to mention to him an important scene…in which the character Felix Buckman meets a black stranger at an all-night gas station, and they begin to talk. As I described the scene…my priest became progressively more agitated. At last he said, "That is a scene from the Book of Acts, from the Bible! In Acts, the person who meets the black man on the road is named Philip--your name"…
I went home and read the scene in Acts. Yes, Father Rasch was right; the scene in my novel was an obvious retelling of the scene in Acts...and I had never read Acts… But again the puzzle became deeper. In Acts, the high Roman official who arrests and interrogates Saint Paul is named Felix--the same name as my character. And my character Felix Buckman is a high-ranking police general; in fact, in my novel he holds the same office as Felix in the Book of Acts: the final authority. There is a conversation in my novel which very closely resembles a conversation between Felix and Paul.

Many years ago I had read the book Flow My Tears, the Policeman Said by Philip K. Dick...perhaps the only one I have read.  And I never knew the precognitive significance he later attached to that book until recently.


SYNCHRONICITY THAT IS STRANGER THAN FICTION


1. A passenger boards the Titanic in 1912. He then has a dream which tells him to read the book Futility written in 1898. He finds the book, and picks it up. As he reads it, he realizes that this book Futility is describing the sinking of the Titanic. But he knows it is a work of fiction. He has to warn someone...but he knows that if he warns the crew and passengers of the Titanic that the ship is going to sink because of what he read in a fictional novel, they would just tell him it is just a work a fiction.

2. Kathy, who is nineteen years old and is dating a policeman, has a dream and is told to read Flow My Tears, the Policeman Said, by an author she happens to have just met.  And right there in the book, there she is, along with her boyfriend Jack.  What is she to think of this event?

Such an event is something Carl Jung would call "synchronicity" - coincidences in our lives that just go beyond explanation.  But this goes beyond synchronicity: you are told in a dream to read a book, and there you find yourself inside the book.  Such an event is the subject of a movie made in 2006, Stranger Than Fiction, where an IRS tax man starts to hear a woman's voice that begins to describe his life. He wonders about his sanity...but then realizes he is hearing the thoughts of a female author who is writing a book...and he is in it.

So is this a hypothetical situation? Something that would only happen in a movie? Well hearing that voice of the narrator. But it is possible to pick up a book and read the narrator's story, who happened to have listened to that inner source of inspiration concerning the future. It is not hypothetical, I have experienced it:. I once decided to follow up on a dream which specifically mentioned a certain book, so I picked up and quickly skimmed over it. At first I didn't notice anything. This was because the book was huge, with an enormous amount of details. But at the end, I saw a small detail that had at first escaped my attention...I then went back to the beginning, and saw which character I was in the book...from that I figured out which characters were my family, which were my friends...and then it got stranger...some of the names and dates began to match up.  There were events which have occurred, and some events of the future...these have taken place in the past few years.  At one point I called up this friend of mine and began asking him a list of questions...like, did he ever have a pet horse, in what year was he born...did he meet a wandering stranger in 1956: and it all began to fall in place. Yes, aspects of my life is in the book, as well as aspects of lives of other people I know, and events surrounding them. At first this friend of mine had no idea why I called him up out of the blue and asked him such a strange series of questions, but now he has been in on the secret for several years. His take on it is that sometimes our lives tend to follow patterns that are contained in ancient myths.

It is, of course, a work of fiction. But mixed in with the fiction there are some remarkable details and coincidences, some highly symbolic...some describing events that I have witnessed. So, is life strange than fiction? For me, yes. So what would you do, if you were a passenger on the Titanic, and started to read the book Futility because you were told to in a dream? Would you tell the passengers and the crew of your experience? I am still trying to make sense of it, to see how this story is really going to end. It goes to show: our lives have more meaning than what meets the eye, there is nothing random, nothing coincidental: all things have a hidden purpose to them.
Posted by Doug Webber at 10:57 PM