How Truth and Actions have a Ripple Effect

Jesus once said, "You shall know the truth, and the truth shall set you free."  The truths that we know, the truths that we are taught, lead and guide us how to act.  Religion is not just belief.  It is action in which the will and thought commits an intent.  Intent, will & thought, action: Emanuel Swedenborg called this end, cause, effect.  In every action that is committed, in the afterlife we will be judged by our intent in committing the action.  Do you do good to appear good to others, for honor and sake of reputation?  That is evil.  Because that is serving the love of self, which is opposite to the love of God.  Did you do something for the sake of others?  That is good.  Did you do something for the sake of the good or need you saw inside the other person?  That is even better.  Because the good inside a person originates from God: and doing something to server that is the love of God.  It is important that actions serve a useful purpose.

In the afterlife review, one can see how our smallest of actions have a ripple effect.  This is also known as the "butterfly effect."  Our deeds, the work of our hands, can have an effect in ways that we do not even see: 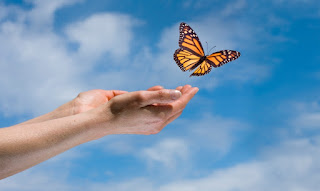 It is not until one's life is brought into correspondence with a true intent, that the intent becomes living:

End, Cause and Effect make one, but are distinct from each other:


So also it is in the spiritual world; as the end, cause, and effect are distinct from one another, so in the spiritual world are love to the Lord, charity toward the neighbor, and the works of charity. When these three become one or exist together, the first must be in the second, and the second in the third. As in the works of charity, unless charity from affection or the heart is interiorly in them, they are not works of charity, and unless love to God is interiorly in charity, it is not charity. (Heavenly Arcana, n. 5608-3).

Any theology, philosophy, or religion which specifies belief only, this spiritual correspondence is broken.  In this matter, the Protestant theology falls short.  Matthew 25 speaks of the final judgment, where those who spoke in God's name, and confessed him on their lips, were rejected because they did not commit their beliefs into action.  These passages of scripture, and many others, Protestants pass over with a blind eye since they make the will of man nothing, as if humans were passive subjects with no ability given to them in the will.

The truth shall set you free.  How important is the truth?  Truth fights against what is false.  When the truth exposes falsity, especially religious falsity, people get threatened. I would like to point to a beautiful butterfly effect of this world, Malala Yousafzai: 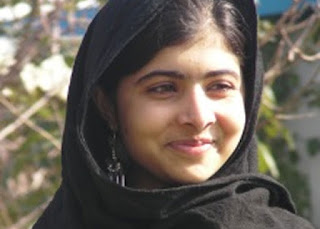 In 2009, at the age of 11 or 12, Malala began writing a blog for the BBC talking about her life under the Taliban, documenting their attempts to take over a region of Pakistan, and promoting education for women.  Most take child education for granted.  And for promoting education for women, the Taliban sent some young men, whom they probably brainwashed with their ideology, and shot in the head.  Miraculously, she survived and is currently recovering in a hospital in the United Kingdom.  And what began as a small butterfly  effect, began to ripple across the world, as more people became aware of the importance of having education for women.  In that part of the world - India being the worse in this regard - many women are married off at a young age, without knowing what they are getting into, resulting in many loveless marriages, or worse.

So although this event has brought about universal condemnation, understand that the people who committed this act thought they were doing the right thing.  In other words, they made use of Islamic Sharia law to justify their actions.  We act according to the truth that we know: and at times, what we think is true is actually false. Truth or falsity determines one's actions.  And once someone has persuaded their mind that something is true, when it is actually false, it is very hard to change it. There are brainwashing and propaganda mechanisms that make effective use of this.  After the failed assassination attempt, the Taliban issued a public statement defending their action, and stating that they would do it again to finish her off.  Why? They then started to cite passages from Islamic Sharia law:

The Taliban statement further challenges – with Quranic and religious references – condemnation of the assassination attempt on the tender-aged girl, adding that it is a clear command of Shariah that any female playing a role in “war against mujahideen” should be killed.
“If anyone argues that she was female, and then we can see the incident of killing of wife by a blind companion of Prophet Muhammad (PBUH) because she used to say demeaning words for the Prophet and the Prophet praised that act,” it argues equating the TTP act with that of a the prophet’s companion.
The statement goes on to defend the attack with a reference from the time of Hazrat Khizar, a revered figure in Islamic history who was described as a righteous servant of God and endowed with the qualities of unmatched wisdom and mystic power.
“If anyone argues about her young age, then the story of Hazrat Khizar in the Quran (states that) while traveling with Prophet Musa (AS), (he) killed a child. Arguing about the reason of his killing, he said that the parents of this child were pious and in the future he (the child) would cause a bad name for them,” adds the statement. (from dawn.com)


So where does Sharia law come from?  For the most part, it does not come from the Quran, but a set of oral traditions known as hadith.  Different sects of Islam have different sets of hadith, and for the most part they were gathered together in the 8th or 9th centuries.  They are similar to the set of traditions set down by the Jews in the Talmud: they are second or third hand, outside of scripture.  There has not been much literary criticism of the Quran or hadith in the Islamic world, but western scholars who have examined the hadith have concluded that not only are they unreliable but in many cases apocryphal. Despite the attempt to trace the source of traditions to a reliable line of witnesses, many false stories have crept in.

Most Islamic scholars will probably agree this is a distorted use of Sharia law.  In addition to promoting education for women, the Taliban were also upset with Malala for documenting Taliban atrocities in the region...  "men loved the darkness rather than the Light, for their deeds were evil" (John 3:19).  As Jesus said to the Pharisees, "you have made the commandment of God of no effect by your tradition." (Matt. 15:6).  It was from religious tradition that the Jewish leaders decided to kill Jesus.  All of God's commandments are summed up in the Decalogue, you do not need to follow a complicated and unreliable oral tradition.  The sixth one is, "Thou shalt not murder."  Such things as the Talmud or hadith are worthless in comparison with scripture.  And the Quran, by the way, commands Muslims to follow both the Torah and the Gospels.  But the religious leaders hide this from most Muslims, and falsely state that the Bible has been corrupted, ignoring modern scholarship on this issue.  But that again goes against the Quran - it states the Torah and the Gospels are the words of Allah, and states that the words of Allah cannot be corrupted.  No wonder education outside of religious schools is viewed as a threat.

It is easy to point the finger and see what is wrong in the Islamic view of the Taliban.  But that is what they grew up with. Instead of pointing the finger, can we take this, look inwardly, and try to see what is wrong with the religious beliefs that we hold to be true?  When one sees what is false, then the truth shall set you free, and you will be free to act, free to let another butterfly free with the work of your hands.