Is it me, but does't this U.S. election seem a little strange?  Let us summarize, very briefly, the big issues that came up in the last three presidential debates.  First, in order to solve the federal deficit, Romney said he would fire Big Bird.  That means we can celebrate this coming November: 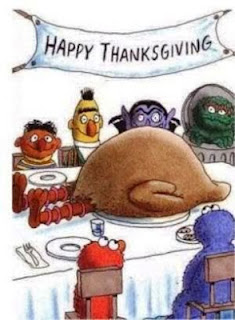 In the second debate, in order to find qualified female candidates - I am not exactly sure how this one came up - Romney mentioned "binders full of women": 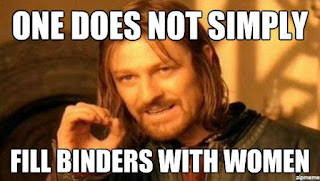 And in the third debate, Romney mentioned how are Navy was smaller than it was in 1916.  Obama responded: “You mentioned the Navy, for example, and that we have fewer ships than we did in 1916. Well, Governor, we also have fewer horses and bayonets, because the nature of our military’s changed. We have these things called aircraft carriers, where planes land on them. We have these ships that go underwater, nuclear submarines.” Ouch. 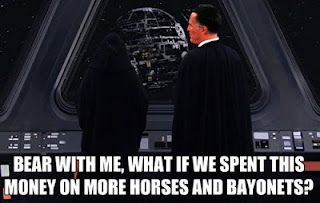 A bit unfair? Lets not forget what Romney did while he was at Bain company: Bain would acquire struggling companies, fire its workers, put the company in debt, and then would have them declare bankruptcy.  In the process, Bain made millions.  Make no mistake: Romney is there to protect the interests of the ulta-rich. He specifically said he does not care about the interests of 47% of the population. They are the ones backing him.  And the problem with this country is the wealth divide is growing: the rich are getting richer, paying less back, and the burden is falling on everyone else.  We are still dealing with disastrous financial decisions made by allowing people to unfairly get rich off the common people, and off of taxpayers money.  The biggest threat facing this country is the growing federal deficit.  While the term "fiscal cliff" sounds ominous, its actually a good thing: it is forcing spending cuts and taxes to be raised.  To sustain our level of spending, the government needs to borrow 30 cents on every dollar spent.

I have not been following politics so much, but one thing I noticed is that Romney shifted to the center during the debates from the far-right.  This threw Obama off in the first debate.  The impression I get is that this man will say anything just to get elected.  But his mannerisms and behaviour reminded me of something: how the Mormon Church trains its missionaries to present a very falsified view of their Mormon religion to potential converts.  It is so skewed, that Mormons themselves do not know a lot about their own religion, because the leadership makes a concerted effort to keep it hidden from them.  How much do I know?  I used to meet with two other guys and we would debate religious topics, or anything else under the sun.  One of them was a Jew, the other was Mormon.  Coincidentally, the Jew would eventually go and work at Bain company, if I remember correctly.  So we had a lot of interesting conversations.

Being open minded, I told the Mormon I would examine his religion.  Of course he was overjoyed to hear this, but I do not think he knew what he was getting into.  I have read the Book of Mormon back to back.  I have read The Doctrines & Covenants.  I have studied the history of the Mormon religion...and I decided to read some books written by ex-Mormons.  When I had told them I would be reading the latter, the immediate reaction was, oh please, do not read those books.  That just raised my curiosity.  What were they hiding?  A lot.  And the majority of people know very little about it.

Where to begin.  First off, the Book of Mormon is a fictionalized history of early America.  But that's not all. The Book of Mormon that Mormons read is not the original - the first version was full of spelling and grammatical errors, and it has gone through many changes.  As Mormonism began in the 19th century, early Mormonism was tainted with real racism.  If one reads the Book of Mormon, people who became sinful had their skin turn dark in color. Later on, they repented.  Their skin then began to turn whiter in color.  Straight out of the book, and they did not even edit that out.  How rampant was this?  Well until the 1970s, only white people were allowed into a certain order of the priesthood or a particular kind of leadership.  The Mormon Church was forced to change because as Mormonism grew in countries outside the U.S., there were not enough white people to fill positions of leadership.  I met one nice lady, she had left Mormonism but did not know much about it, and when I told her this she was not surprised.  As a young girl, she was taught a prophecy that black people would eventually come and destroy the Mormon temple in Utah.  And here we are, a Mormon who happens to be debating the first black president in history.

What else?  Mormonism used to allow polygamy.  How did this come about? Joseph Smith's wife protested about his other mistresses she discovered.  And after she discovered it, afterwards Joseph Smith claimed to have a revelation where God allowed polygamy.  Later on, under pressure from U.S. laws, the Mormon Church reversed its position and disallowed polygamy.  To some members, this did not make sense, so they split from the Mormon Church and continue to practice polygamy to this very day.

What else?  Oh, lets see, Joseph Smith decided to re-translate the King James Bible based on his revelations.  Of course, he added many sections of his own which show up nowhere in the original manuscripts.  Especially on the story of Joseph in the book of Genesis - he added a prophecy about the coming of Joseph Smith.  But when you show this book to the Mormon leadership, they will say that it is not a translation - even though Joseph Smith said it was a translation - but that he is just recording notes of his revelations.  Beware of prophets and leaders who use religion for the sake of their own ego.

Mormonism is pantheistic - they believe in multiple gods.  Jesus just happens to be the god of this planet.  And according to Mormon belief, Mormons who serve their church well will have a chance to be like a god in the afterlife, and rule as the other gods have done.

Am I making this up for the sake of politics?  No I am not.  I try to make sure I separate one's religion from politics.  But just like the Mormon Church, I have seen Romney flip-flop on several items.  When I happened to show this information to the Mormon who was trying to convert me, his faith was greatly shaken.  It was something that he grew up with.  He ultimately stayed with the church, more out of the fact that many Mormons were good people, and his entire family was Mormon.  A false religion is hard to break, especially one that one has grown up with as a child.  Vote as you wish, but please take a look at the facts for yourselves.